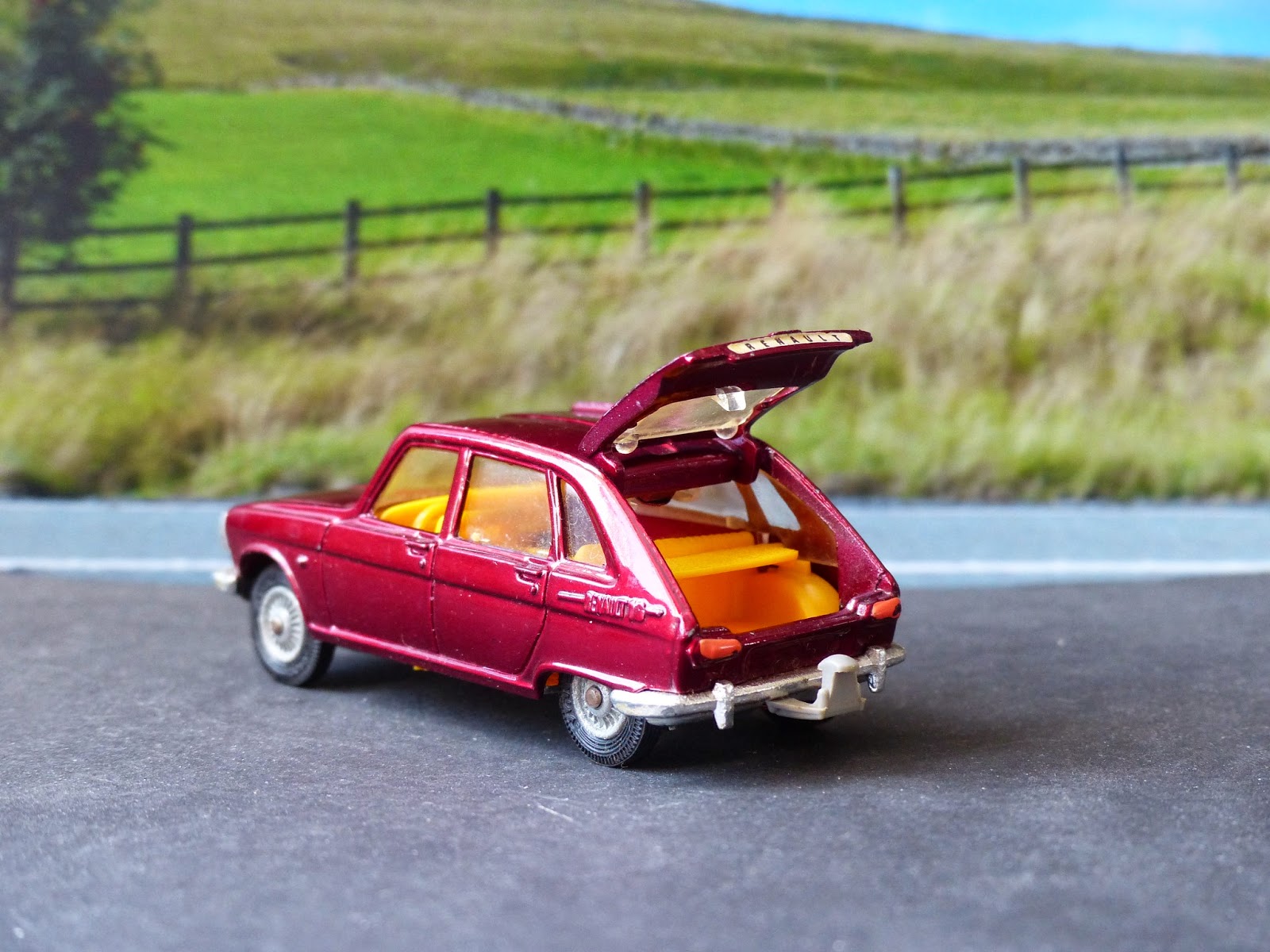 Another model that made two appearances was the Renault 16. First was a Tour de France TV unit camera crew edition in white which came as Gift Set 13 and had a camera, cameraman and cyclist as well as stuff on the side and roof. For just 1969, however, the model on its own was available with cast wheels. It was in a nice shade of metallic red only. By the end of the year it had been replaced by a blue version with Whizzwheels so these red ones are quite hard to find. The Gift Set white one, however, was around for another 3 or 4 years.

This one is in almost perfect condition and has its original box too, a remarkably good find and ideal to plug that #260 hole in anyone's collection. This came out way after I stopped collecting as a child and I can only remember noticing it in passing in a toy shop window. It has a similar device to the Hillman Imp for folding seats but this time the controls work independently for each of the two front seats. The rear parcel shelf lifts up and it is tremendously well detailed, if a bit clunky here and there and slightly too big lettering in the cast on the rear wings.

I think this may have been the last of the era, the last saloon before everything went wrong.

I have no idea why it has a towing hook. Maybe there had been a plan to have a set with another boat or something. It is not on the earlier model so was clearly intended for something at the time.