The Cast of Riviera Blues 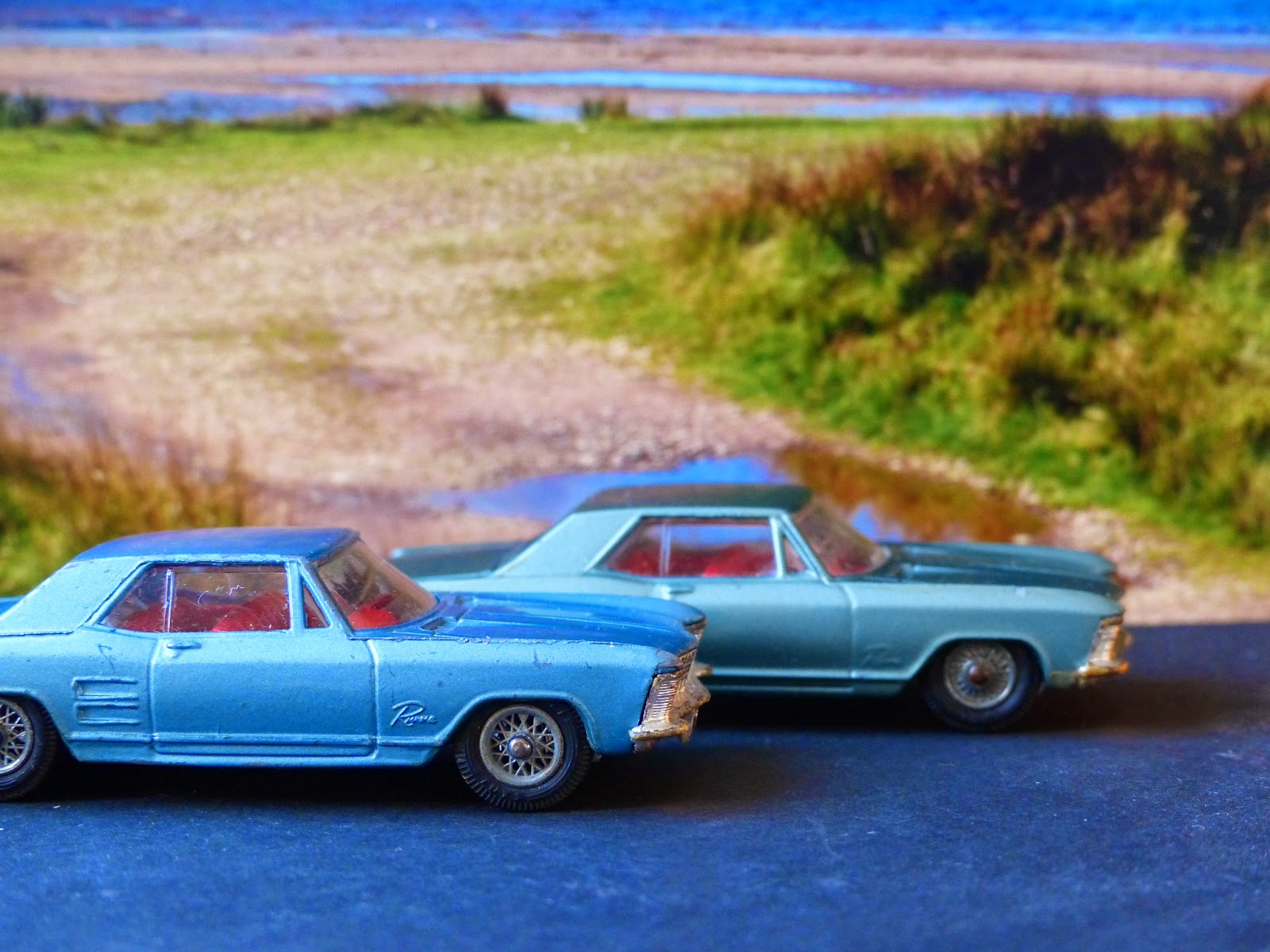 It seems that it was not just the Toronado that came in several distinct shades of blue but the good old Buick Riviera too.  So far, all those I have encountered have been the same sort of of 'normal' blue metallic. Simply blue, I don't know how else to describe it. Now, though, along comes this quite clearly green-blue. It is much more noticeable in reality - the photos, despite my best efforts - don't show the difference as clearly. (I had the same problem trying to capture the difference in two Toronados, strangely enough.) 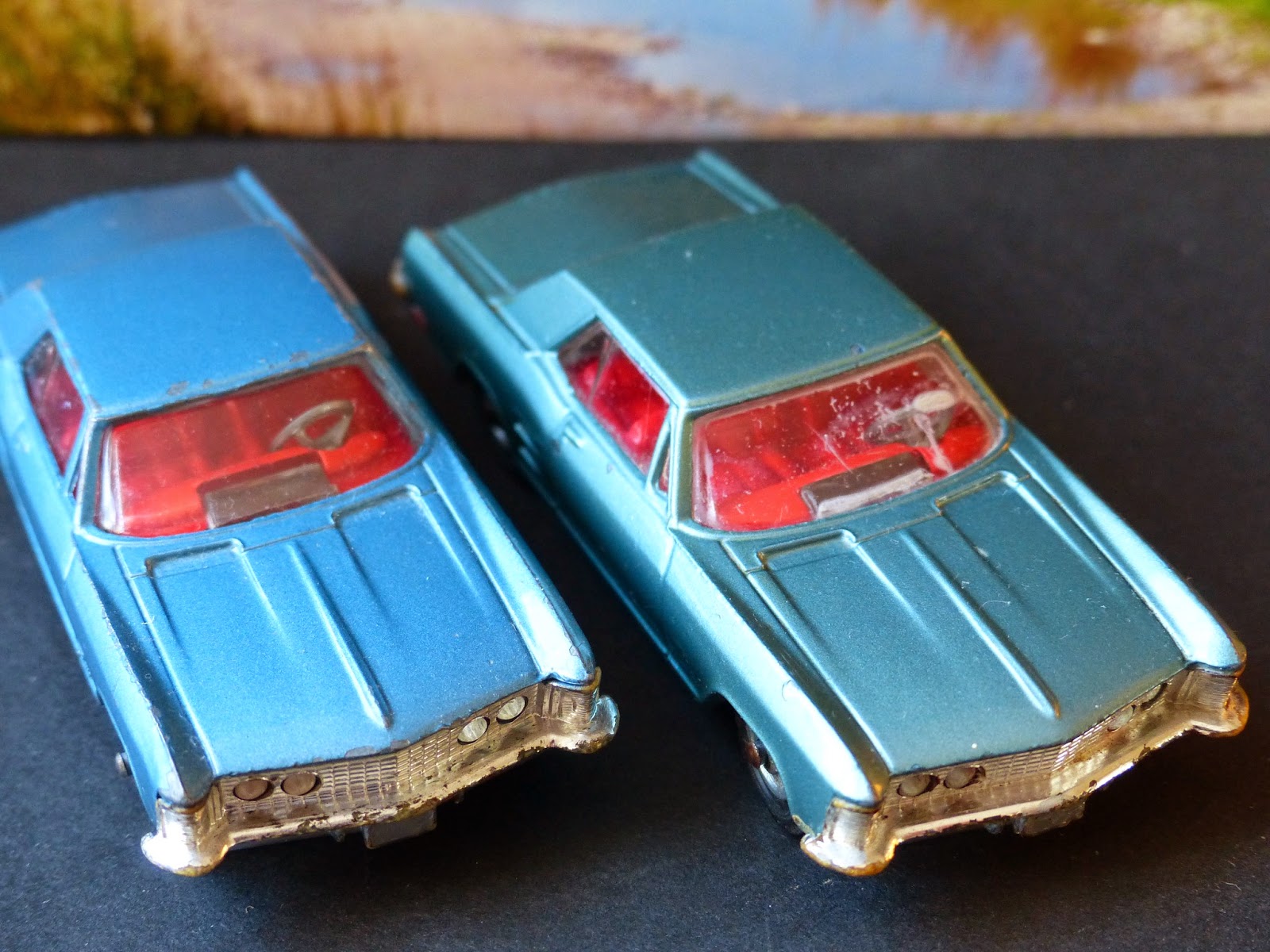 This one has come all the way from America. I was looking for a model with cast wheels which I'd spotted on one for sale. Unfortunately, all that I could find here were a very expensive blue one at around £200 and a tatty one with broken bits in gold. That was cheap enough but was beyond simple repair and I reckoned that it would be fairly easy just to change the wheels if I took it apart and then I couldn't prove that it was the rarer, late version.

So there are a few with cast wheels around and I guess they're not that difficult to find but they are worth looking out for. I'll buy a decent gold one when I find it. Finding the new shade was a bonus. The picture in the advert did look as if it was greenish but I'd put that down to light or just rubbish image processing.