Not something to meet along Bedmond Lane 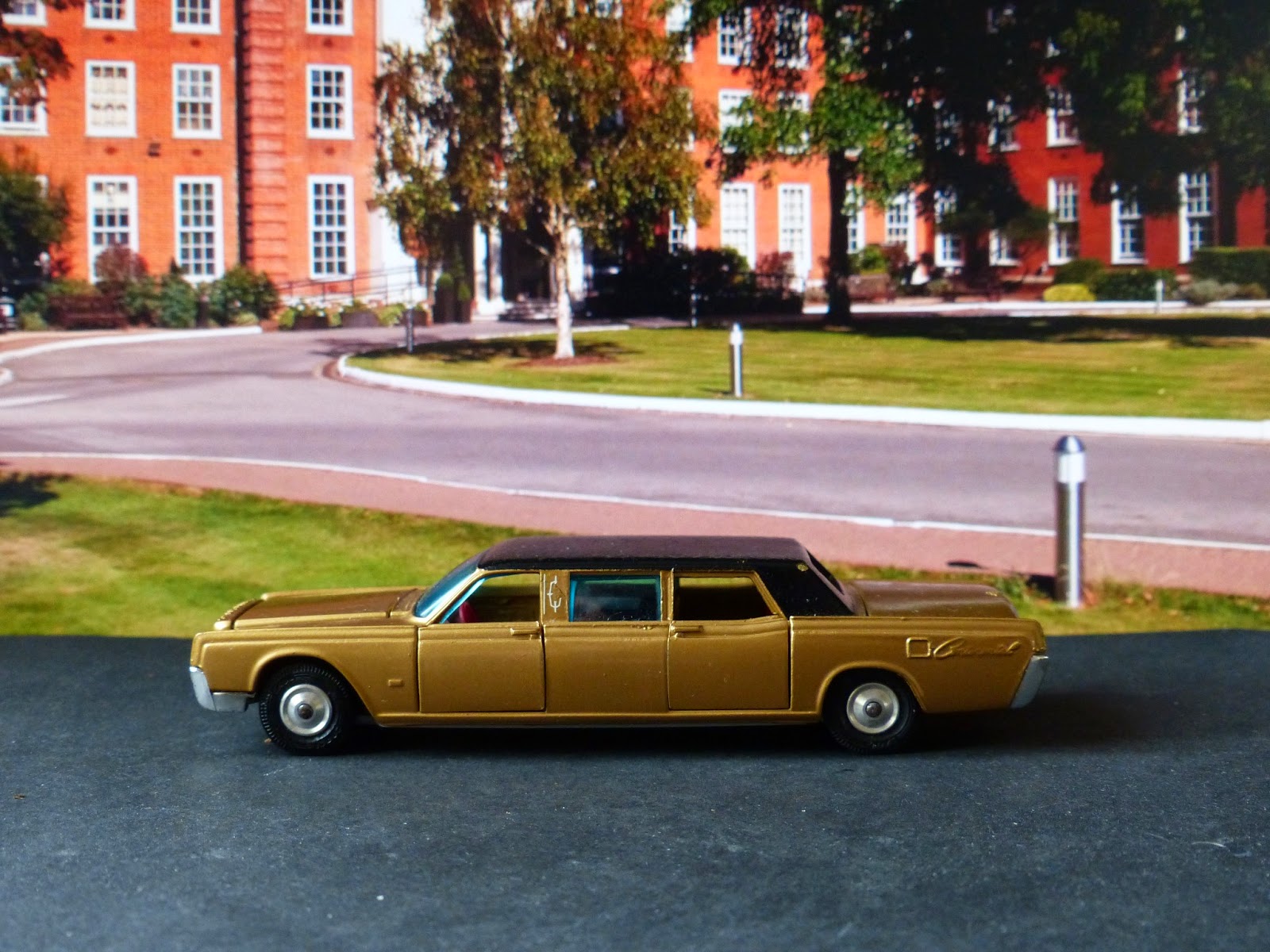 One of my least favourite models is #262, the Lincoln Continental. I felt obliged to have one in stock and it does actually grace the cover of the 1967-8 Corgi Toy catalogue. In fact it stretches from front to back cover. Yes, this is a big car. 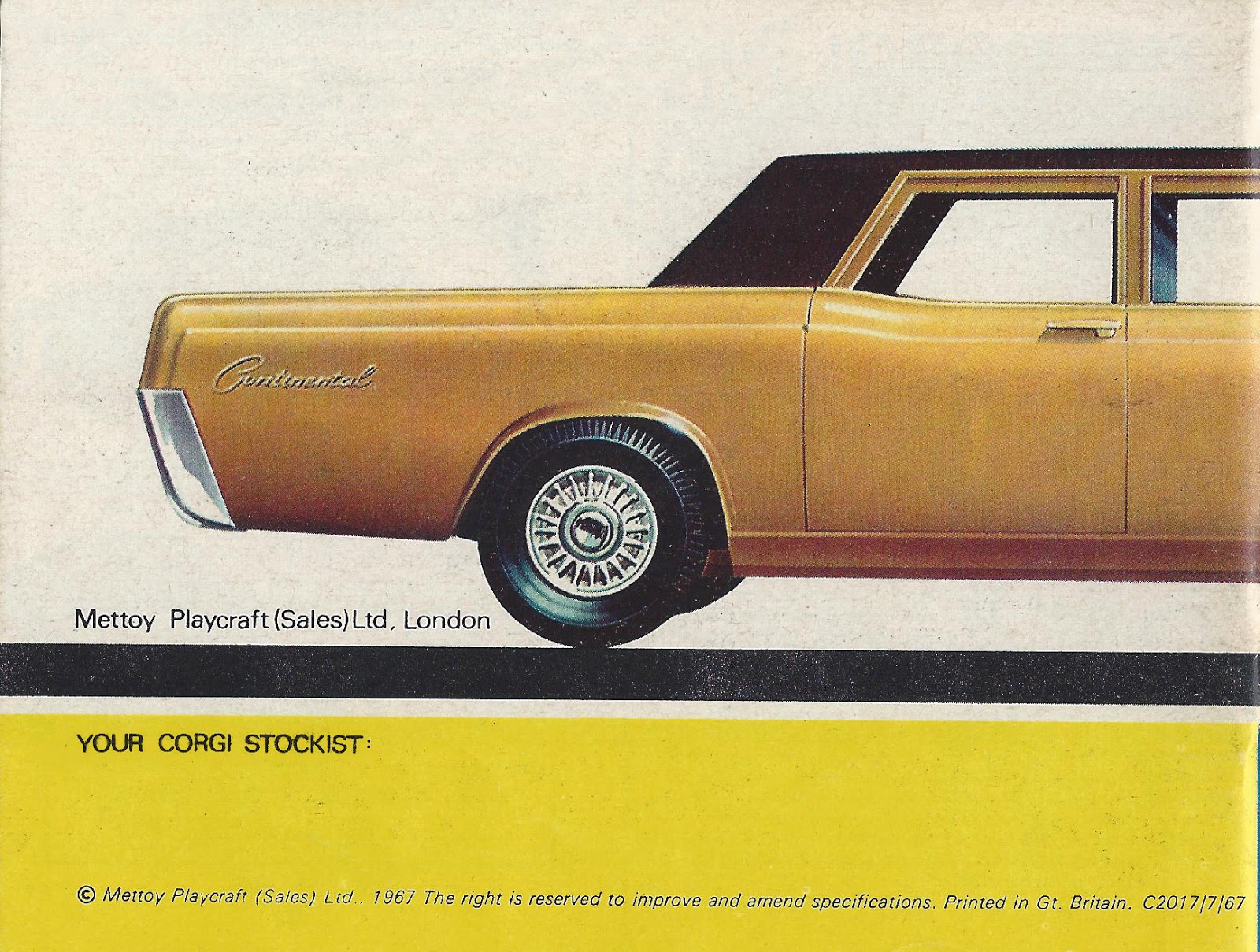 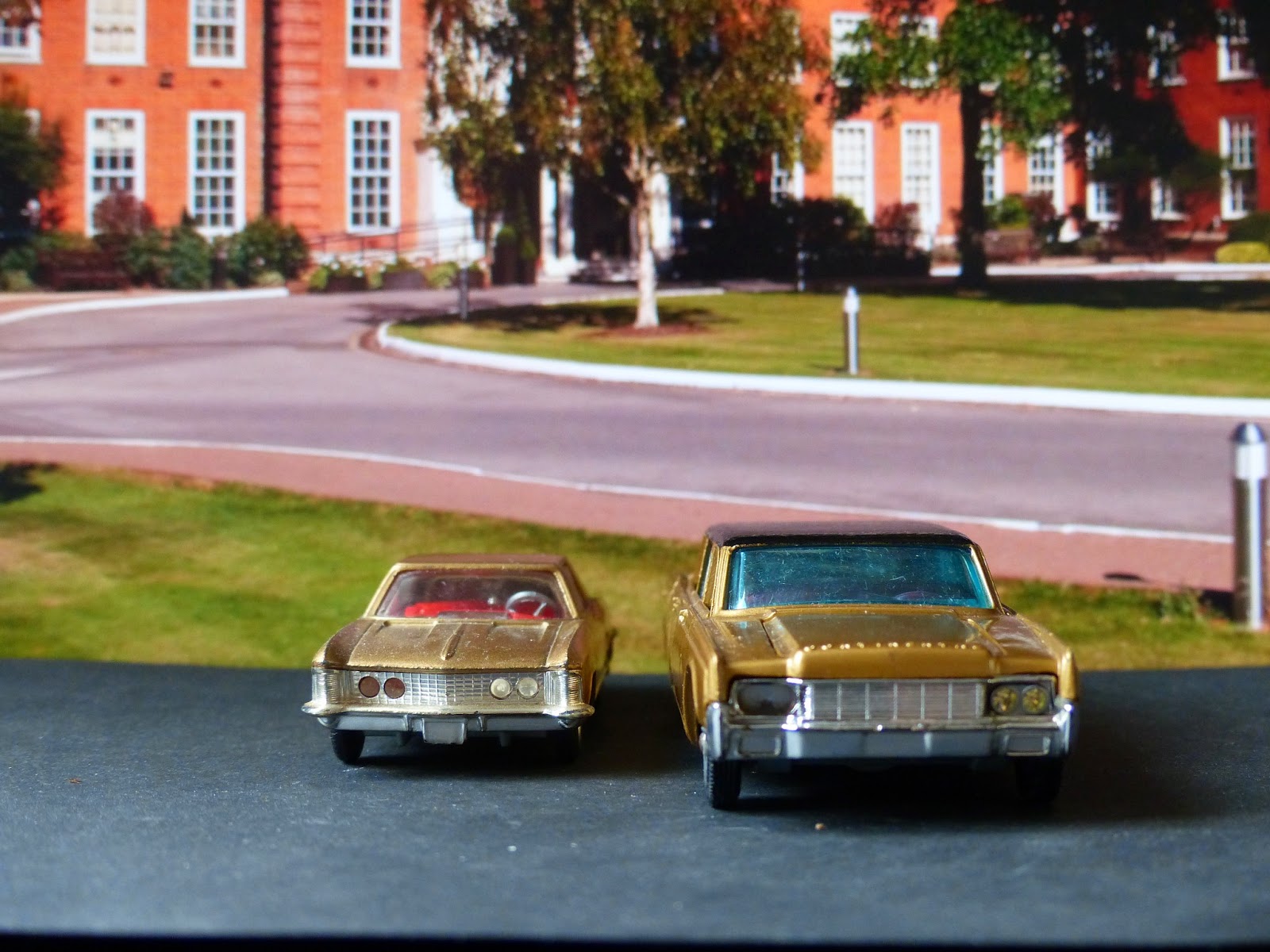 The thing is: it is ridiculously BIG. To anyone driving from St Albans to Kings Langley in 1968, meeting a Buick would have been ruddy inconvenient and required reversing back round the lane by one or other party to find somewhere to pass. This thing appears so huge that it wouldn't even squeeze into the lane in the first place. 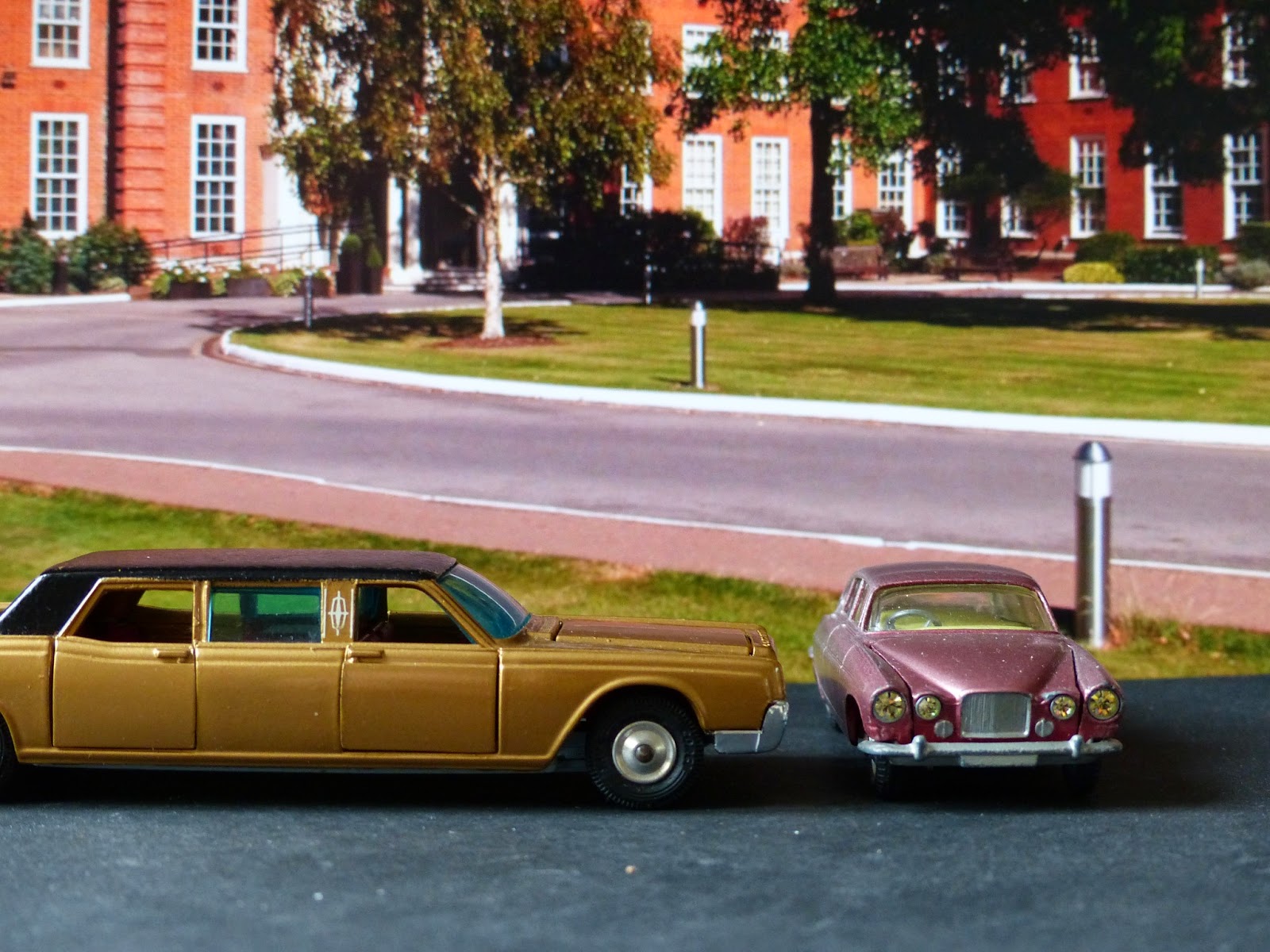 Surely, Corgi really did get the proportions wrong on this one. Well, maybe the proportions are right but the scale can't be. Look at how it compares to our own home-grown beast of a Jaguar X Type. Even if we accept it was a bit stretched and longer than other cars, the width and height can't be right. Just the doors look massive.

I have not read that a different scale was used but it has to be larger. Maybe someone knows. If it had been produced nearer the end of the era then I might have understood but this is still at a time when great models were being made that did look OK. I never had one at the time. This has a battery compartment in the base that powers a light to display a TV screen on which different slides can be shown. The boot and interior have a sort of flock paper fancy blue carpet. Plenty of doors open but there's no rear window. I thought mine was missing but it seems this is normal. It's well made, very solid and generally looks good from all angles. 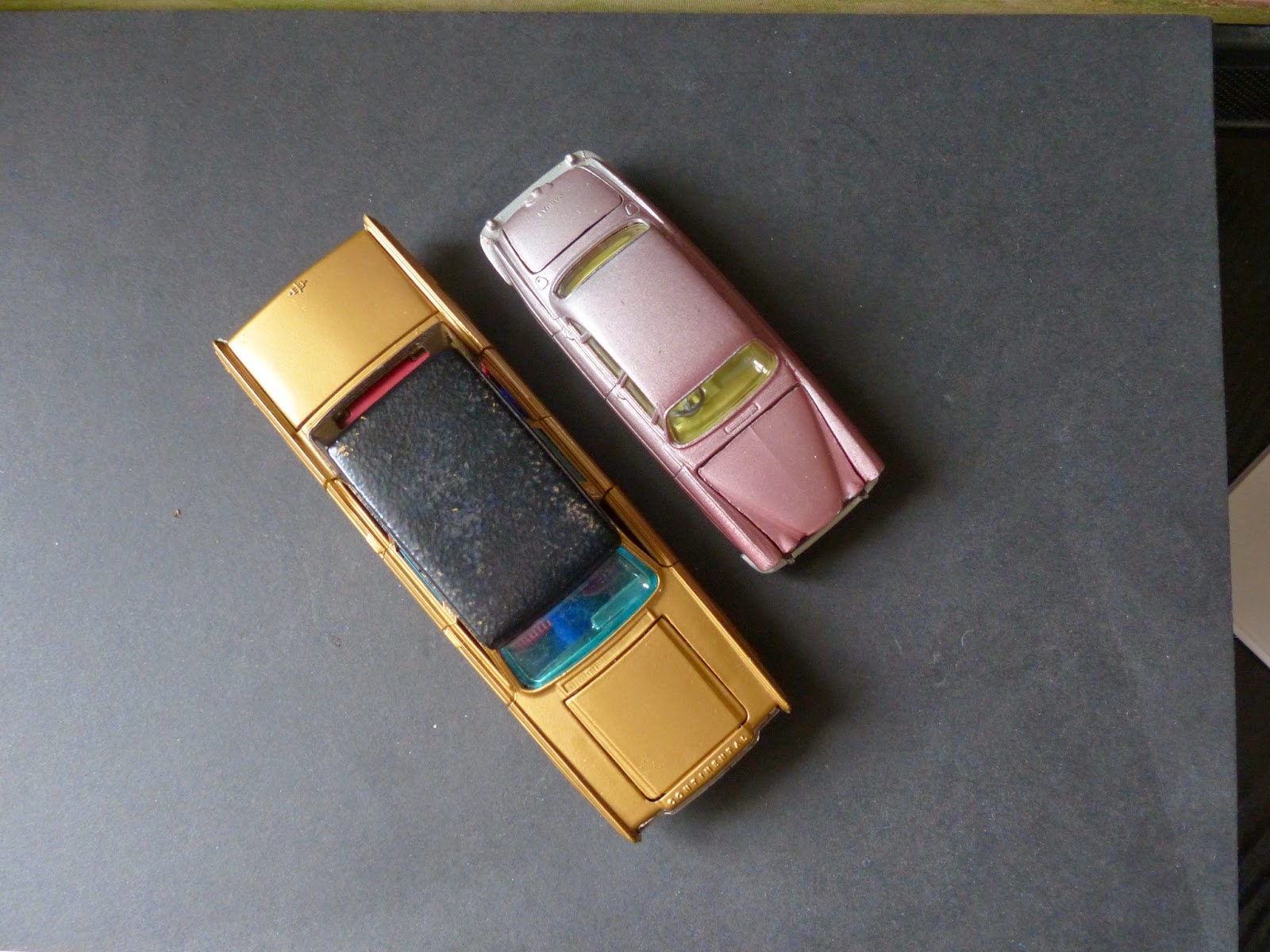 I just think it's wrong. Way too big. Someone buy it. I shall probably not replace it or even bother about looking for the less common blue one. That's one variation I can live without. And have more room without too.