July 1962 saw the first Corgi Volvo arrive in the local toy shop. Model 228 was the Volvo P1800, a nice, simple model with just jewelled headlamps as a special feature. This was issued in two unusual colours, beige and salmon, as well as several shades of red, varying from an orange-red shade through to a quite rich, deeper red. The salmon also varied from dark to pink.
Most of the beige models had a red interior but they can be found with a lemon interior. Similarly, the salmon model had a lemon interior but is known with red. I expect there will be red models which have a red interior although I have only seen lemon to date. All the 'alternatives' are scarce but not every seller knows that so you can find these scarcities at reasonable prices. 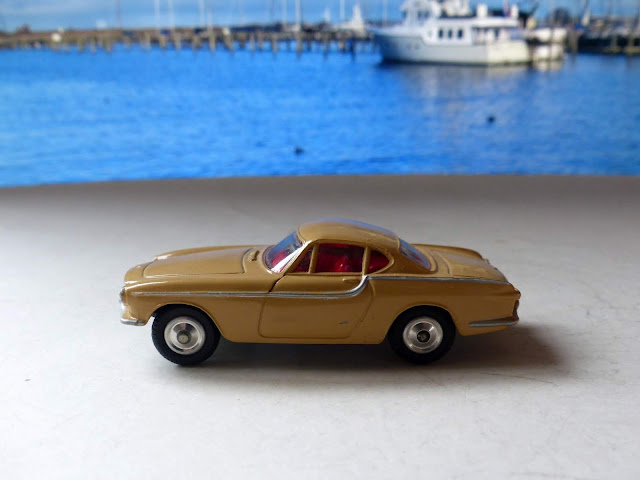 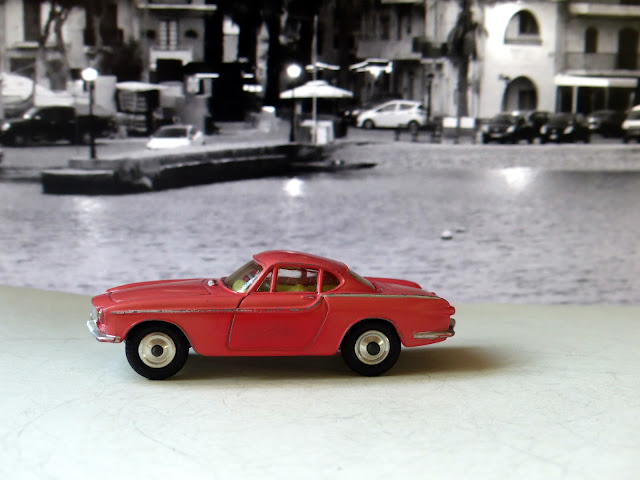 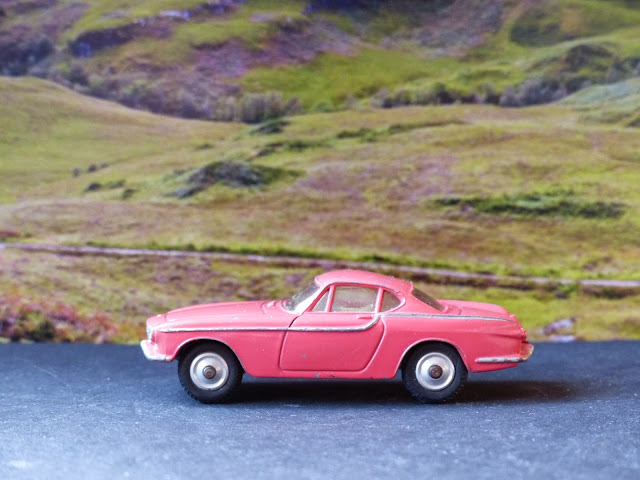 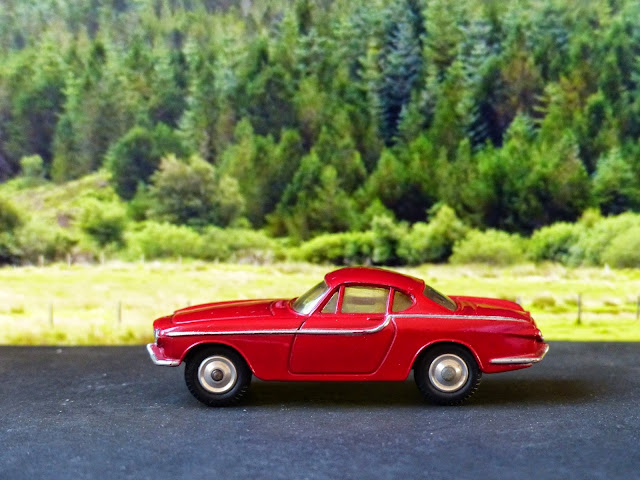 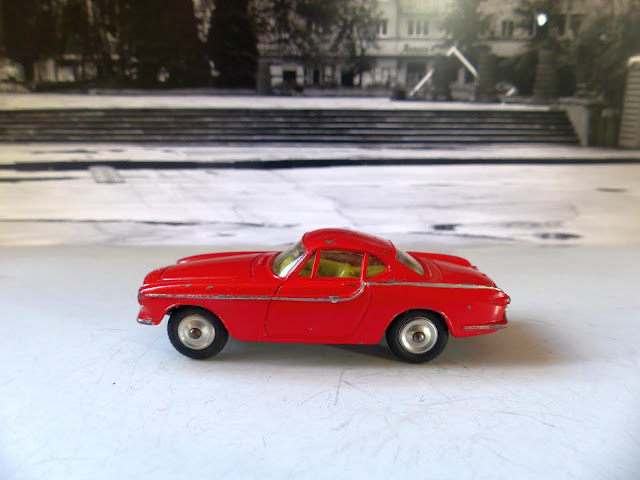 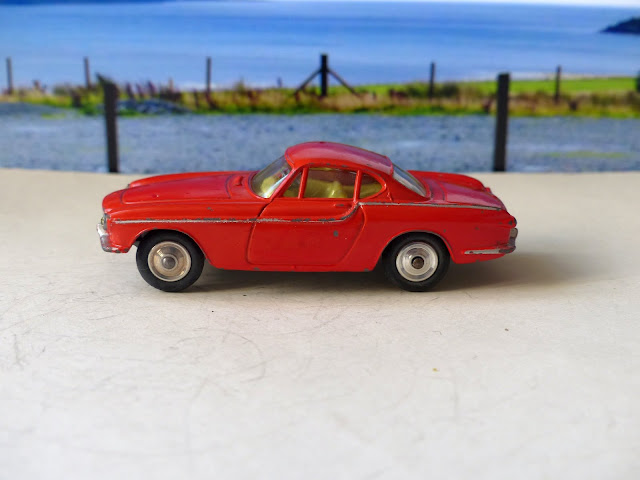 The 228 Volvo P1800 will always have free-spinning shaped wheels and good suspension with wires. They should have a silver line running along the raised 'chrome strip' and the top of the rear fins. Ofte this gets worn or not well-applied at the factory.
The car will be familiar to fans of The Saint TV series in which Roger Moore as Simon Templar raced around Hertfordshire lanes near where I lived in the early 1960s. In due course Corgi would release their version but you'll have to wait until 2025 for that!
The other new issue in July 1962 was the rather strange-looking 'Bermuda Taxi'. Clearly, someone on the Corgi Production Team must have been on holiday in the winter of 1961 and seen the old American cars in use as taxis on Bermuda. It was another way to get a little more life out of the ancient casting but not a model I had ever particularly desired. 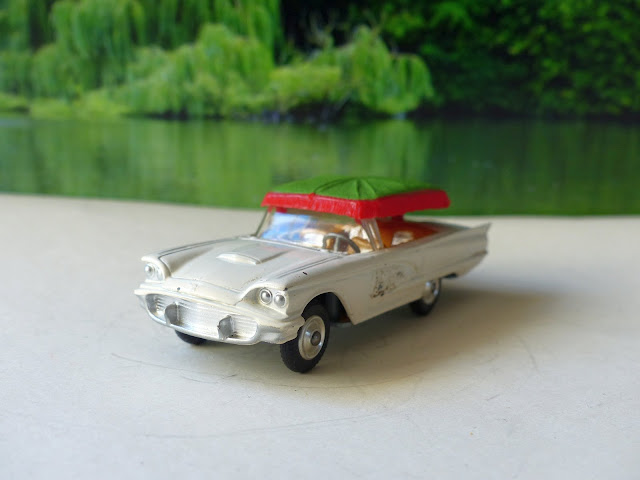 They painted the body a creamy white and added some stickers. Unlike transfers, these would easily come off and so now many models will be either lacking them or display reproductions. They planted a suitably brown driver behind the wheel and gave him a stupid-looking plastic canopy, supported by a single pole at the back. A truly dreadful affair. The canopy came in green, blue and yellow, each having a red edging. 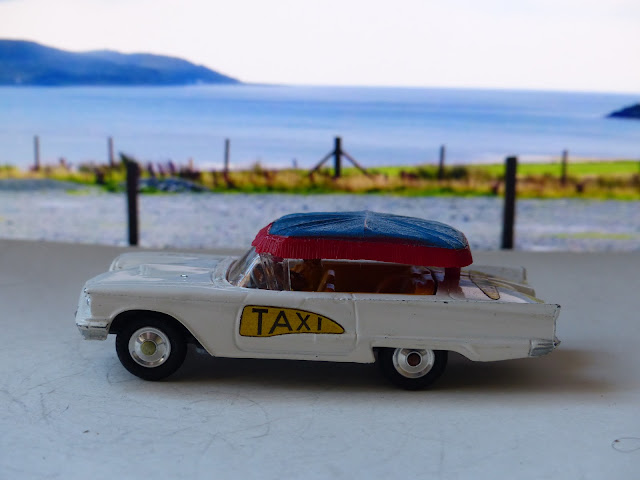 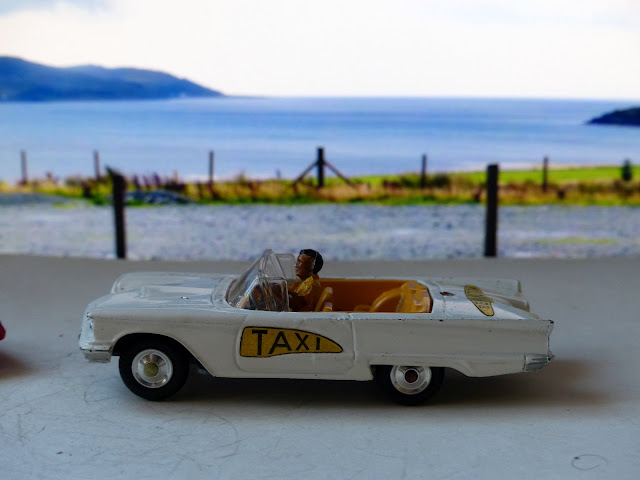 As with the 215S, this always has free-spinning shaped wheels. It may be the colour producing this effect but it appears lower and more natural than the red 215S edition. I doubt that it is any different, just appears a little more realistic.
Marcel Van Cleemput quotes a scale of 1:46 for this, as opposed to 1:48 for the 215S model issued in June. I think that has to be an error. They're the same but i don't know which is correct.
Posted by Andrew Hill at 07:00 No comments: