Can you help me find an orange mini? 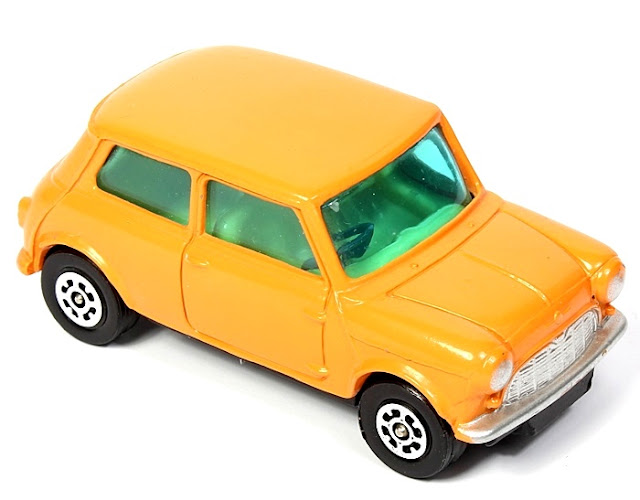 Can anyone out there help me?

I need to track down an orange Mini for someone's 60th birthday in a few weeks' time. It doesn't have to be in perfect condition. The windows can be plain or tinted. The roof, ideally, should be orange but I may have to consider a black one. This is a Corgi Whizzwheels model #204 from 1972 or a little later.

Get in touch with me at design@corgi-toys.net please if you have one or know of one for sale. I may even buy a Dinky or Spot-On as an alternative if necessary.

Not all Australia is outback or sunny beaches 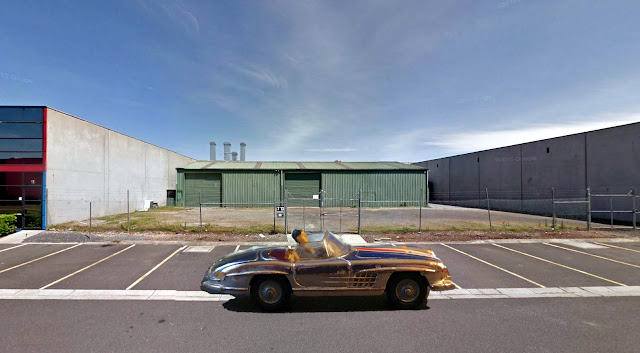 You tend to think of Australia as wild outback or sunny sandy beaches but, like anywhere else, really, it has its ordinary bits and that's where this nice Mercedes 303S is heading for. I hope that someone is actually in the sheds there to sign for it!

Not all Wales is hills and valleys 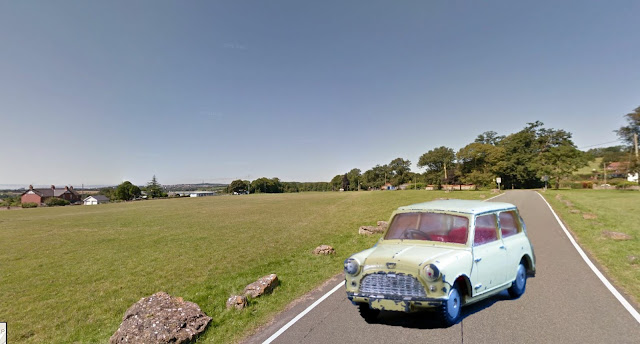 A yellow Austin Seven on its way to a new collection in Dinas Powys, The Vale of Glamorgan, which appears to be one of the rarer flat parts of Wales. This was one of two I had, the one remaining has better paintwork but no suspension and I am still trying to find a way to repair that without taking it apart. 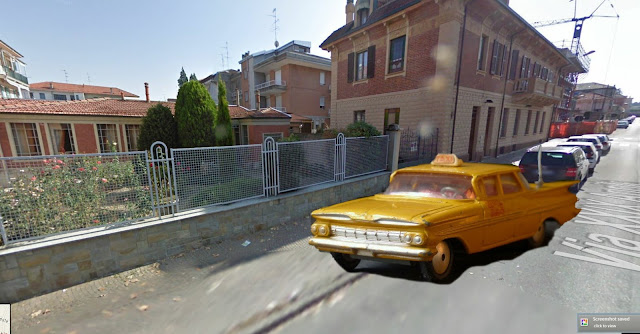 No, not the other Andrew's site but an update on my post about wheels. I forgot to include the very small wheels that you'll find on the 233 Heinkel Trojan. This can be in all three flavours; flat, shaped and cast. I only have one example and, of course, it will look pretty much like any other flat wheel but here it is anyway. 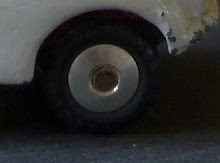 There are also the wheels on trailers, of which I only have the yellow ones for GS17 (towed by a Land Rover) and GS6/12/25/37 and red (towed by a VW Breakdown Truck) 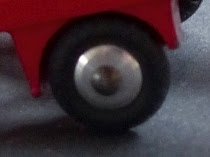 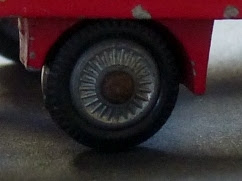 There are others - the boat trailers, for example, that I think are this size too and possibly in both styles.

At the other extreme there are many varieties of commercial vehicle and truck wheels which I have not attempted to include as I have so few of these models to refer to. That will have to be for another day!

As a fellow collector and contributor did point out, though, I did miss one car wheel that is an important one. That is the 271 Ghia De Tomaso Mangusta which had a removable chassis. 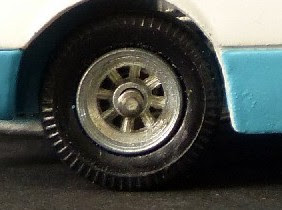 This is quite distinct and, whilst being another 8-spoke wheel, is noticeably deeper and rather better finished than the others. A very late 'normal' wheel. I think that now completes the set.

I have also omitted the spare wheel that you'll find in most Lamborghini Miuras (the first one that came with the bull, not the competition edition that came later). Because this model had been intended, and, indeed, was listed in the catalogue and even had boxes printed to that effect, as a 'Golden Jacks' model there is a unique type of spare 'take-off' wheel sitting under the hood! I shall add a photo in a while but it is not one you're likely to spot in a hurry!

Unless, that is, you see one of these cars that the same contributor has constructed. 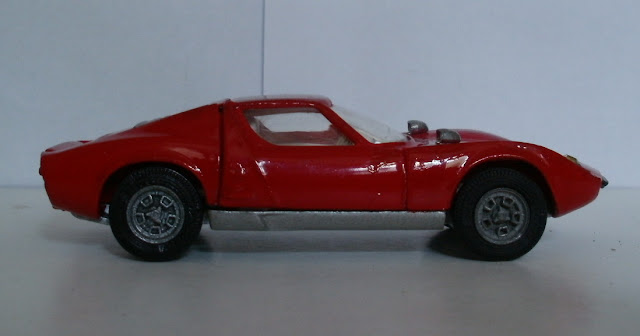 That is how the Lamboghini should have appeared. Apparently this necessitated his acquiring at least four of the Whizzwheel models and a little work to allow for the larger diameter axles. What might have been,.. oh well.