Corgi Toys @ 60: A ruddy great missile and the little Austin A40 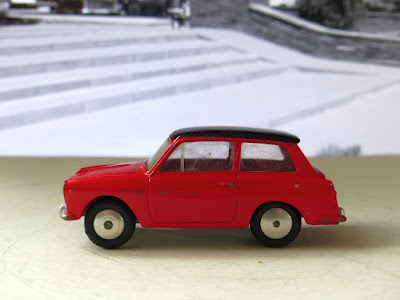 In June 1959 the last of the Mechanical models was issued. It's the delightful little Farina designed Austin A40. The 216M models had a very short production life as it was later this year that the decision to drop the M models from the range would have been made. So there are not many of these red and black 216M models around and they fetch high prices whenever good examples do appear.

The 216 non-mechanical edition was usually blue and dark blue but a few escaped from the factory in red and black. they're definitely not easy to find these days! 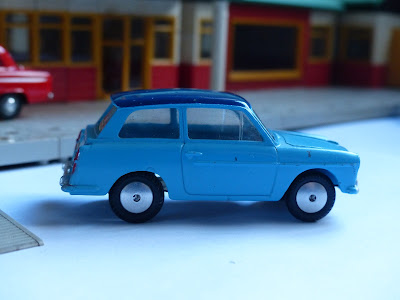 You should also look out for the 216 with shaped wheels. These would have been fitted later in the model's production and are somewhat less common. 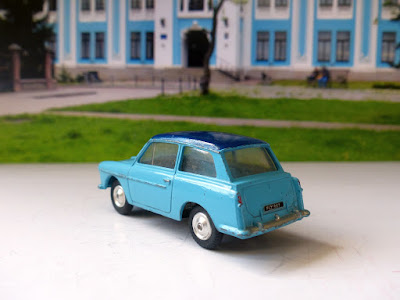 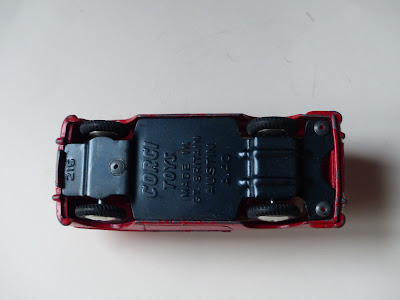 You need either to peer in through the window or look at the base to distinguish the 216 from the 216M in red and black!

The other new arrival on the shelves of your local toy shop would be the remarkable Corporal Missile on a launch platform as catalogue no. 1112. 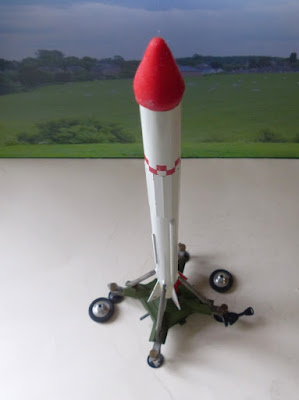 This must have been a dramatic new toy to see and even now it stands out in any collection, simply by being so big - nearly a foot long - and just plain impressive. It first appears here with another clever piece of Corgi engineering. I can only imagine that there was this one chap working there who was brilliant at this sort of thing and was responsible for the whole range of military equipment loading and transport gear. 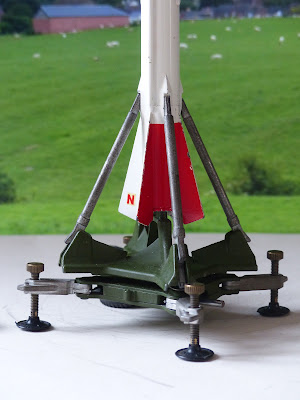 The two wheels can be detached so that the unit can be placed on the ground to receive the missile standing vertically. Four adjustment devices can be set to make it level on almost any surface and four shaped pins hold the bottom part of the missile in place whilst the base itself fits on the shaped platform centre.

Later in the year, an erector vehicle will come along which, with a few knobs being turned, moves the missile from horizontal into a vertical position to fit on the platform. However marvellous all this stuff was, though, sales were modest - the high price and, perhaps, a shrinking interest in all things military, meant that only 26,000 are recorded as sold, the lowest figure so far at that time. 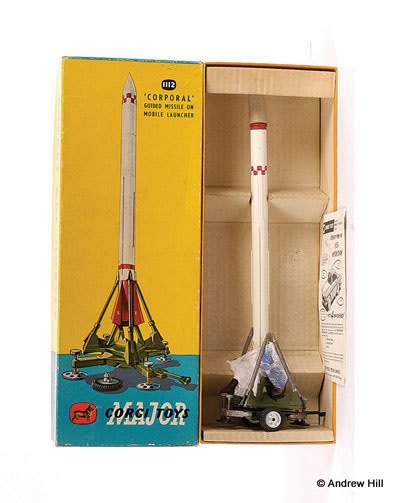 There are no variations at the outset for this item but a replacement nose cone does come along later. That includes a metal section into which caps could be places so that we could make exploding bangs if the missile were thrown so that it landed on its top end. As a consequence, you may not find too many in great condition!