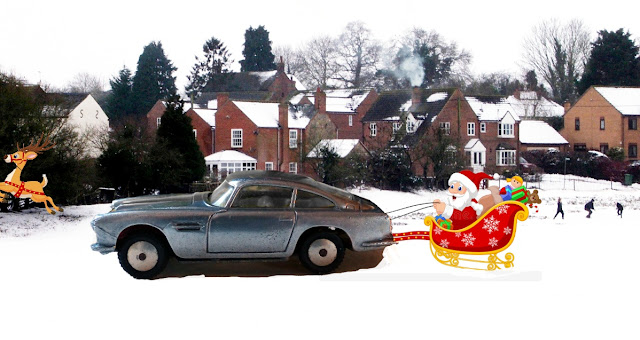 With very best wishes for Christmas and the New Year.


I must also share a photo of this marvellous Austin Seven in primrose which was briefly with me on its way my friend and collector, Andi in Germany. He doesn't realise that it is on its way and may even arrive any day now so this should be a pleasant Seasonal surprise. It is in super condition and, unlike nearly all the others I have had, both the paintwork and the suspension are fine! 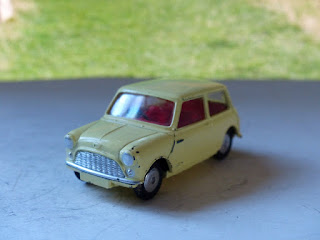 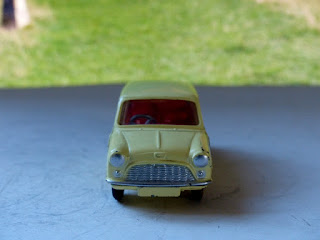 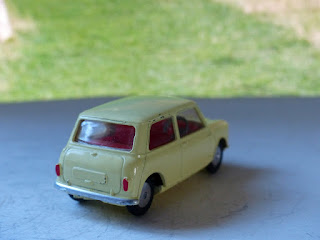 I am also handling the sale of a large number of Corgis (plus a few Dinkys and Spot-On models) for a colleague of many years' standing. He is not seeking massive amounts for his and his brother's models which are all pretty well 'played with' but most have survive with intact windows and are all original. One or two of the better items are included above but a search of my on-line store for 'Colleague' should filter his collection from all the others. He just wants to raise some money for his son's World Scouting trip and activities and I shall pass on whatever I get, after unavoidable listing and postal costs, from these items.

The Renault Floride must be about the fifth or sixth I have had now. I am looking for one without holes in the rear wing 'vents' and keep buying models which really do look as though the vents are filled in or closed. However, when they arrive and I see them at a different angle the light is coming through every time!

The Ghia L6.4 is a really rather splendid shade of metallic blue which looks tremendous with the cream interior. I have had to make a temporary repair to the front suspension, unfortunately, so it is unlikely to sell but, to be absolutely honest, I don't mind - it looks wonderful here as one of the models I leave out on a shelf with a couple of other examples of this model. I am quite happy for it to stay there.

Finally, you will no doubt spot the black steering wheel in the Ford Mustang. Such a shame as the car is in lovely condition otherwise and even has a decent box. I am not sure how the original steering wheel has come off as I thought it was part of the dash moulding. Maybe not. One day I shall find a wrecked Mustang and replace my temporary substitute with a better version. That's another model I shall probably never sell but will be happy to hang on to as it is in that odd lilac shade that I had myself as a child and it is all so 1960s! 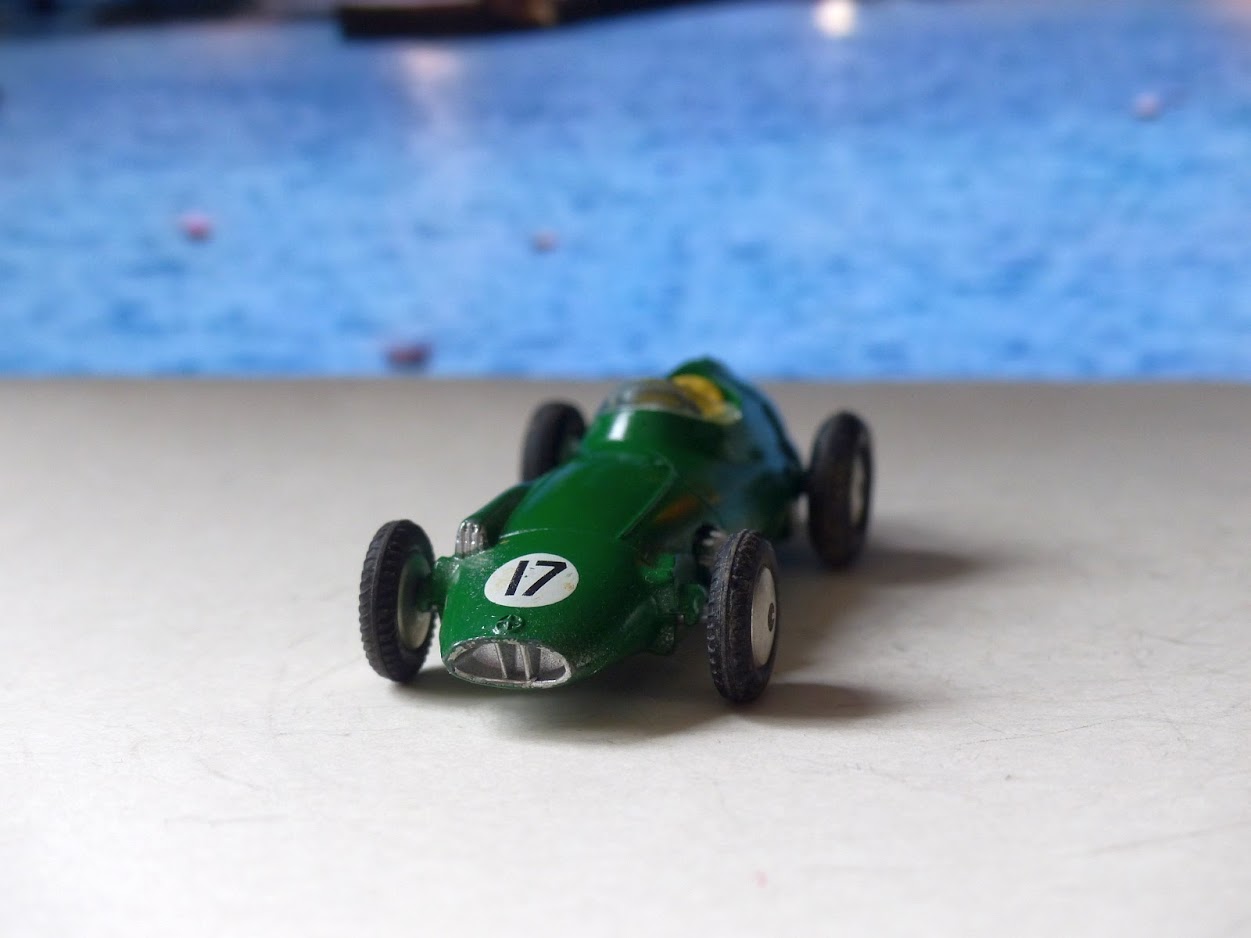 The sole issue in December 1958 was the third racing car, a BRM in British Racing Green. I have seen examples with racing numbers 1, 3, 7 and 17 and I believe that is all that were issued. The RN 1 seems pretty scarce and the one I have seen may have had a replacement transfer added at some time - as I didn't get a close look at the actual model, I cannot be sure. QDT list one which may indicate there were some issued although that doesn't really mean it's any more genuine.

This is a very simple model and is correct without a driver. He doesn't appear until much later when the model gets a new coat of paint, suspension and the number 152S.

It should have larger tyres on the back and normal car or van size on the front. Most models have a brown-yellow interior but a variation with a silver interior can be seen.

The wheels will usually be the smooth, fixed type but a few very late editions are around with the cast, spoke effect, wheels that were also used on the Aston Martin. 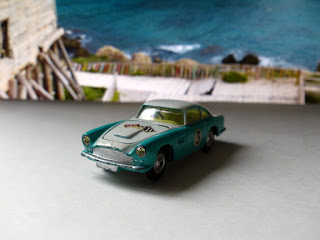 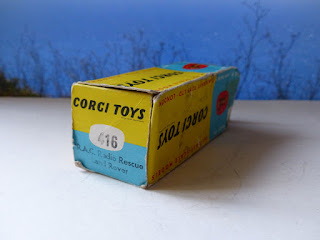 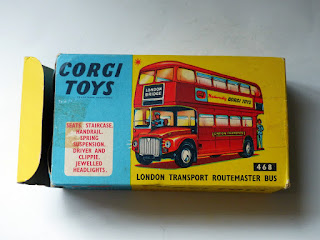 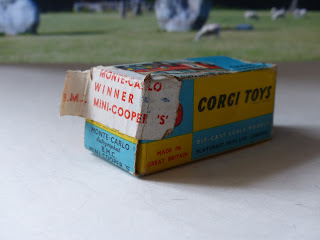 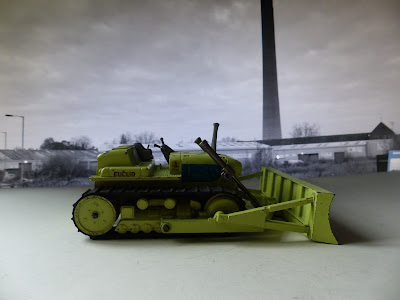 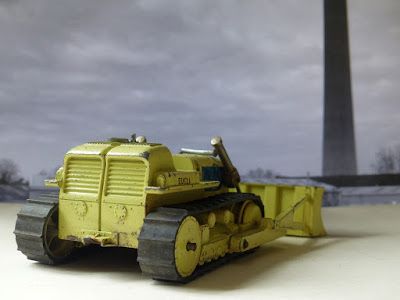 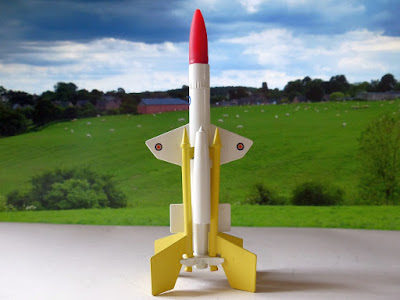 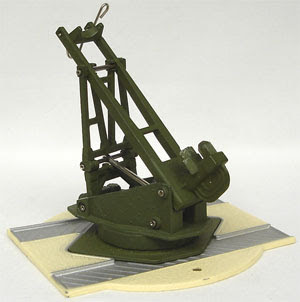 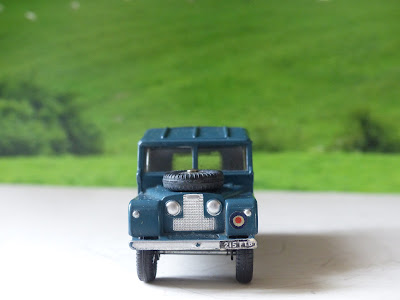 October 1958 saw the arrival in the shops of the second instalment of RAF missiles. This must have seemed a very exciting and quite dramatic model when compared to the slightly tame looking Thunderbird that had preceded it.

Made by Bristol, this really must have looked the part, with its four detachable rockets with red outlet ends and bright yellow paintwork contrasting with the white main body. Although the vast majority in the field may well have been in khaki, some were, indeed in this or a similar colour and the whole model was so realistic as evidenced by comparison with the photo of a real thing below. 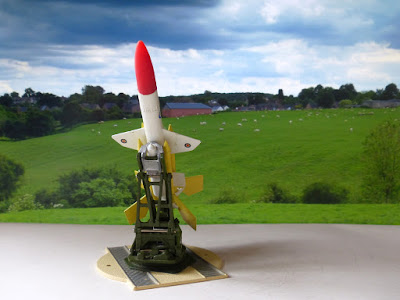 In this first appearance, the missile comes with the launch platform. Later, there will be a Gift Set to include a transport device for this and an RAF Land Rover to pull it along. In late 1959 you would also be able to purchase each component individually.

Bloodhound's longer range kept it in service until the threat of bomber attack by the Soviet Union disappeared with the dissolution of the union in 1991.

The other new model in this month was the final appearance of the Standard Vanguard III, now with a coat of RAF blue and either a solid black or grey base. As far as I can tell, each appears in roughly equal numbers. 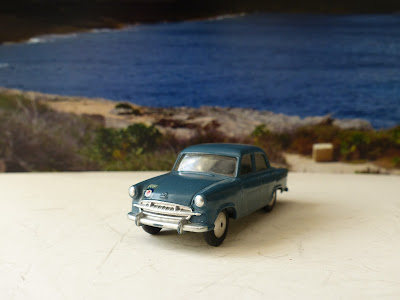 This model will appear in the Rocket Age Gift Set too and stays in production until 1962. That would imply that there might be some around with fixed shaped wheels. However, I have yet to find one so I imagine that, if they do exist at all, they'll be very scarce. 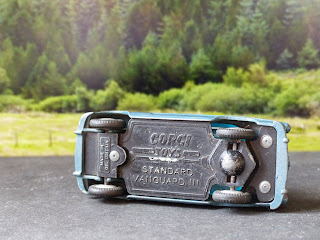 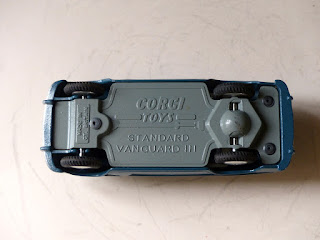