Corgi Toys @ 60: Another Mini, an Ambulance and a Cage on wheels 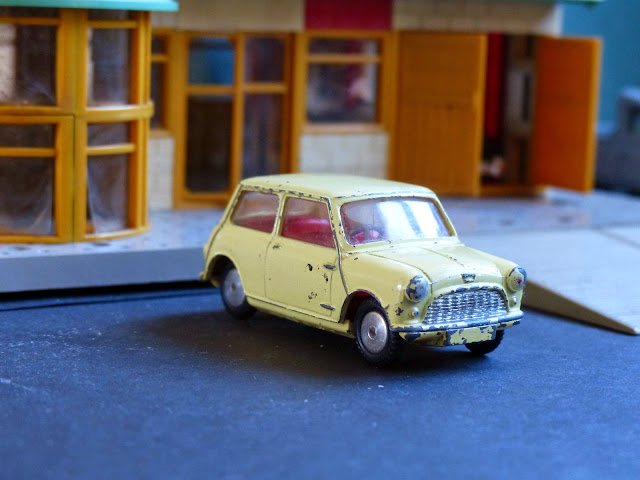 January 1961 sees the arrival of the second Mini, the Austin Seven, or Se7en as the box displays. Identical to the Morris from the previous year but with the Austin style of grille and an Austin badge on the bonnet, this came in red or primrose yellow and will have had smooth, fixed wheels at the outset. 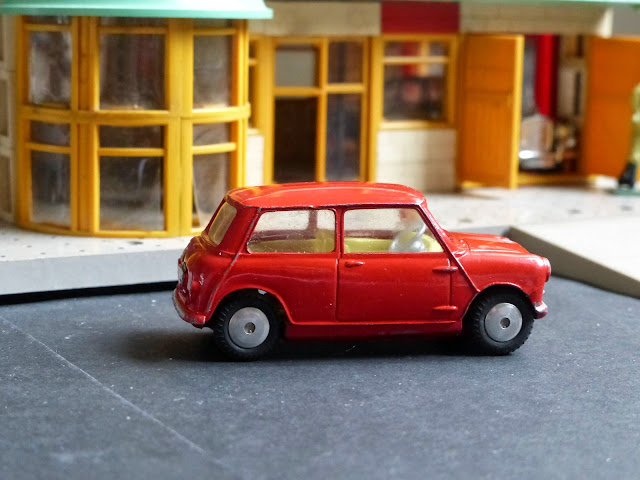 Later there will be several changes to the casting, the the body and the base changing quite substantially. The interiors, as for the Morris will be red or yellow plastic. I have encountered several primrose editions that appear to have been issued without any suspension wires being fitted but the suspension seems to be sound on all the red ones. 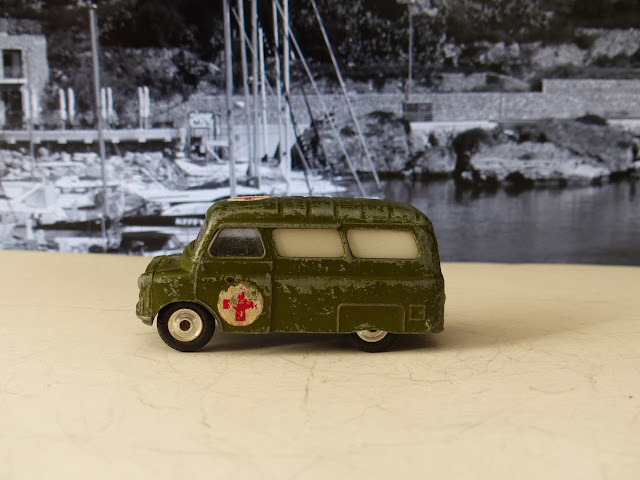 Also issued this month was the last of the Bedford CA vans, here in khaki as the Military Ambulance edition which will have first has smooth fixed wheels and quite shortly after issue getting the shaped wheels as above. This is, of course, the Mk II single screen edition, although there is also a MkII version of the 412 St John's Ambulance too. That doesn't appear to be feaured in issue lists to dealers, it just sort of comes out at some time in 1960. 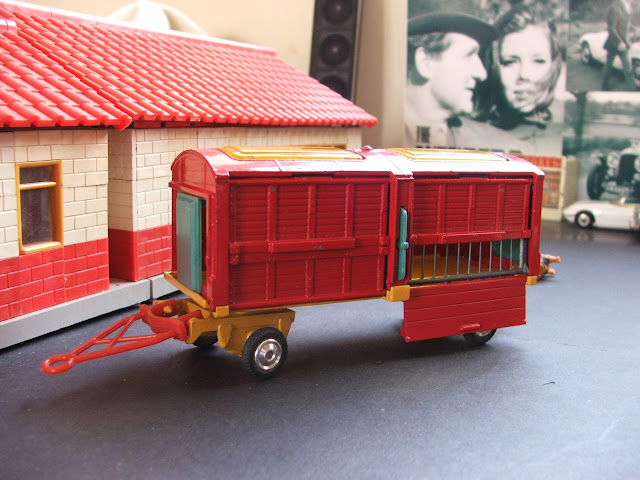 Finally, the start of 1961 sees the issue of individually boxed Animal Cages, the second Chipperfields Circus model, following the Circus Crane Truck issued a few months earlier. You really did need to have that truck, though, as nothing else was particularly well-suited to pull these trucks along and so soon you'll see a Gift set with the two sold together.
With the cage were two animals to fit inside. The first editions had two lions and two polar bears included with transfers for each. Early editions had fixed smooth wheels and metal sliding doors at each end and a divider in the middle. Later these became plastic and fixed shaped wheels would be fitted quite soon after issue too.
Posted by Andrew Hill at 15:04 2 comments: