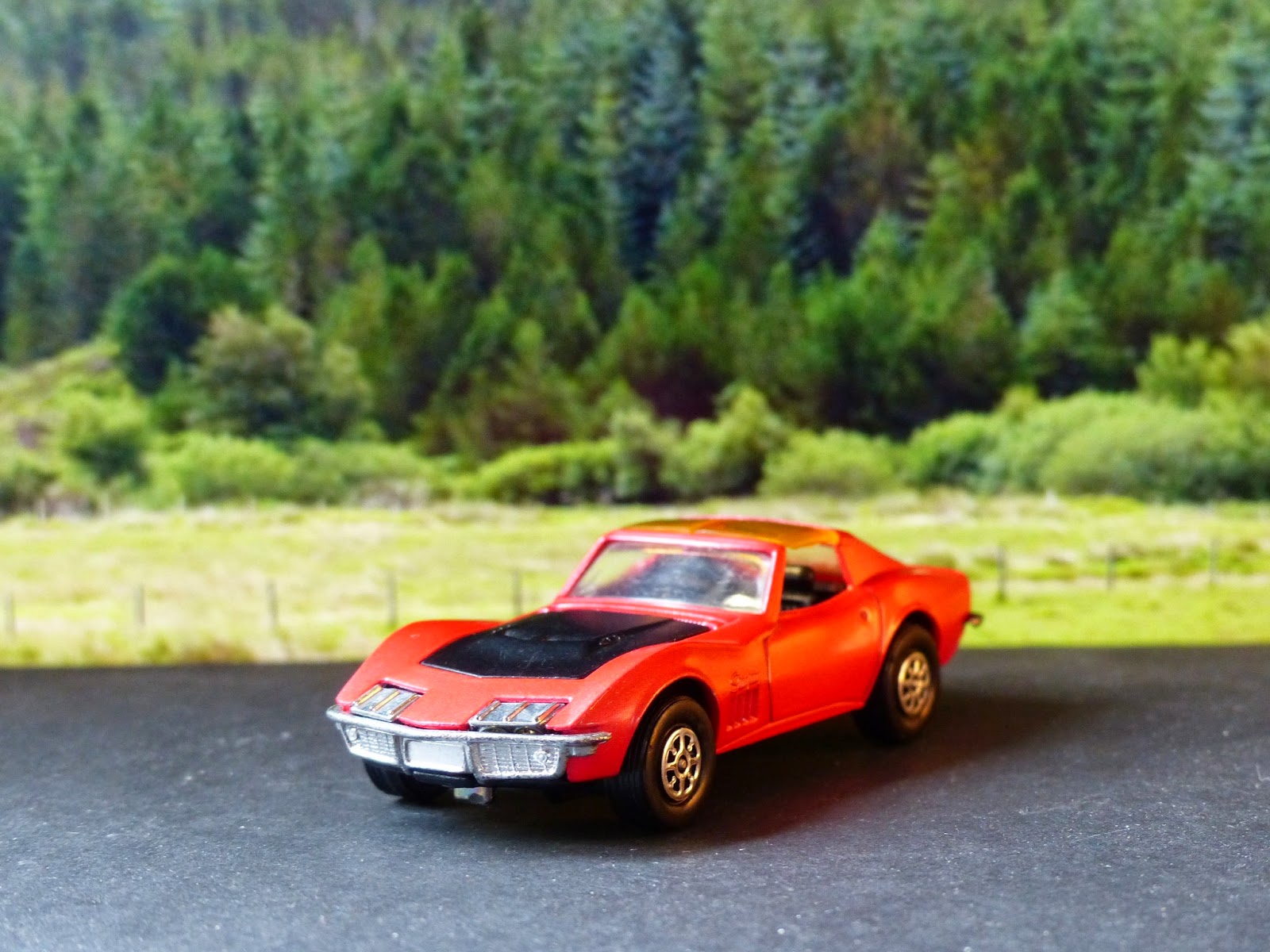 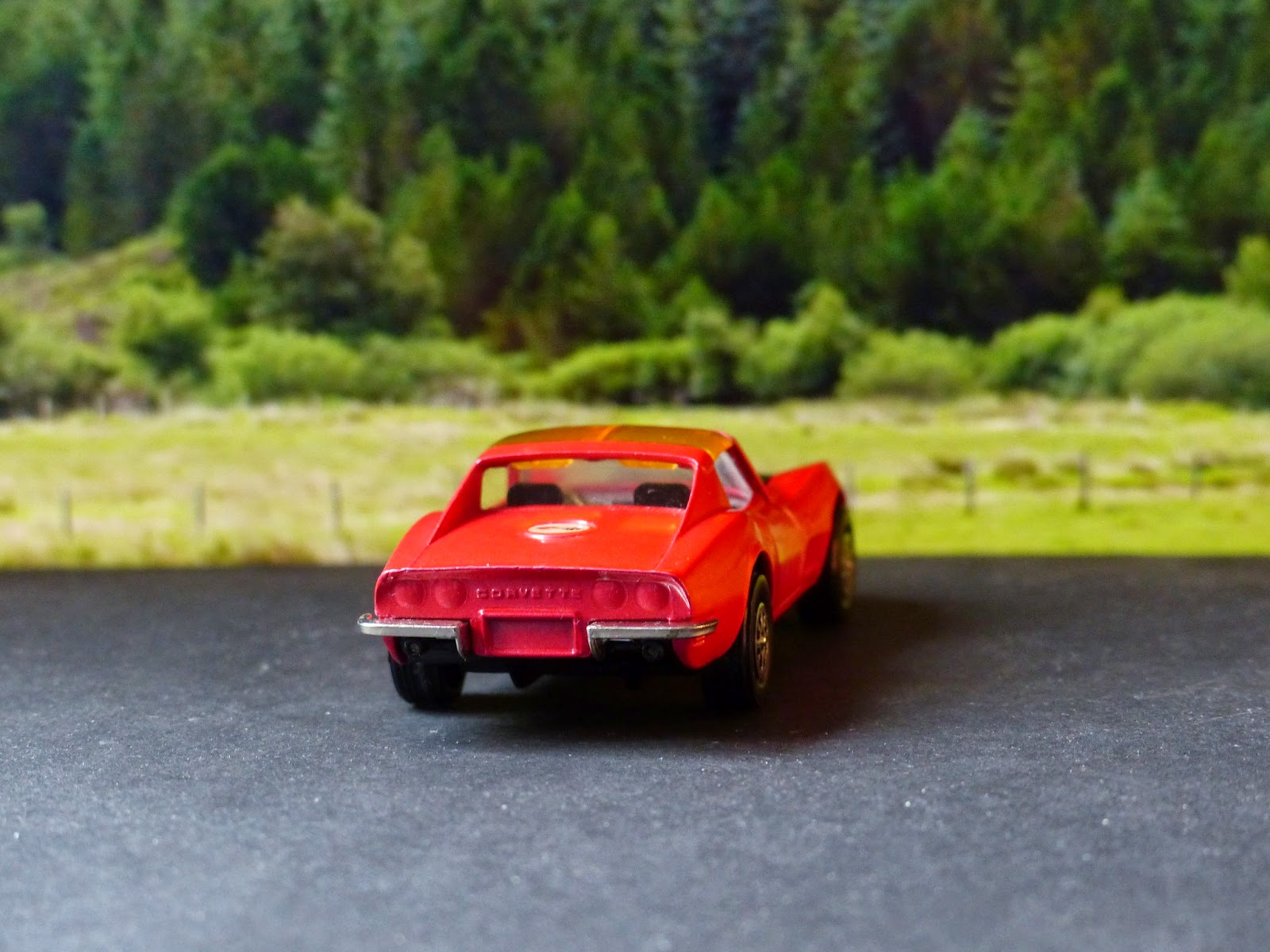 I meant to add these photos of a couple of Chevrolet Stingrays that I got a while ago. These are the two Whizzwheel colours that were around for a very short period and both are scarce now. The rear lights are just painted on the blue one but it isn't obvious whether they've been painted at all on the pink one.

Having just sold what was possibly the most attractive of all models - the previous #300 model in metallic red - I am looking for another of those but still have three metallic green in the collection. Neither of these #387 latest versions will be going for a bargain price either!

I am still trying to find a bronze #310 as well but they're just as scarce, if not more so. Corgi really did get things right with the Stingrays. We shall ignore the stock car versions, of course. 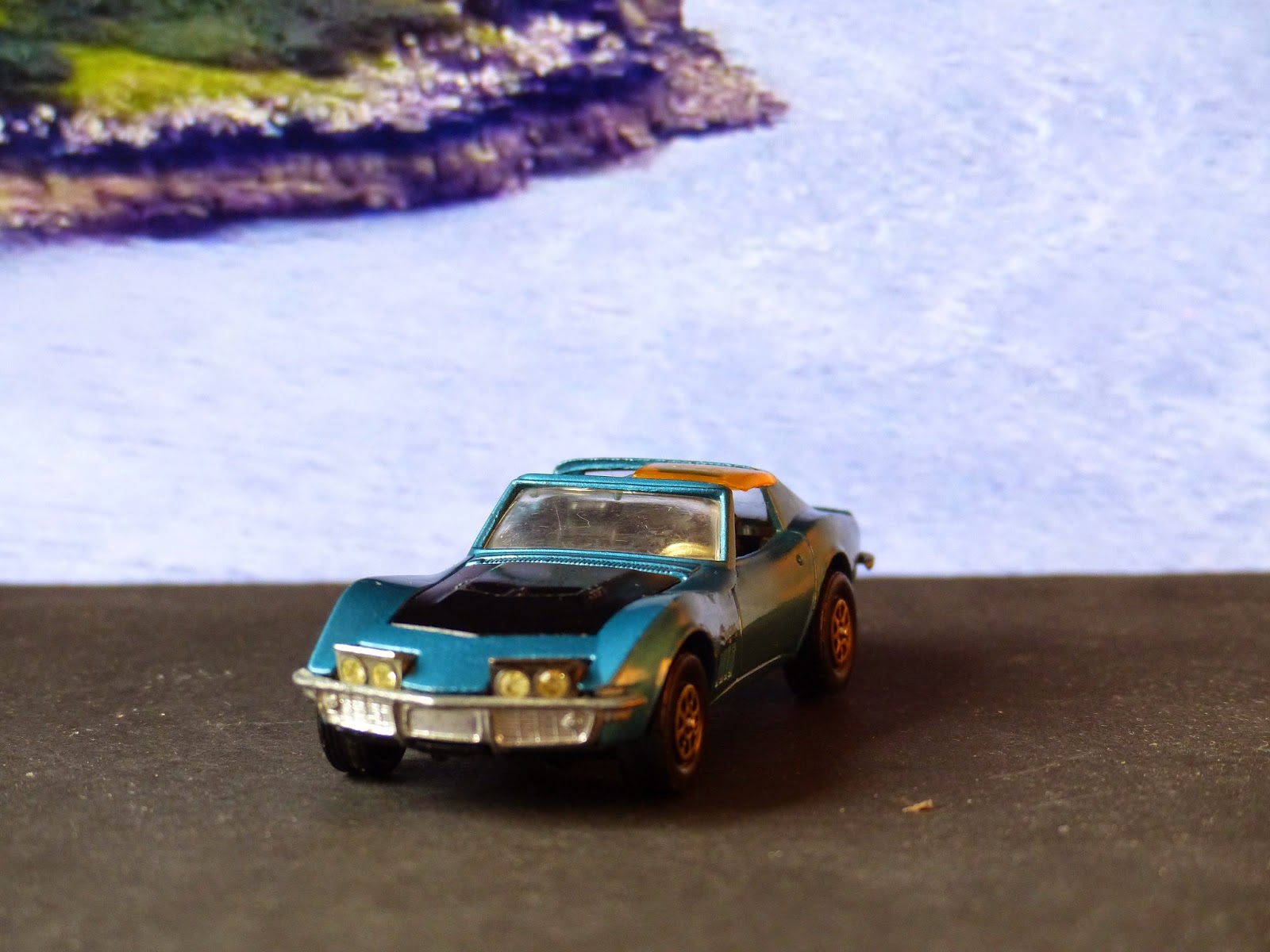 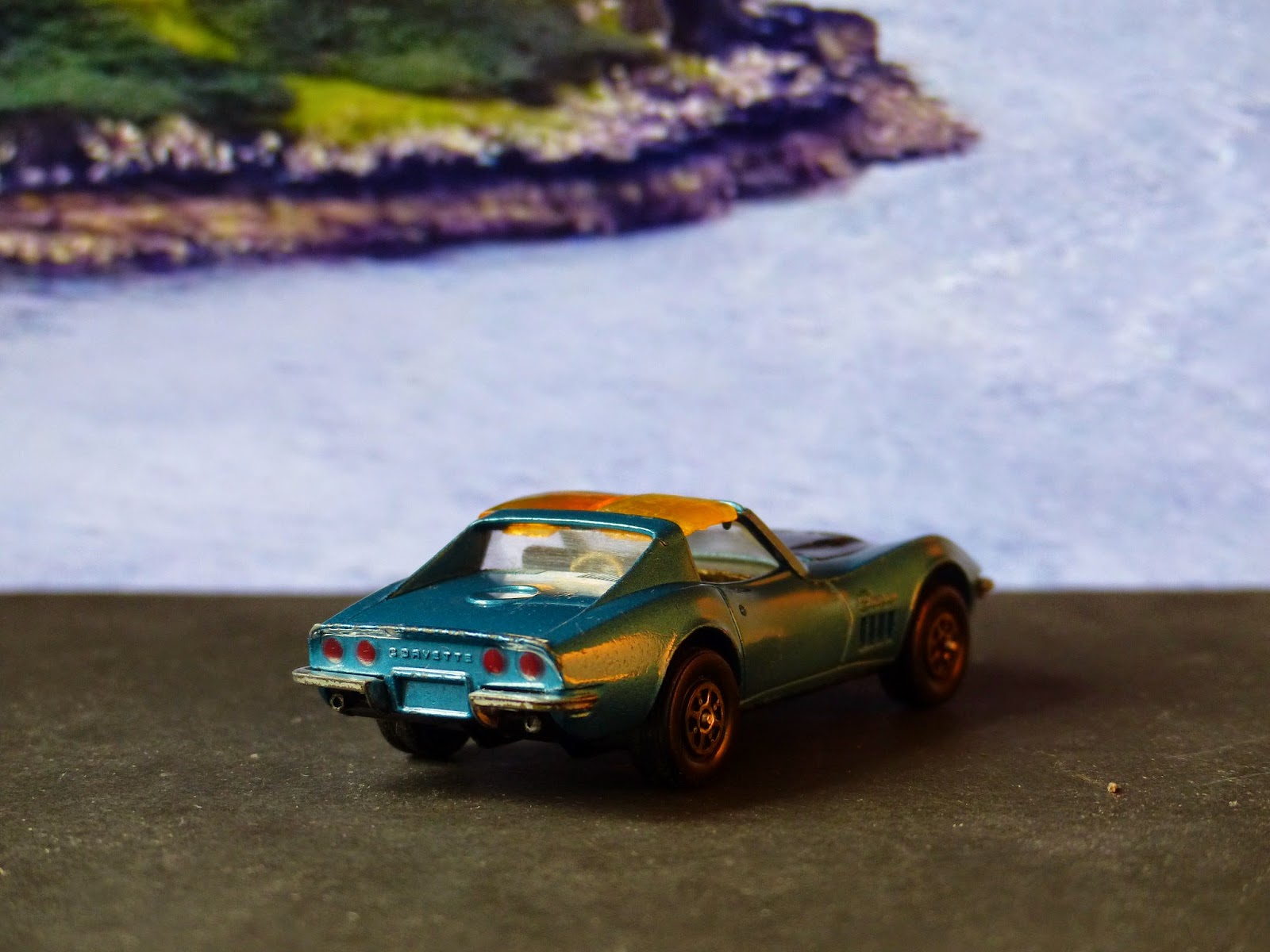 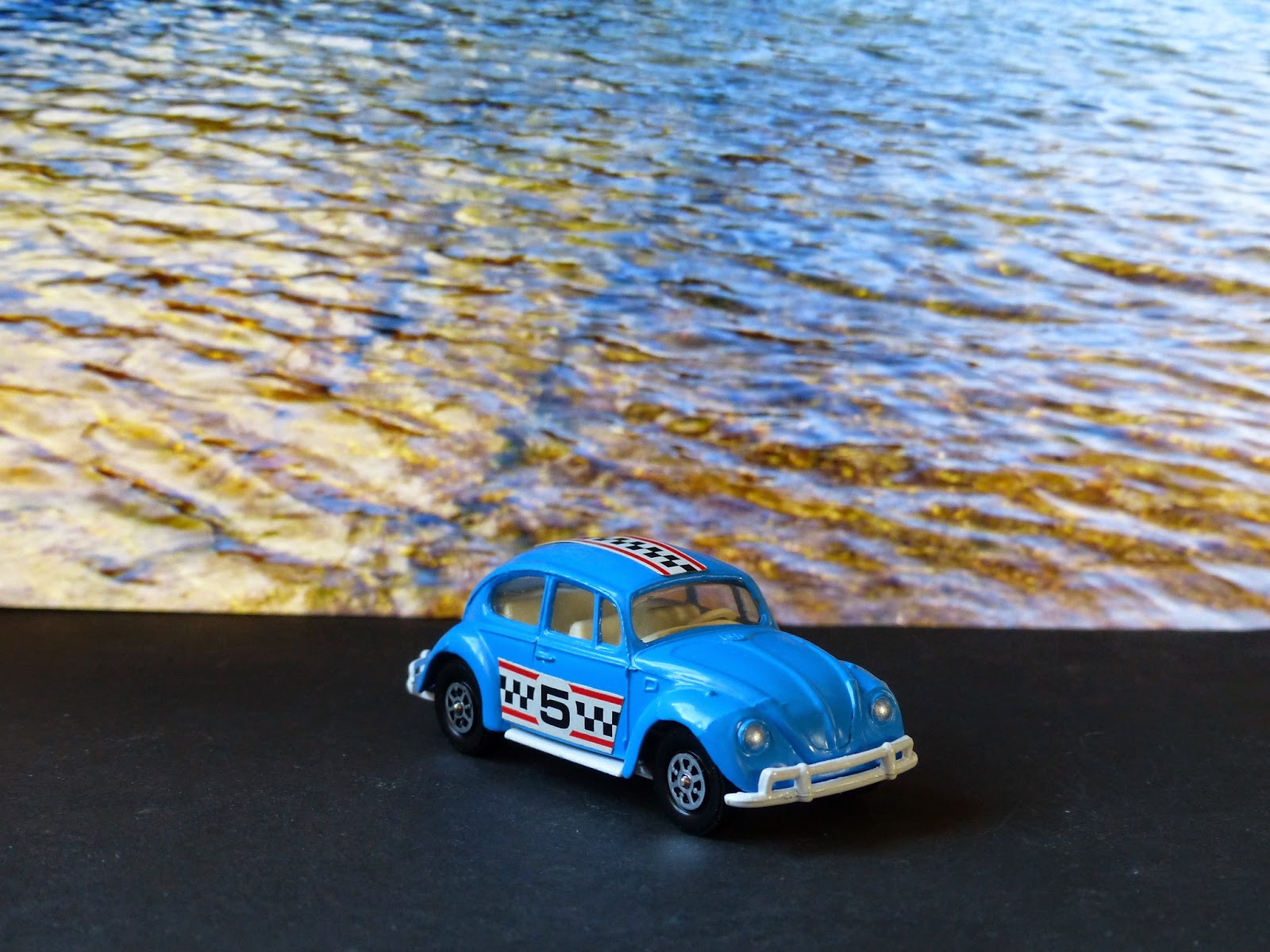 I finally managed to find a VW 1200 Rally version, the very last of an era. This was the final 1:43 scale model by Corgi before everything ended, coming out in October 1977 and only around for less than a year. That might account for its scarcity as it has very seldom appeared in the auctions or sales I've been watching and, indeed, almost every one that I have found has been across the Pond.

That does make me wonder. Prices over in the States are low - in fact shipping costs more. That's really odd for something so difficult to find here and I guess it won't stay that way for long. I am certainly not parting company with mine, which is as new and so is its box, for any bargain price. I have a feeling I will regret selling it whatever I get unless I can source a replacement or two first.

What's strange too is that this should appear in later 1977 anyway. The previous 1;43 scale model was also the VW, this one in Driving School guise which came and went in 1975. Everything else, bar some oddities, was then 1:36 so quite why these VWs were still appearing is a bit of a mystery. You could sort of understand the Driving School one which could be played with on its own, and it was quite a smart-looking version too with pretty shiny wheels and blue metallic paint. This one, though, had nothing going for it at all. In fact it looked almost exactly the same as a 1971 saloon with the orange repainted blue and three stickers applied.

As featured in a previous article, the cast is still being used and in 1998 this yellow one was in the Corgi Motoring Memories collection No. 67901. 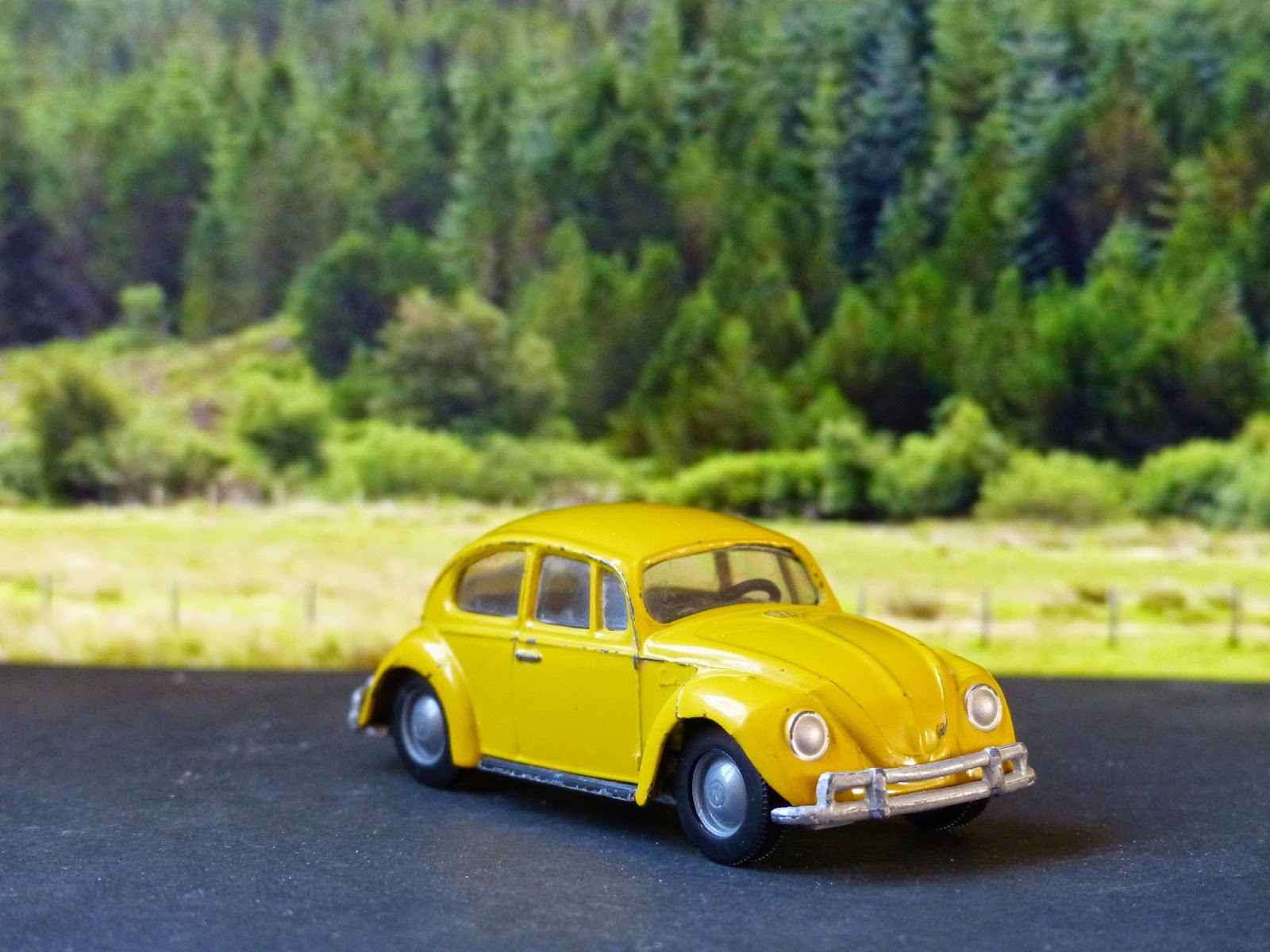 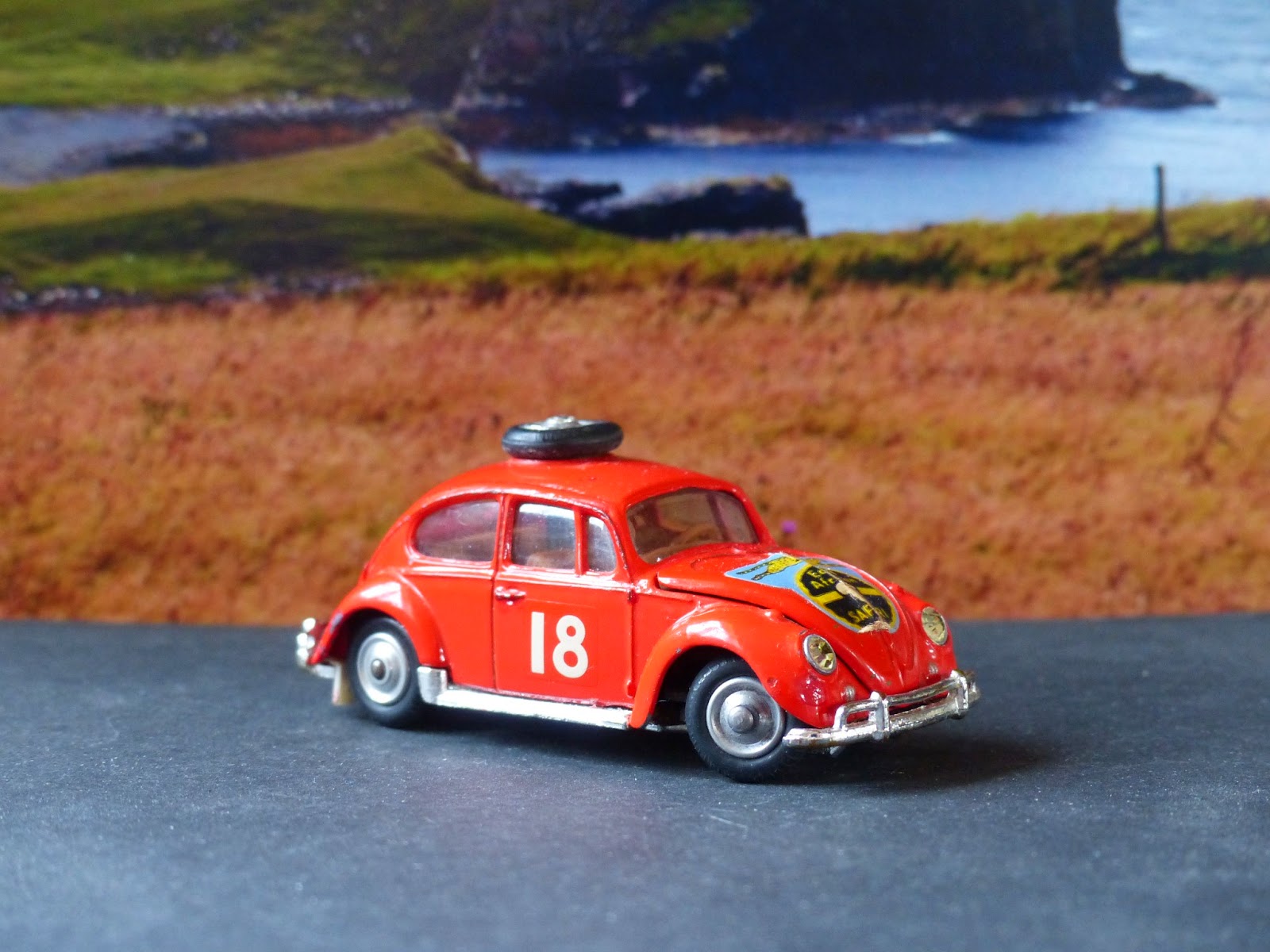