Corgi Toys @ 60: The Rocket Age and a Cement Tipper

An odd selection hit the shelves of your local toy shop in September 1959. The Rocket Age Gift Set 6, an ERF Cement Tipper and one of very few Corgi models without wheels, the Decca Airfield Radar Scanner was issued on its own in a box.

I have written at some length about the impressive Rocket Age set so go back and read this article for more information about that. I shall repeat my effort at recreating the wonderful image on the box, though. 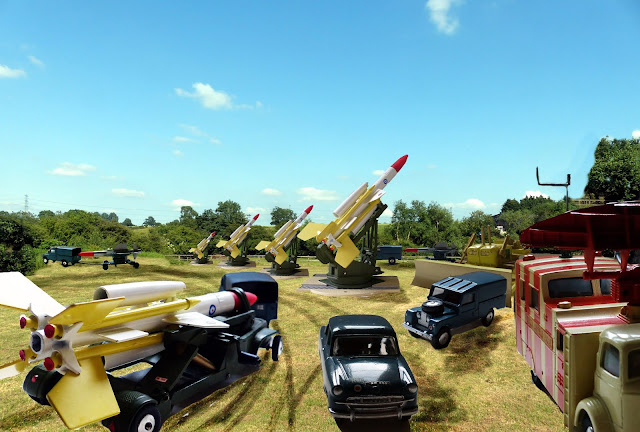 The individually boxed radar scanner really did not amass much by way of sales and is now quite sought after in its original packaging simply because there never were many around. 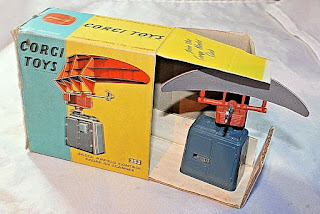 The third item this month was the last outing for an ERF truck, now with a tipping cement section at the back.

Early editions had metal caps on the cement section, replaced by red plastic for the majority of production. It lasted a while, through to 1964, and gets fixed shaped wheels for later editions. I'm not aware of any examples with free spinning wheels although they would have been fitted to other models in the later stages of its production.

Apart from the revised editions of the Bedford C vans, this will be the last new model issued without an interior.

Corgi Toys @ 60 : Combine Harvester and RAC to the rescue! 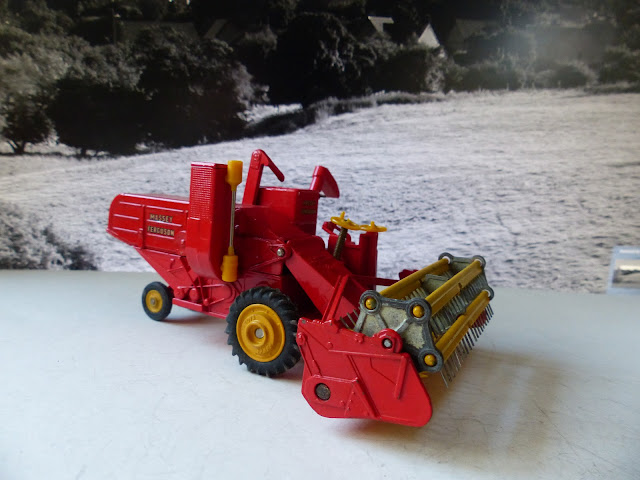 It's August so, reasonably enough, it's time to start harvesting and Corgi came out with this superb bit of equipment. Corgi Majors 1111 was a Massey Ferguson 780 Combine Harvester. 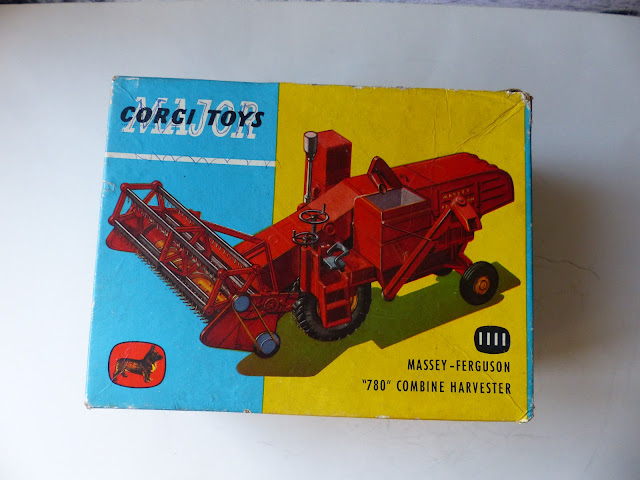 The first edition of this model has yellow wheels and the tines are metal. In the box, although not shown here, would have been a typewritten note explaining how to raise and lower the feed. When lowered, the lower wheel would turn as it was pushed along and a band would rotate the tines on the shaft above most effectively.

Later editions had plastic tines and a yellow plastic hopper feed and a driver too. The later ones also had red wheels so are easy to distinguish. 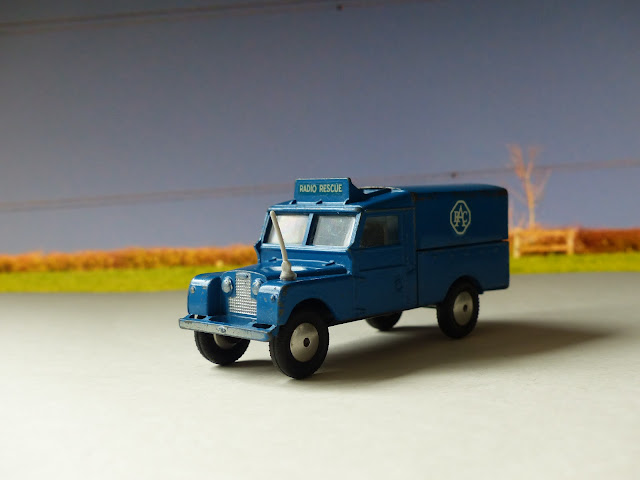 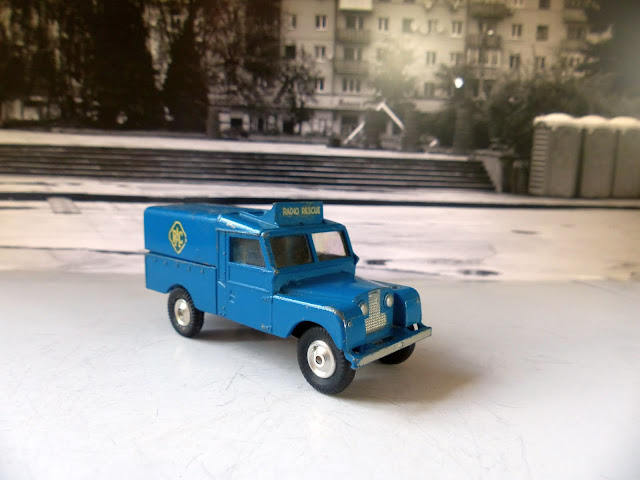 The other introduction in August 1959 was another outing for the lovely Series I Land Rover. This was an RAC Radio Rescue edition which had a roof sign bearing a 'RADIO RESCUE' transfer. There would be a matching blue tin canopy at the rear with a single RAC logo on each side.

The 1959 models would have had smooth wheels as shown in the first photo above but the canopy transfer would have been more like that in the second photo. The aerial, too, is a poor replacement there. Later models will have shaped wheels and at some point in production the headboard is removed. This necessitates the transfers being changed on the canopy to incorporate both text and logo. The 'no headboard' type can also be found with smooth or shaped wheels. I don't know when it was introduced but I shall include it sometime in 1960.

Looking at the models in my own collection, the early types with a headboard have the 'handles' at the base of the tailgate whereas those without a headboard are smooth in that area.