The second edition of the open top car, now with suspension and a driver from March 1961.

This is available in five colour combinations:

These had free-spinning smooth or shaped wheels. Later editions had cast wheels. A very scarce edition was produced with wire wheels.

A driver was added but early models did not have one. 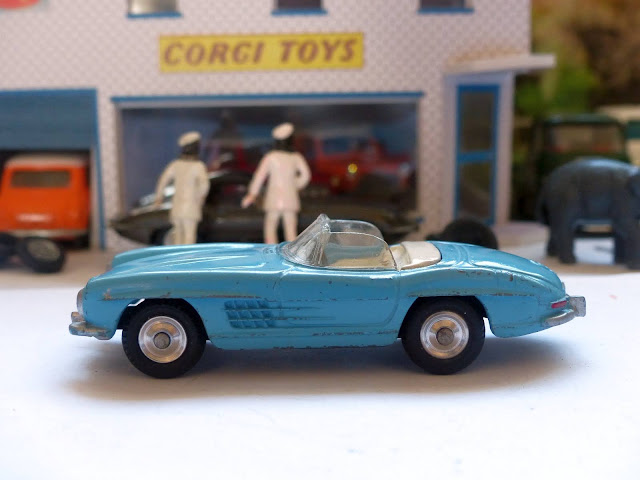 Then it gets shaped wheels but still no driver with the old 303 interior cars. 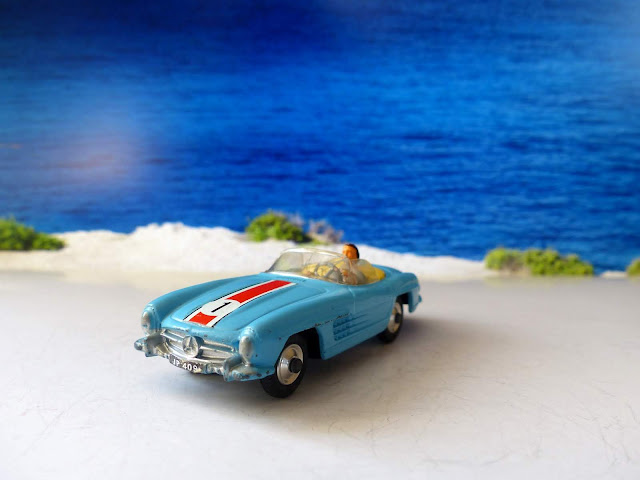 Now a driver, yellow interior and a stripe are added to light blue and, white editions. 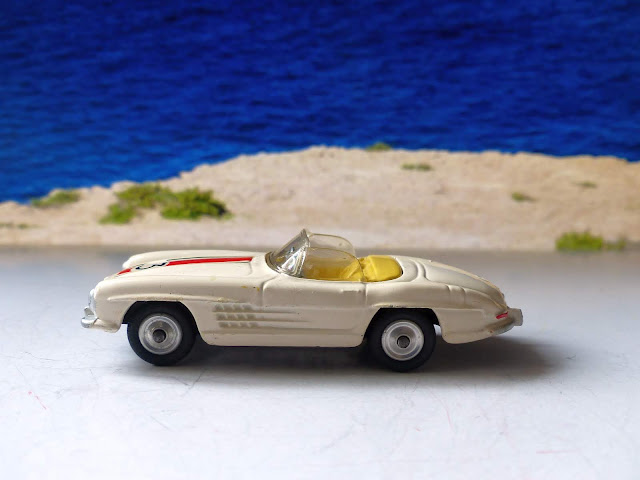 There is also a silver issue with shaped wheels and a brown interior, not illustrated here. Later cast wheels appear on the silver editions and very rare editions with wire wheels and a golden-silver shade of plating are also issued. More about those in a few years' time! 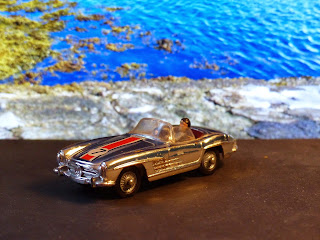 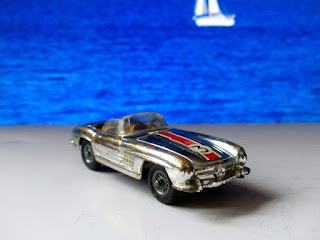 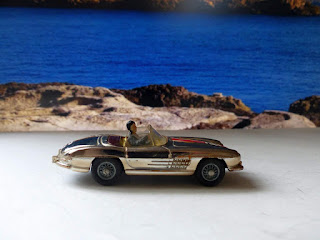 Available in March 1961 with suspension.

This was available with a silver-plated body and red top or a more scarce white body with red top. Each would have stripes added to the bonnet and boot and can be found with free-spinning smooth and shaped or cast wheels. There was also a very scarce edition with wire wheels. 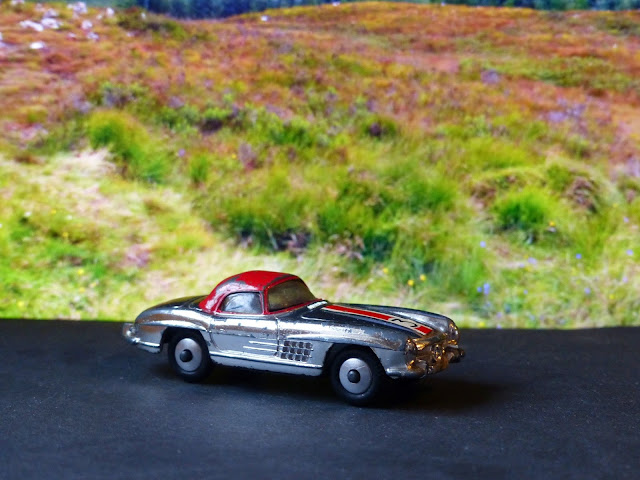 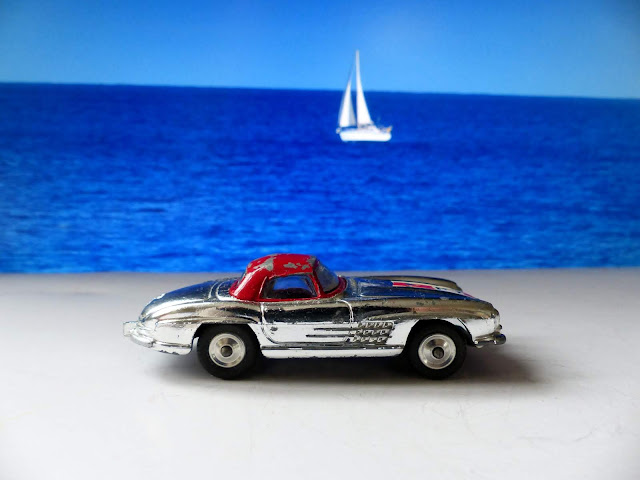 Jaguar 2.4 Fire Chief's car
This is the previous model with suspension and an interior added. No variations known other than that this can have smooth or shaped wheels, but always fixed. The last outing for this Jaguar, and the last survivor of the 1956 issue castings. 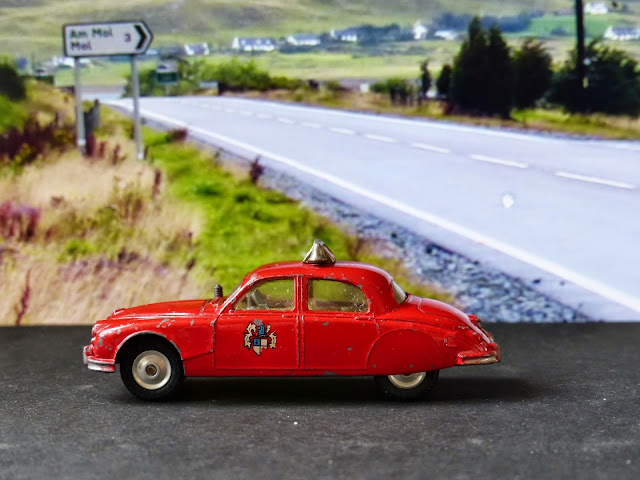 1120 Midlands Express Motorway Coach
A lovely looking model and quite different to anything else Corgi had issued or, indeed, would issue for many years to come. In an unspecified scale, it seems a little too small when parked next to the saloon cars but a most impressive model on its own.
You'll find this with fixed smooth or shaped wheels. 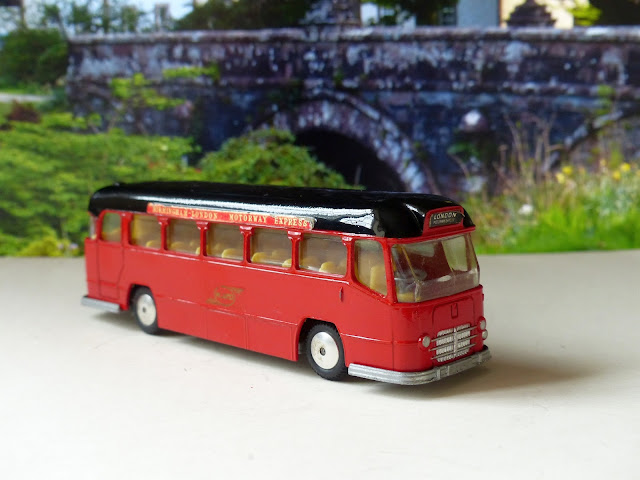 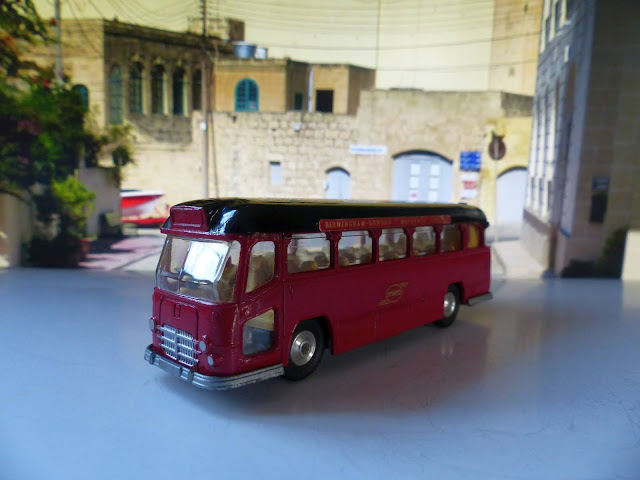