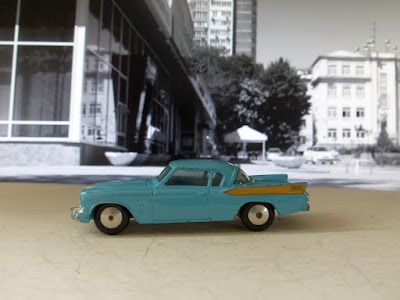 The chances of seeing one of these cars in the Hertfordshire lanes where I lived were next to zero. Even in the fairly wealthy city of St Albans where I went to school a Vauxhall Cresta was about as long a motor car as we might see. 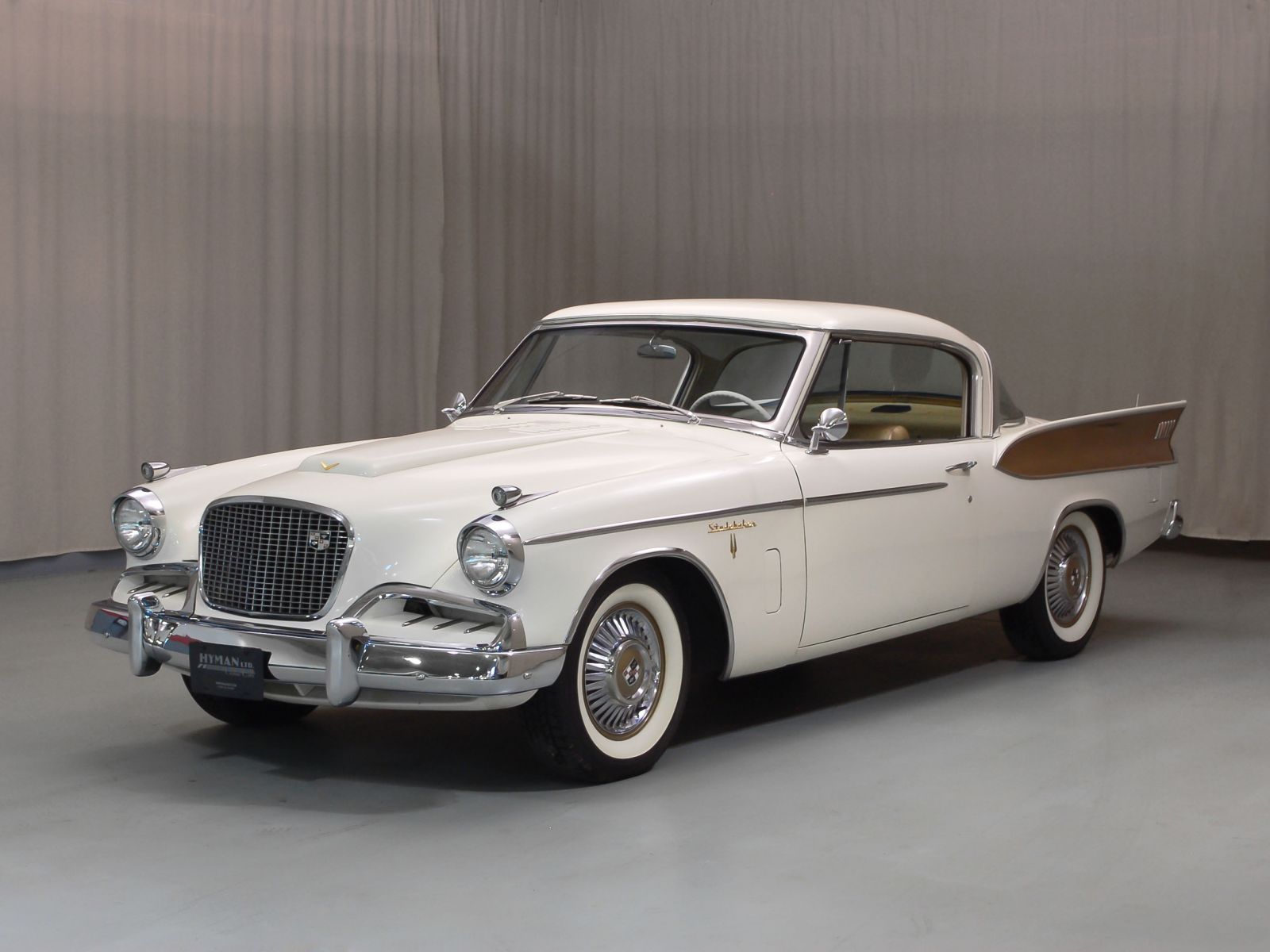 I would imagine that, if any exist, they'll be expensive. 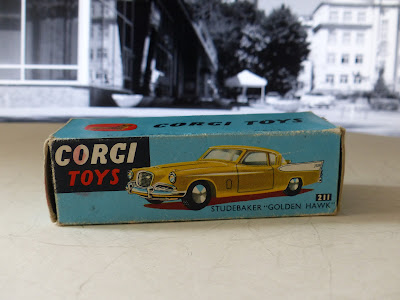 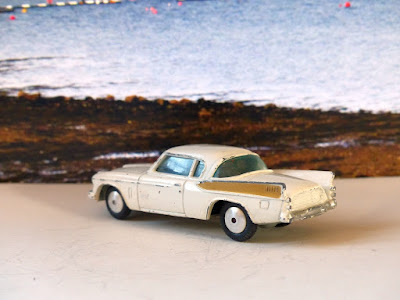 The 211M model only lasted until the following year as these 'mechanical' models were not selling well and were all withdrawn during 1959. Examples in good condition with nice running motors are now not at all easy to find, nor are they likely to be cheap.

The other issue this month was Corgi's second Gift Set. Appropriately named Gift Set 2, it contained a green version of the 406 Land Rover, now, for the first time, with a tan canopy made of tin. The Land Rover pulled a 102 Pony Trailer that had been issued the preceding month. This may have been red on a black chassis or cream on a red chassis. A pony with a blanket would be in the trailer. Although shown here with a brown blanket, I am fairly sure that the first ones had blue blankets, red and brown appearing somewhat later. 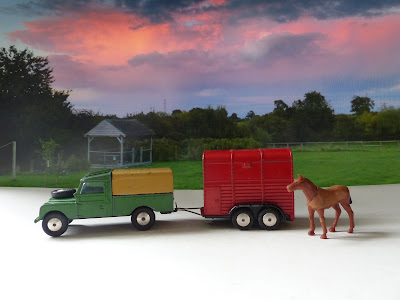 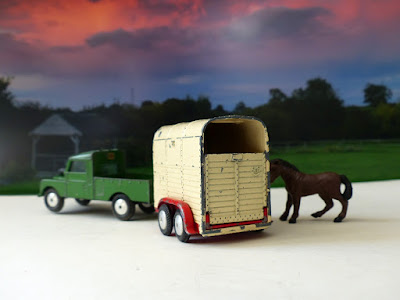 The illustration above shows a dark pony that is quite incorrect for the set! 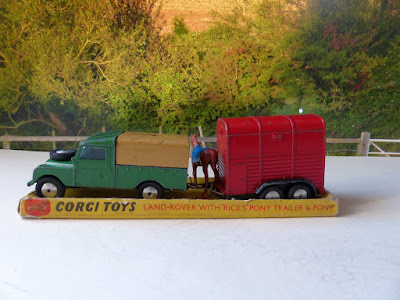 Notice how this tray has holes for the pony's feet between the Land Rover and trailer. These are genuinely original but it seems that the tray was later revised without provision for the pony outside the trailer. Unfortunately this old box has seen better days but it is an intriguing item that I had not encountered before.

As readers may well have gathered, the topic of Corgi Pony (or Horse) Trailers is one which I have been surprised to find remarkably fascinating! And here is another chapter. 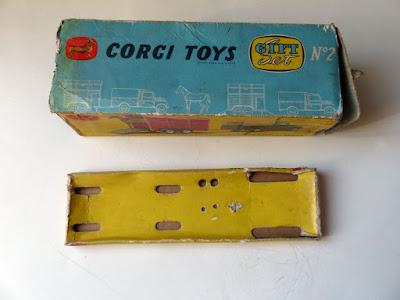