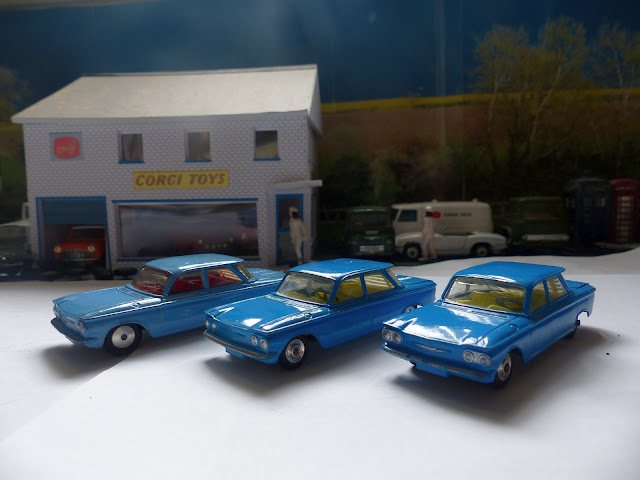 I had never really paid much attention to the Chevrolet Corvair. I've always regarded it as a slightly odd model that looks too small to be a Chevrolet. Maybe the unassuming blue finish doesn't help, or the Hillman Imp-like front end with the slightly lopsided driver's side headlamps. I have to say that I was missing something, though, and only yesterday did I realise that it had two different interior colours! Yes, I knew about the red interior fitted to the gold-plated edition for Gift Set 20 but I had always thought the normal boxed 229 model has a lemon interior.

The model with a red interior has just arrived and, whilst not difficult to find, it did seem a lot less common than the lemon. The 229 is also interesting in that it is one of the few models that can be found with all three wheel types; fixed smooth, fixed shaped and free-spinning shaped. (I have a feeling I may have encountered a free-spinning smooth wheel too which would make it unique with four but that maybe just my imagination.) It also comes in several very different shades of blue, early ones being mostly the pale-to-mid blue and later ones a darker, brighter shade.

My lack of appreciation of the different interiors made me do a little research to see whether there might be others I was not aware of. The table below may be useful to collectors and is a simple list of all the models that I can think of which, for the same external finish, have two different interiors or, in one case, three.


I am prepared to admit that I may have missed some so do, please, let me know if you have other entries that need to be made. I did not give a great deal of thought to the Majors or many commercial or utility vehicles which I tend not to have more than one at a time and that can be from time to time too. I know the Bedford Carrimore cab, for example, may have lemon or red interiors but whether they are both issued for the same model I am not sure, other than the Military Machinery Carrier listed here.

I have given the dates when a model was first issued but in all cases the alternative interior will have been fitted later. The Jaguar Mk X, for instance, was only issued in pale blue or pale green at first and the two colours referred to here came significantly later. The list is not an indication of which came first and I do not know yet very much about how rare one or other might be. The alternative Land Rover interiors are definitely very scarce, as is the beige Volvo with red but that's all I am aware of at this time. A study of what is for sale will give a pretty good indication as to which others are going to be hard to find.

I shall update my Catalogue accordingly and welcome any further additions if you have them.

The final character arrived today, a year or so after I wrote about these in this article. So I hope I can describe them as all present and correct. There are a couple of similar-looking chaps but a colleague drew my attention to the position of his arms being different in one set to the other. Interestingly, I see boxed sets for sale with quite the wrong people in - and that didn't help my search! I had to trust only those illustrations where every character remained attached to his or her sprue.

I hope that someone will now find these illustrations useful. I shall, in due course, provide individual pictures too. 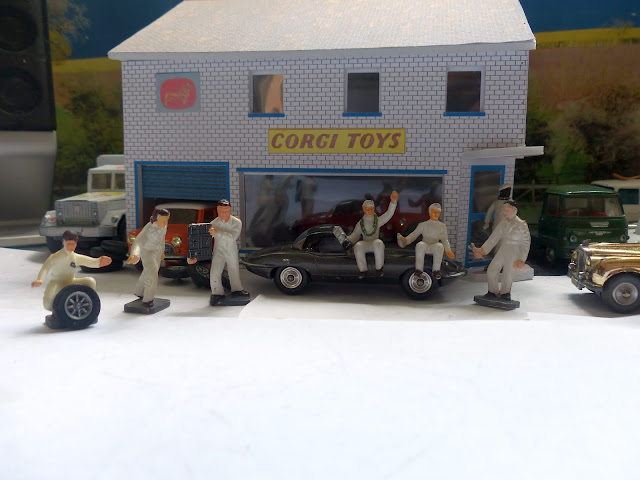 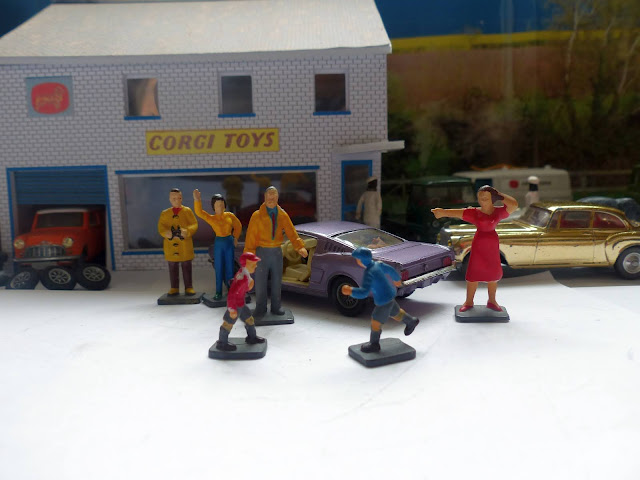 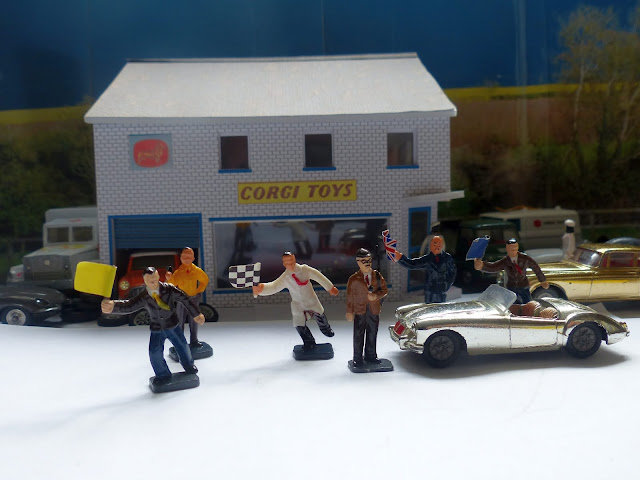 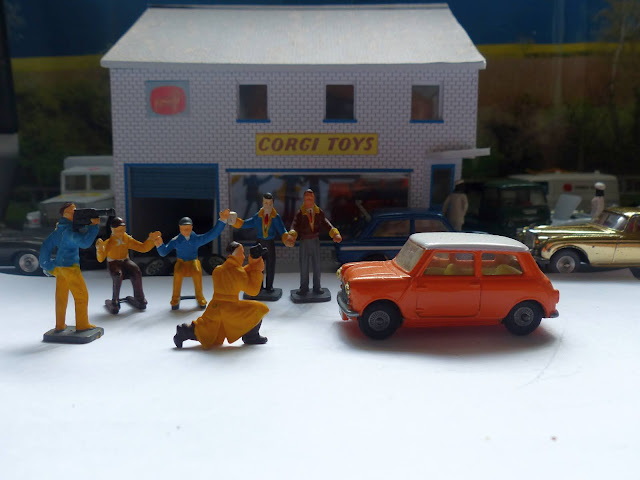 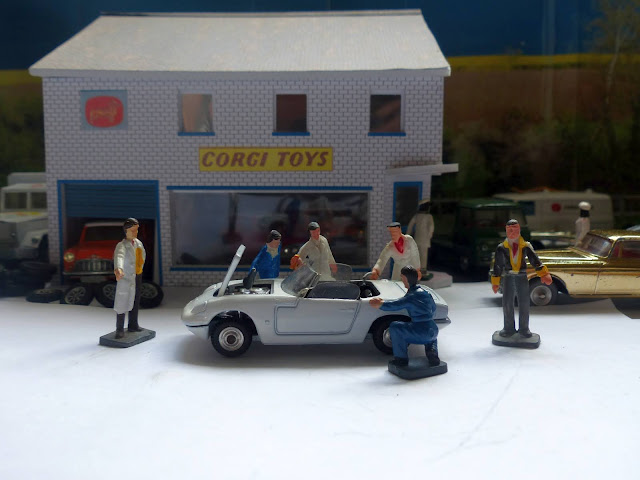