I had intended to write about the many characters who appear in the five packs which were available either separately or several were included with the big Silverstone Race Track and Garage Gift Sets. I was waiting until I had acquired them all but some are hard to find (at a modest price!) so I'll do what I can with what I have rather than delay any longer.

There are five sets of six characters. That would be thirty in all although one chap appears in several places in slightly different clothes or pose! 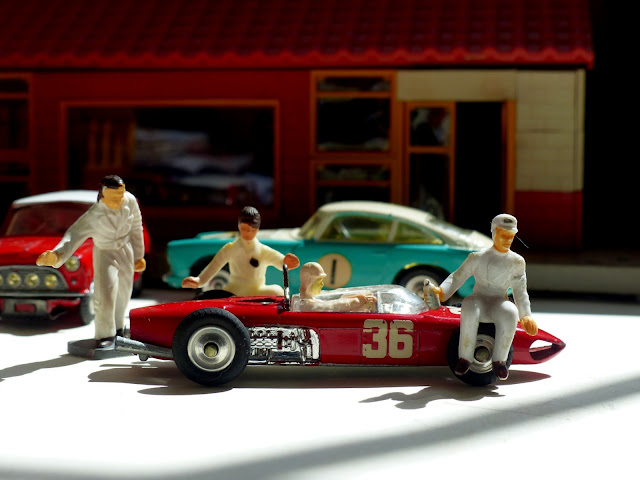 The three missing characters are shown below. 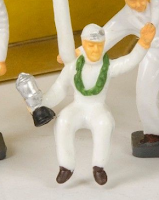 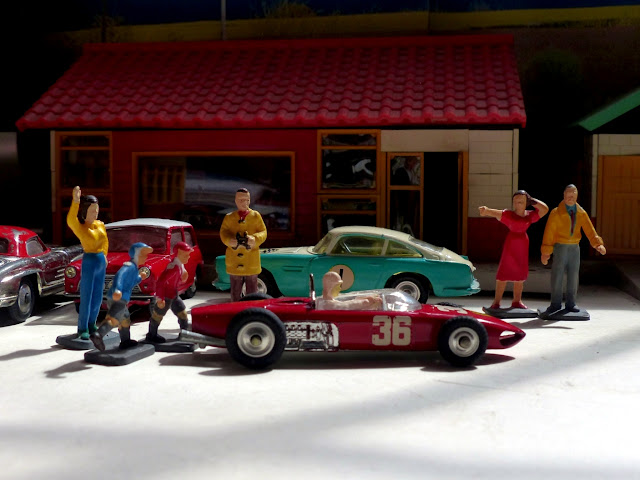 I have all of these.

1503 is the set of race track officials. 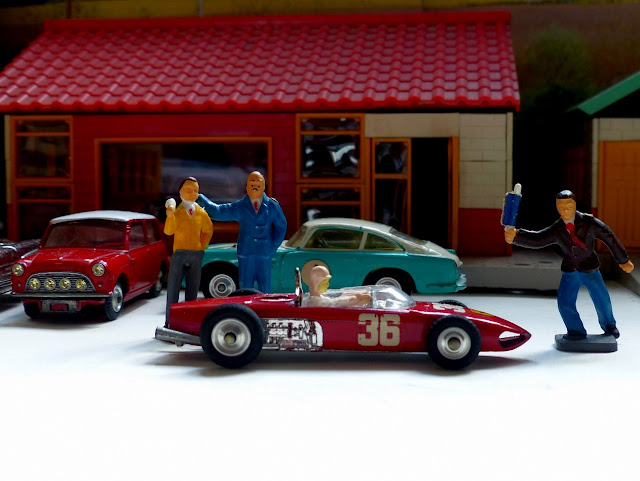 These are the most difficult to find intact. Most carry a post which gets broken or the paper flags get lost. There is also a broadcaster chap whose aerial usually gets broken. There are two similar-looking chaps holding flags in black leather coats and blue trousers but one has a yellow tie and the other a red tie. Update 30 September 2019 - I now have a complete boxed set with original flags still attached too! So those illustrated above are available now. 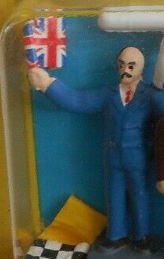 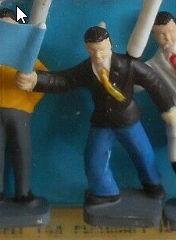 1504 is the set of press officials 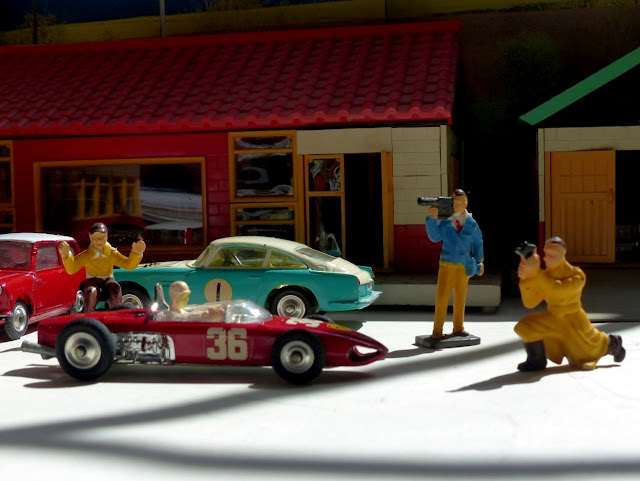 There are three missing 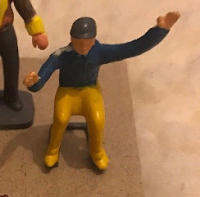 You may see that this last odd-looking fellow is the one who appears in the garage attendants set below. Or maybe he has a twin.

You'll see he has both arms free from his body and extended a little. So I do need him and he's not an identical twin.

Here is 1505, the set of garage attendant figures 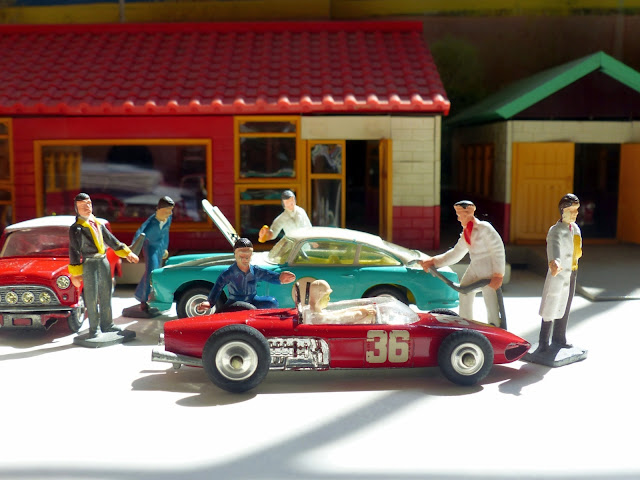 With the 'twin' who I now see is not an identical twin, my set is complete.

I am not entirely sure which sets came with which Gift Sets. I had originally thought that the Silverstone Set came with all five but those I have seen for sale only have 1501, 1502 and 1503. I can't imagine that 1504 wouldn't have been included, though, as there is a Press Box kit in the big set. So I think it is only 1505 that was not included and, I think, you'll find that in the big Garage Gift Set.

The two chaps in blue overalls in 1505 also came in the box with the 1142 Holmes Wrecker model and the one who looks like he's changing a wheel also appears with some farm conveyor models. Update 30 September 2019 - again I have been advised that the Holmes Wrecker guys are slightly different!

If anyone reading this happens to have duplicates of any of the characters that I'm missing then do let me know. Otherwise I hope these illustrations help collectors figure out which they may need and who fits in where.