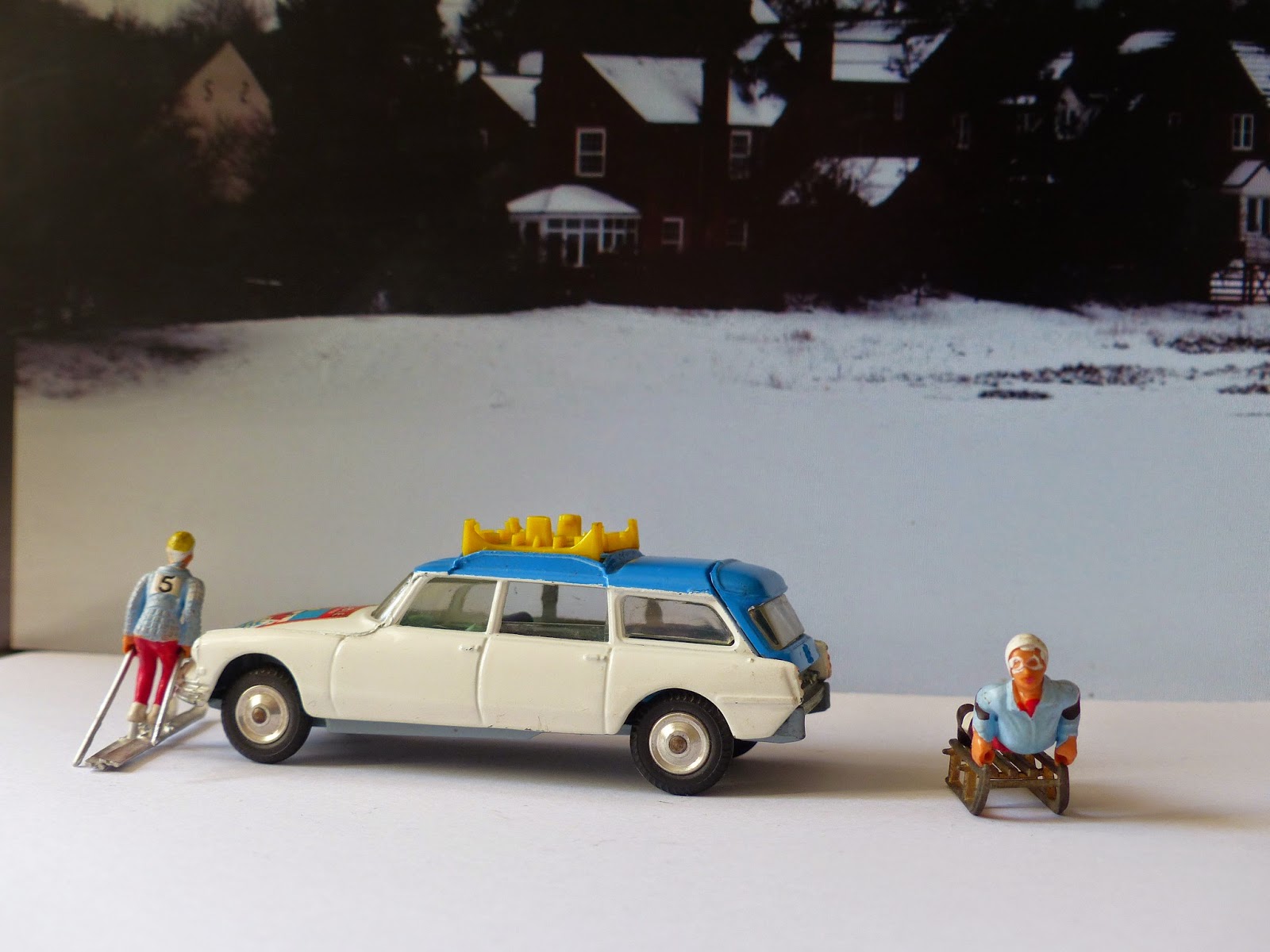 I had been putting off collecting the Citroen Safaris as they looked complicated. I think I have just about figured out which is which now.

There was, of course, the yellow first one which really did look like it was on Safari with a strange sticker on the bonnet and in that never-to-be-repeated bright English mustard hue. After that there was the 1964 Olympics and that's where I got confused because as well as #475 bearing the Olympics sticker, there are also the same all white models with a Corgi Ski Club sticker. These came with one figure but 4 skis in yellow or red and 4 poles in the same colour. I haven't got that one yet.

Four years later the model is brought out again for the 1968 Olympics. This #499 has a nice blue roof and rear door, the same yellow contraption on the roof (some have red) which this time holds a nice metal toboggan and 2 skis and ski poles in yellow or red. In addition there are two figures - the skier and someone to ride the toboggan. I like the way the ski poles fit into the hands of the skier and the skis on her feet. This is the one that has just arrived. I didn't have all the red skis or poles so have added some lovely metal ones which look great, if not original. The car itself is unmarked and in first class condition, as are the original figures and toboggan - bits that usually get lost over the years.

Finally, at the end of most Corgi Toys listings, comes #513 in 1970. This has a red roof and rear door, the same toboggan and two skis and poles but in place of the figures there is a stand-up rescuing person and a St Bernard dog. Yes, this is the Alpine Rescue version. It is also the most expensive to buy now, despite being the most recent and it was around for a couple of years too. I haven't found one at a reasonable price yet and you need the right bits, especially a dog!