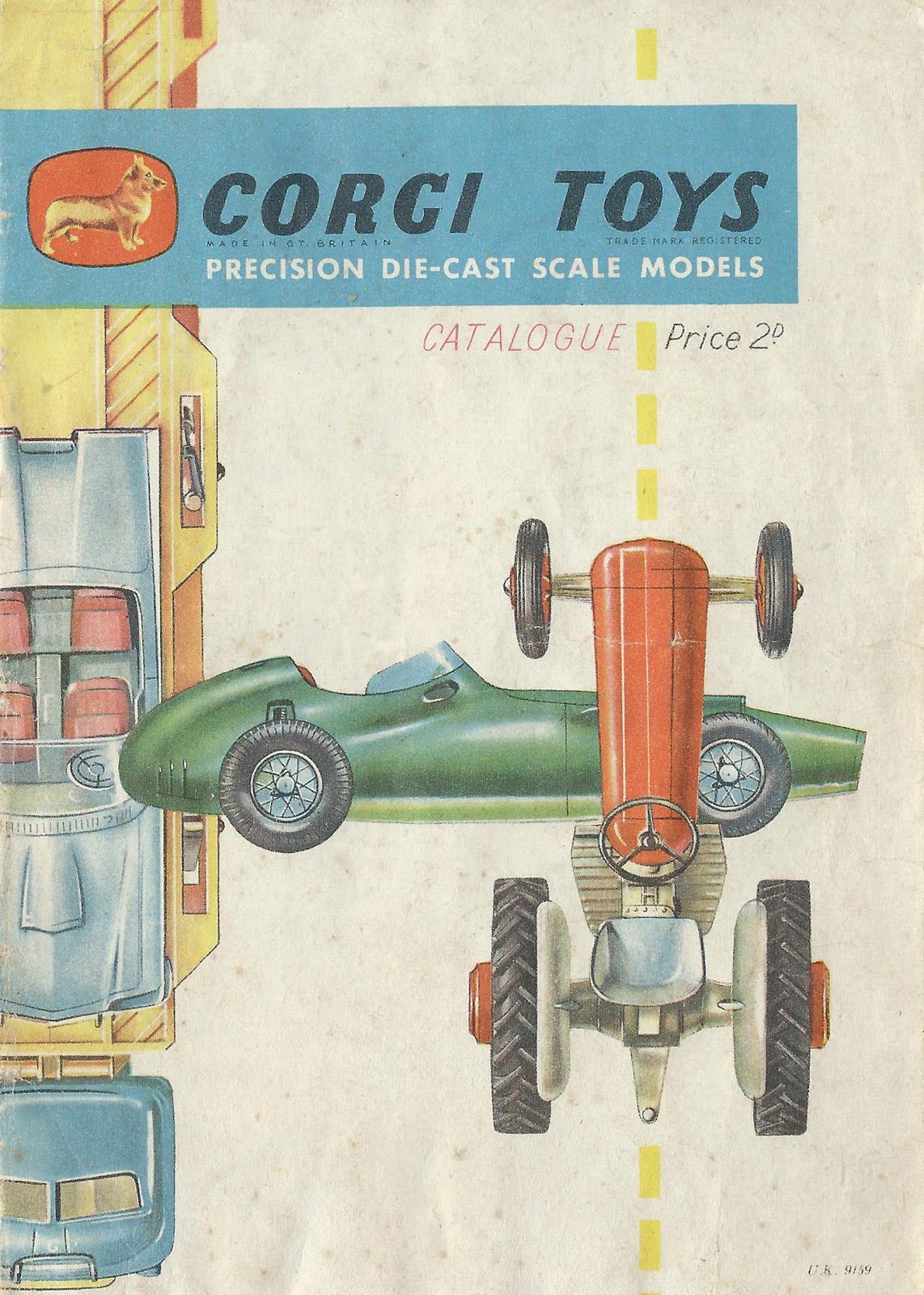 Several changes afoot now. Here come the tractors - and a marvellous Combine Harvester! The colours are looking a bit brighter, with two-tone schemes on nearly all the cars. Suspension appears, although just 'Available later'. Something called internal panelling is referred to as well, by which I presume they mean part of the same flimsy bit of moulded plastic covering the area visible inside.

Interestingly, prices have generally gone down! 1d off the M models and, for example, the Land Rover and Horsebox now priced at 7/9d, 3d less than the year before. The Land Rover, incidentally, has now changed colour from blue with a white cab roof to yellow with a black cab roof.

There are still four pages with big illustrations of things like missiles and rocket launchers - what they now call Rocket Age models. Clearly, war is still very much on people's minds. A couple of Chevrolet Impalas appear now for the first time and boost the general US-friendly feel to Corgi. Only a Renault Floride and Citroen DS19, joining a couple of Mercedes 300SLs, represent Europe.

The catalogue itself has a portrait format and a very designed cover - a complete contrast to the previous year. It's an odd image that is reminiscent to me of the start of The Fifth Element and quite what the dotted yellow line is doing I have no idea! 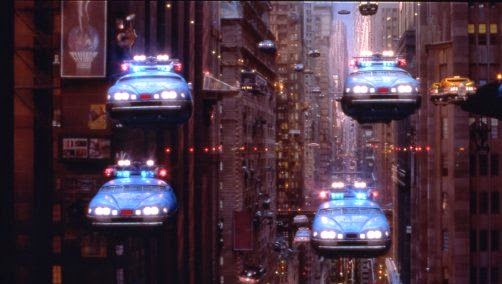