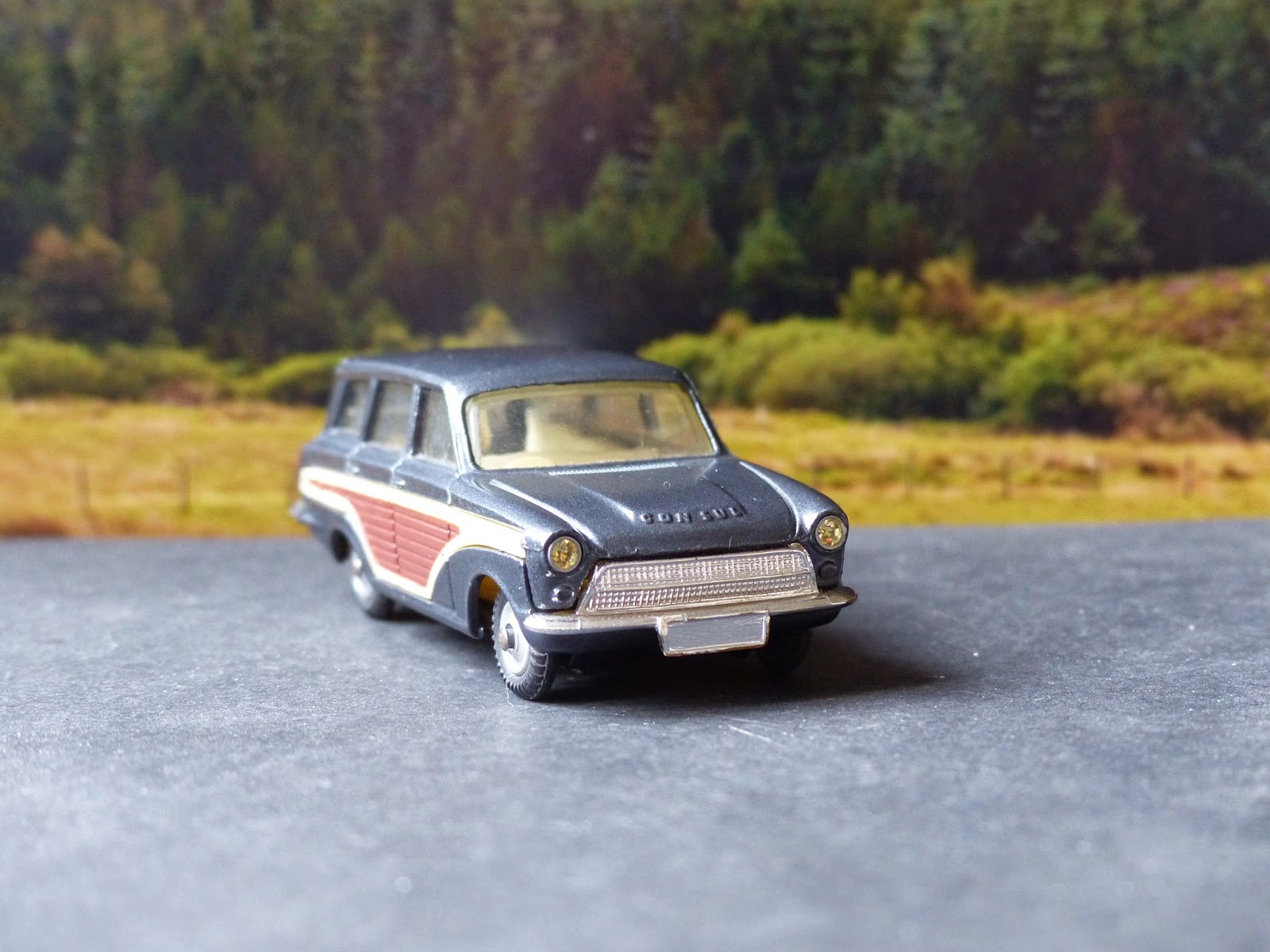 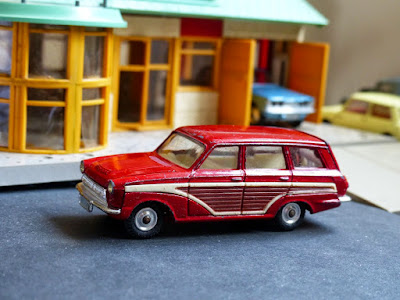 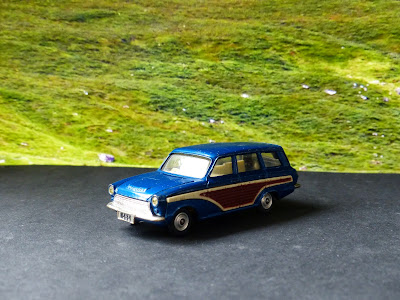 With a common blue and slightly scarcer red for comparison, here is a very nice grey Cortina Estate from 1966. It is not that frequently encountered in this shade although I found more grey when looking or stock than I did of the red colour that this car was also produced in.

This is the car with the #491 which is one of the highest in the list for reasons I cannot fathom, nor why exactly the same car (albeit only in blue) in a box with a golf trolley, dad and boy is #440. It was one of the last that I bought to play with but I'm sorry to say that it seems to have been lost between then and now whilst much older ones (including some that I didn't actually like as much) have survived, even with boxes. Mine was blue but I don't remember getting the golfing family. The trolley, incidentally, has been recycled from the Chrysler Imperial. Replacing the blue one wasn't too costly but the grey shades cost a fortune - this is for sale at over £100. 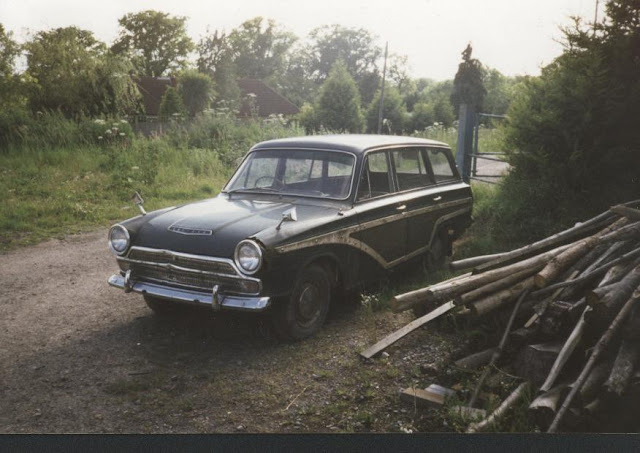 The model is very well made and the photo above of a real one shows how this actually looked. (Original from Littlewheels). I used tot think that Corgi had made a mistake by putting Consul on the bonnet but now realise that early models did have Consul and it was not until sometime later that the word Cortina appeared. (Thanks to a reader for correcting me - and presumably he's writing to the Little Wheels Andrew too whose observations I had used!)