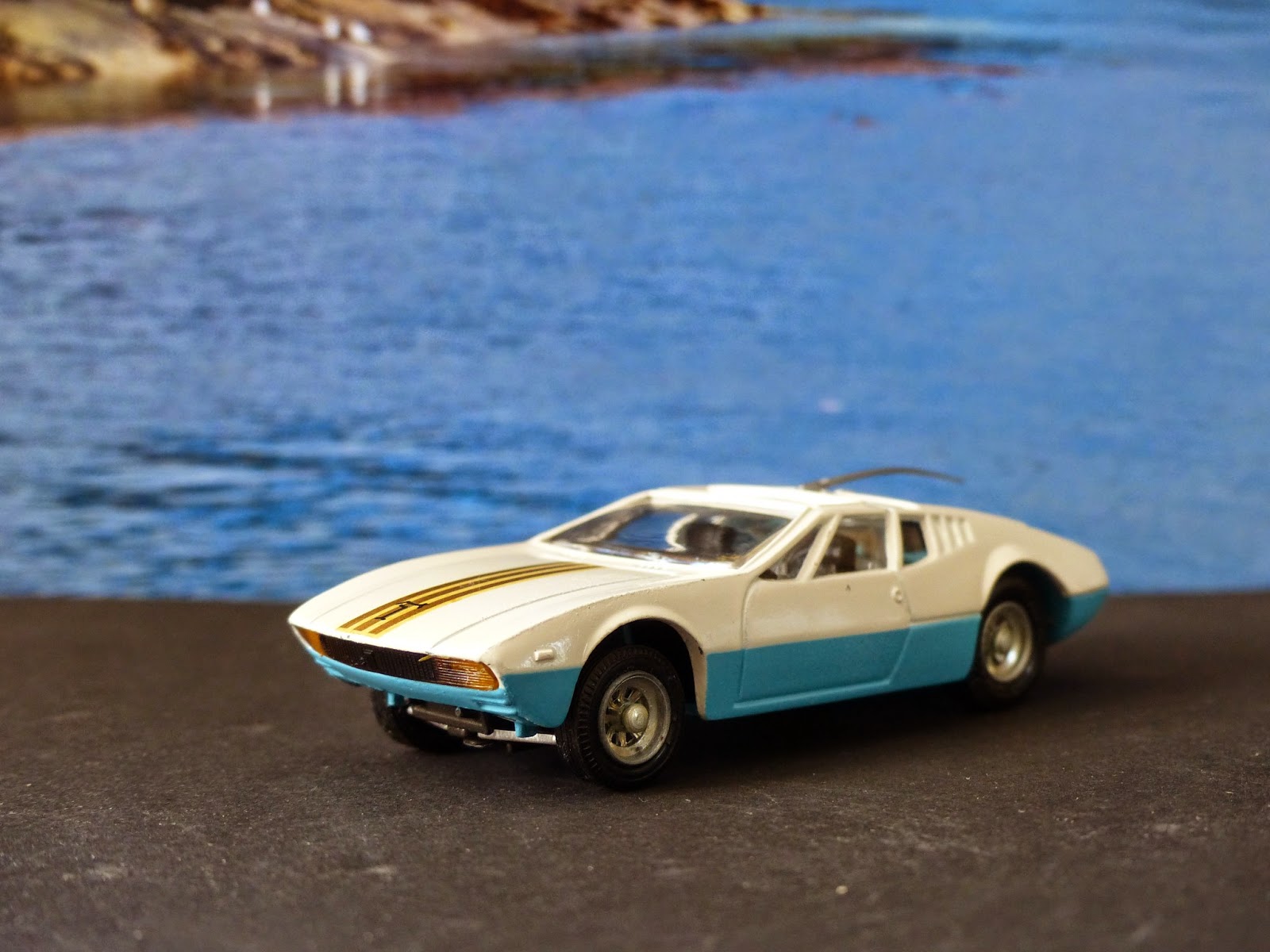 In from Belgium today came this Ghia 5000 Mangusta. If that's not a mouthful enough then you need to add with a De Tomaso Chassis for the full title. I have been looking for one of these for a while. They were produced only for a short time in 1969 and, whilst nicely made, it's an odd model. Confusingly, the model number is #271, later used for the big James Bond model.

For some reason, Corgi decided that they needed a car where the body could be detached from the chassis. they had already done something similar with #319, the Lotus Elan S2 hard top. That was OK and they could use the excuse that it was in a Lotus Racing Gift Set where there were different bodies that could be used on the chassis. It was still a bit pointless and that model lacked the suspension of its open top sister model #318 and generally didn't run that well. This Ghia does have suspension and runs smoothly and is a good-looking model but still, without anything to exchange, seems pretty pointless.

It also seems very big to me, the wheels in particular. Nicely detailed but very big. There was only the one colour scheme and nothing opened or did anything. This one is one of the very, very few that exist with an original aerial in place. So many have that missing - I think that the angle at which it sat made it very vulnerable when either being taken out of or, possibly, putting back in a box or even just being brushed against something or caught in a woollen jumper.

I am also fortunate to find one with its original box and packing, even a yellow elastic band and leaflet. It's a late box with a cellophane window and they seldom last long. The inner tray is also very flimsy plastic. Card would have been so much nicer. Was this the start of the downfall? Whizzwheels were just around the corner - I can easily imagine this with them but it made it out just in time. 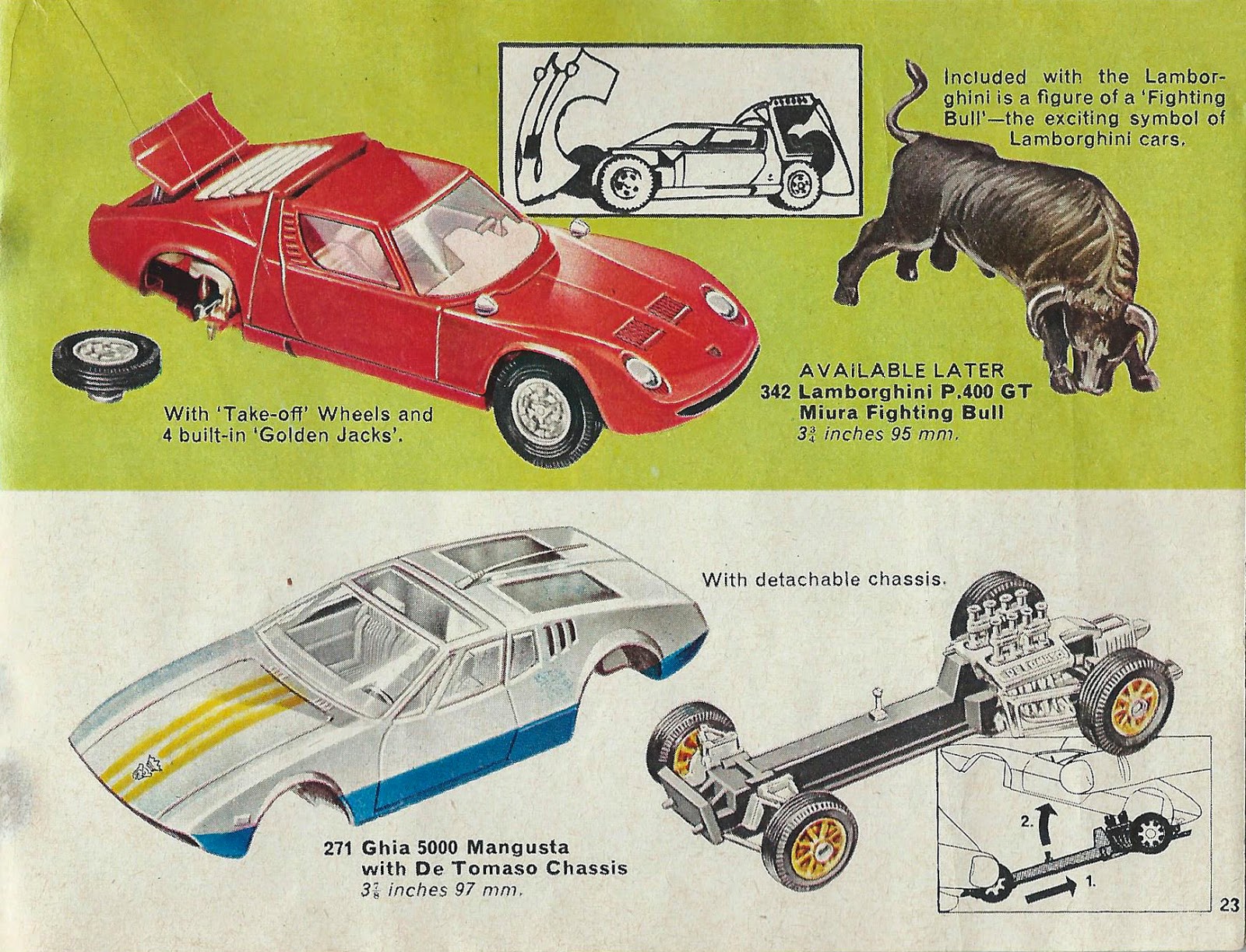 The 1969 Corgi Catalogue illustrates it with gold wheels so I do hope there isn't some rare variant to discover! I doubt it as the model above never made it with take-off wheels - the Lambourghini was one of the first to succumb to the ugly wheels.