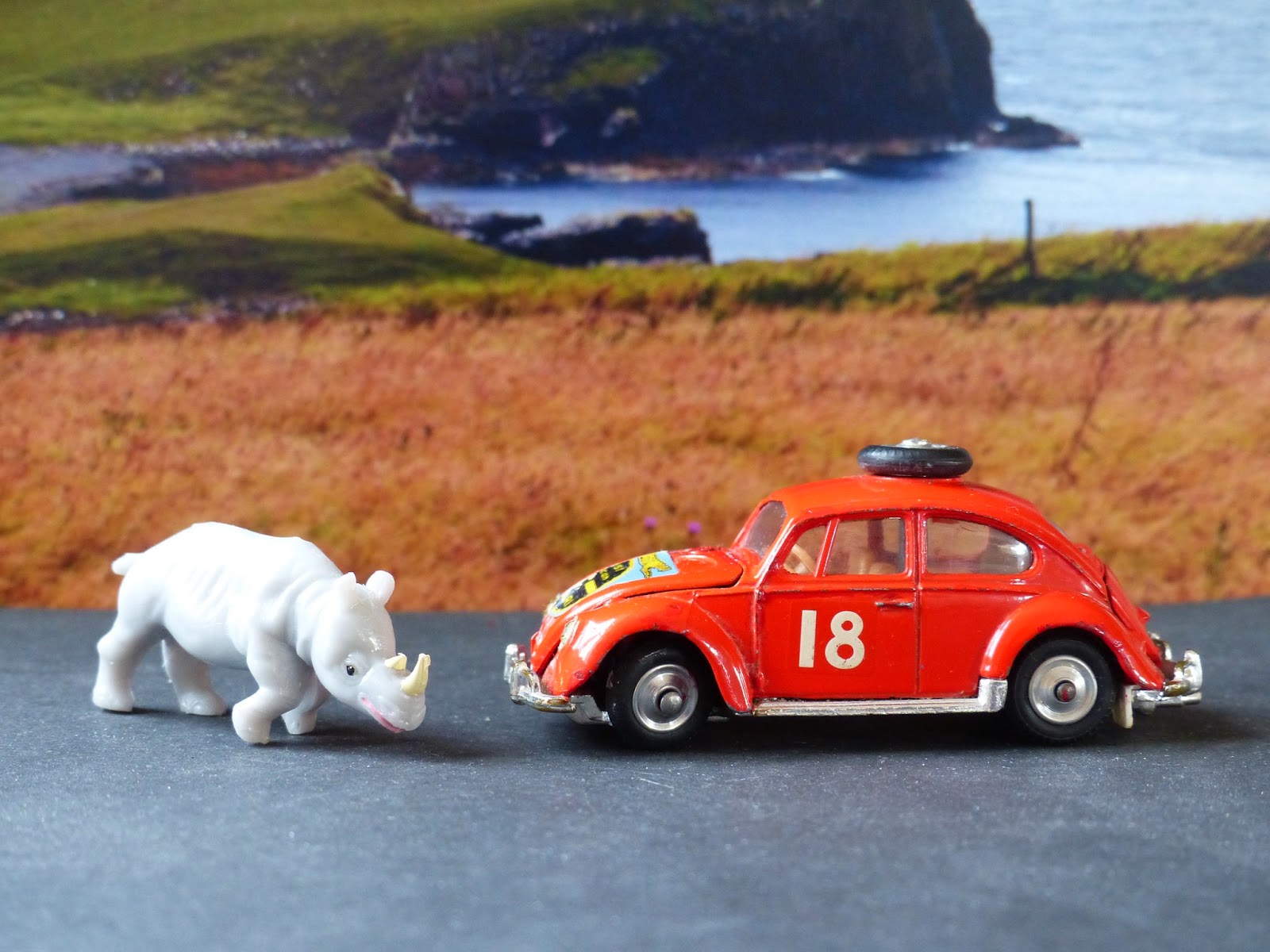 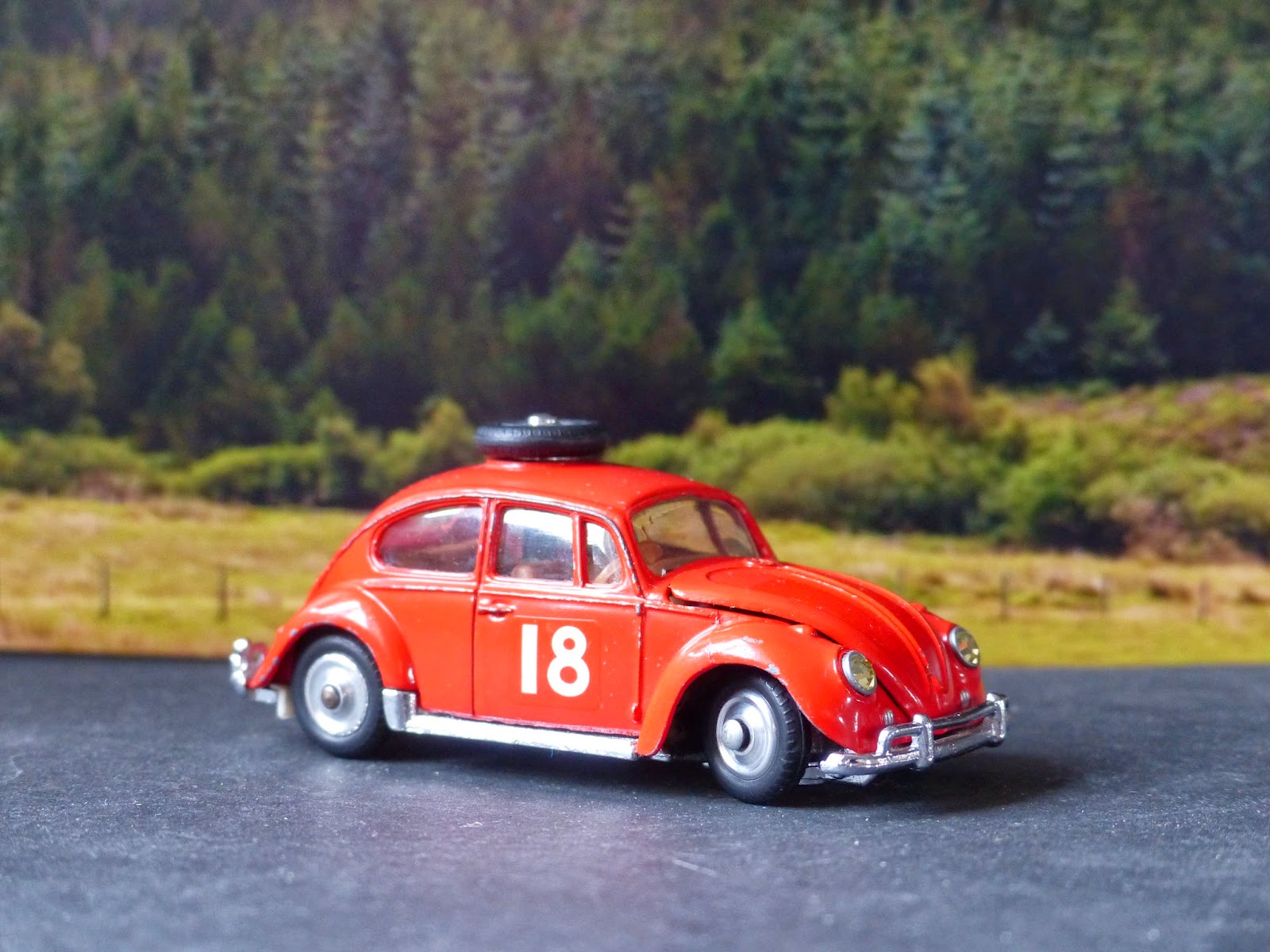 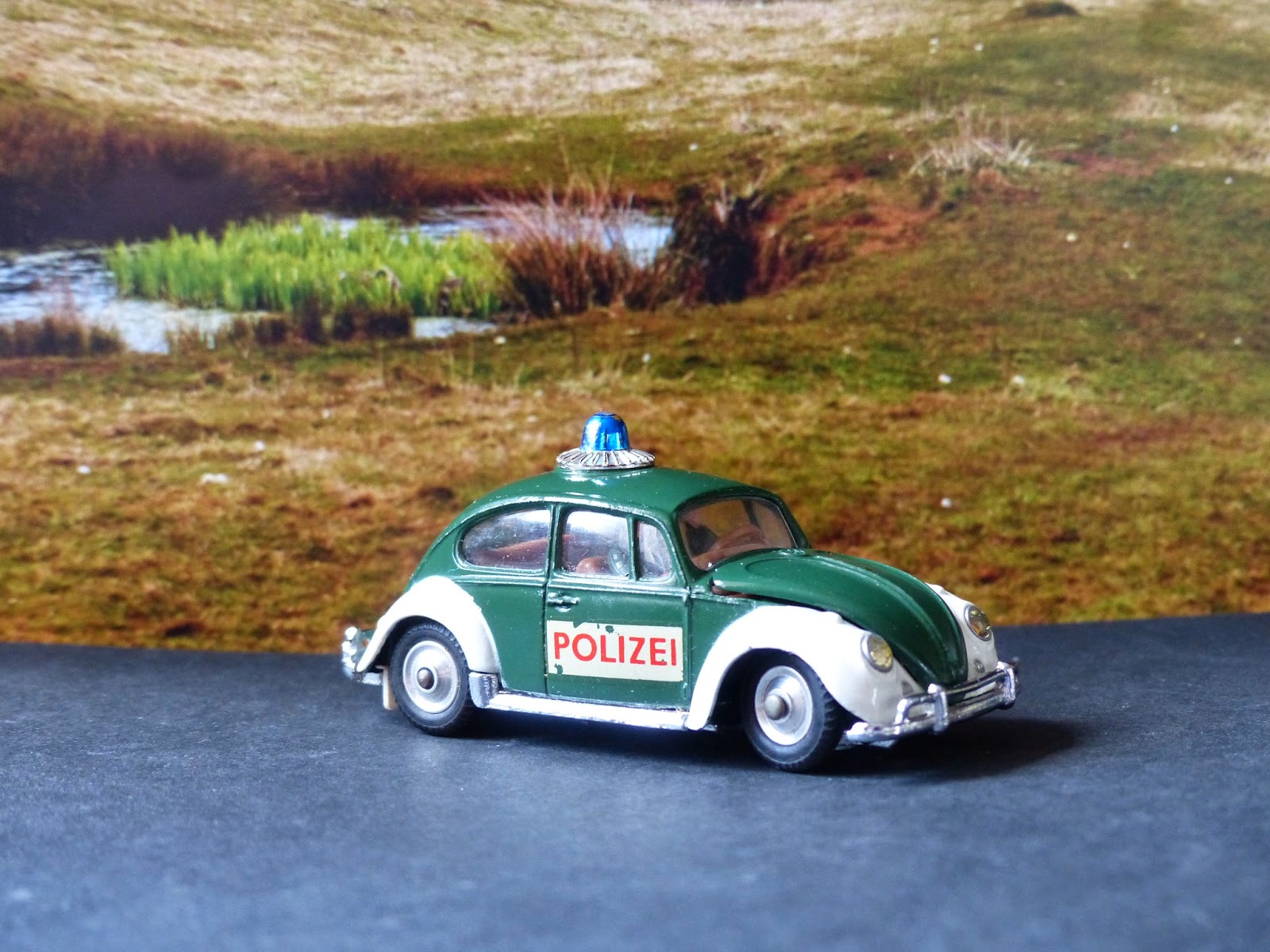 I think I have enough VW1200s now, having located two East African Safari models and a European police version with a blue light, unworn steering chrome ring and this one also has intact windows. So why. you might ask, do I need two East African Safari models? Well, until I wrote this and looked again at the pictures I have in the web galleries, I had not realised that there were both LHD and RHD versions of this model! I presume it only applies to #256 as it would be a bit stupid to have the European police driving a right hand drive car. By pure chance, the two I have bought for stock were one of each. The one with the sticker is left hand drive and the other right. Amazing bit of luck or now I'd have to look for a third.

There is also a rhinoceros with one of the Safari VWs but I am not sure if it's an original or not. It looks quite cute and must be  baby rhino, assuming the 1:43 scale applies! I had this set when I was little and the size is right - the reproduction box also has holes for its feet ad they're in the right position. The box is not brilliant so I may invest in a DRRB one for one of the cars and the rhino. At least that's a simpler set than the Daktari one I am trying to gather. There is a reasonably priced original rhino for sale I shall try and get for the boxed set.

This is an exceptionally well-made model and looks good enough to last another 50 years easily. The rhino still won't have grown, though.