The Curious Case of Noddy's Wheels 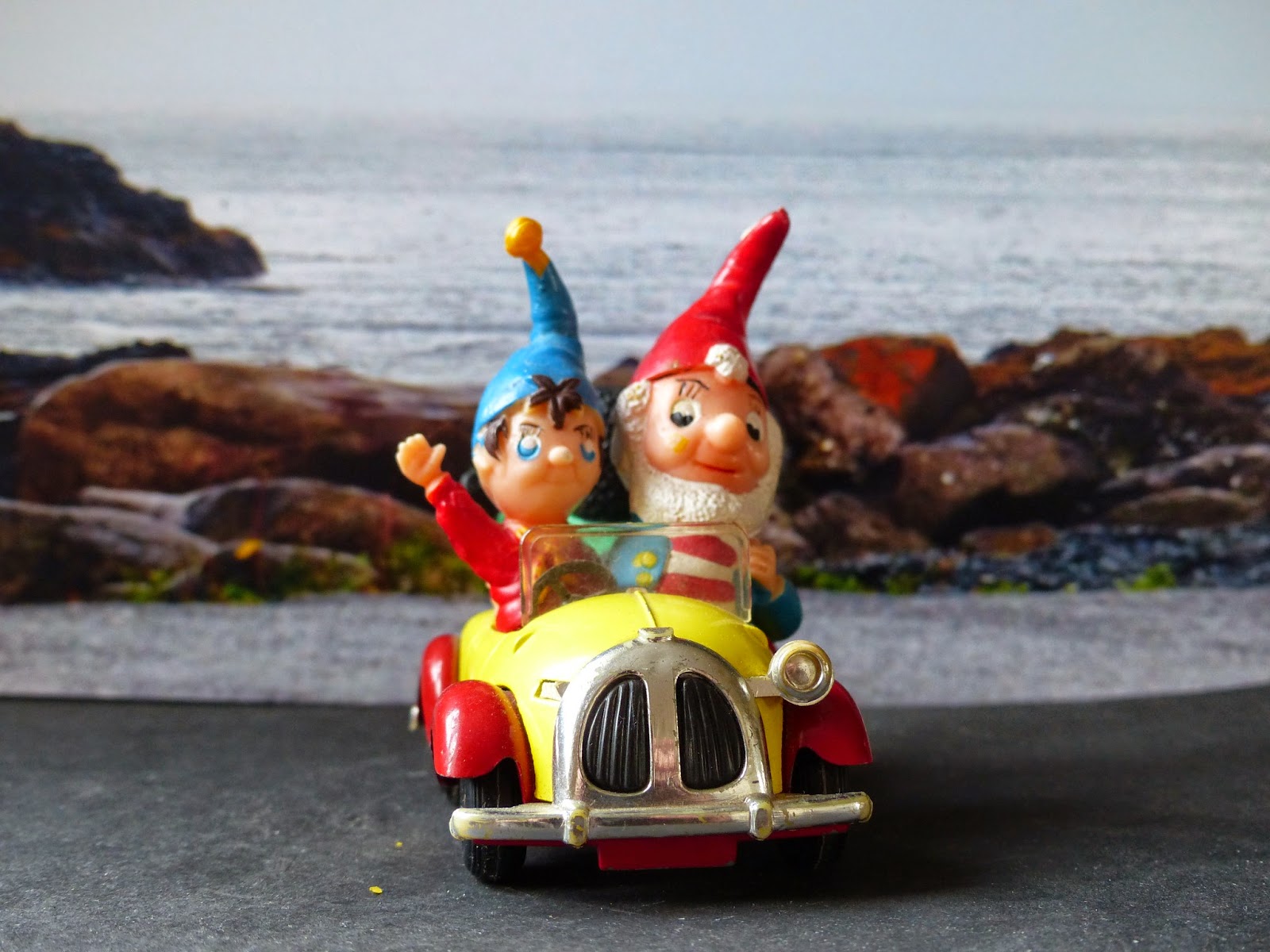 The curious business of Noddy's wheels arose when the model below arrived the other day. I was looking for one to take to pieces and restore as just about every Noddy's car I find is either priced at more than £200 or has broken headlamps.

These wheels are quite plain, with no features that 'normal' #801s have, including my own own 1970 example. 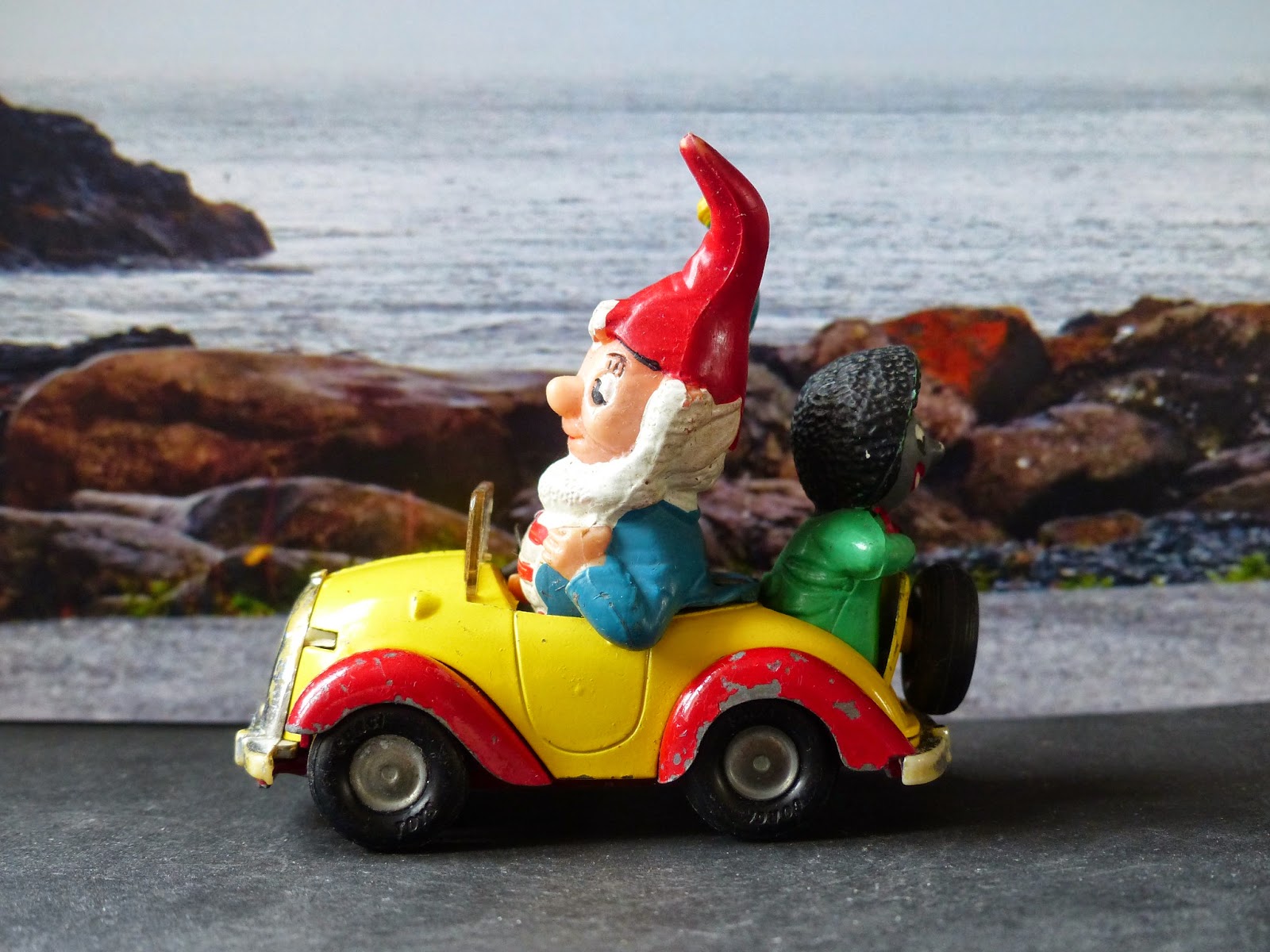 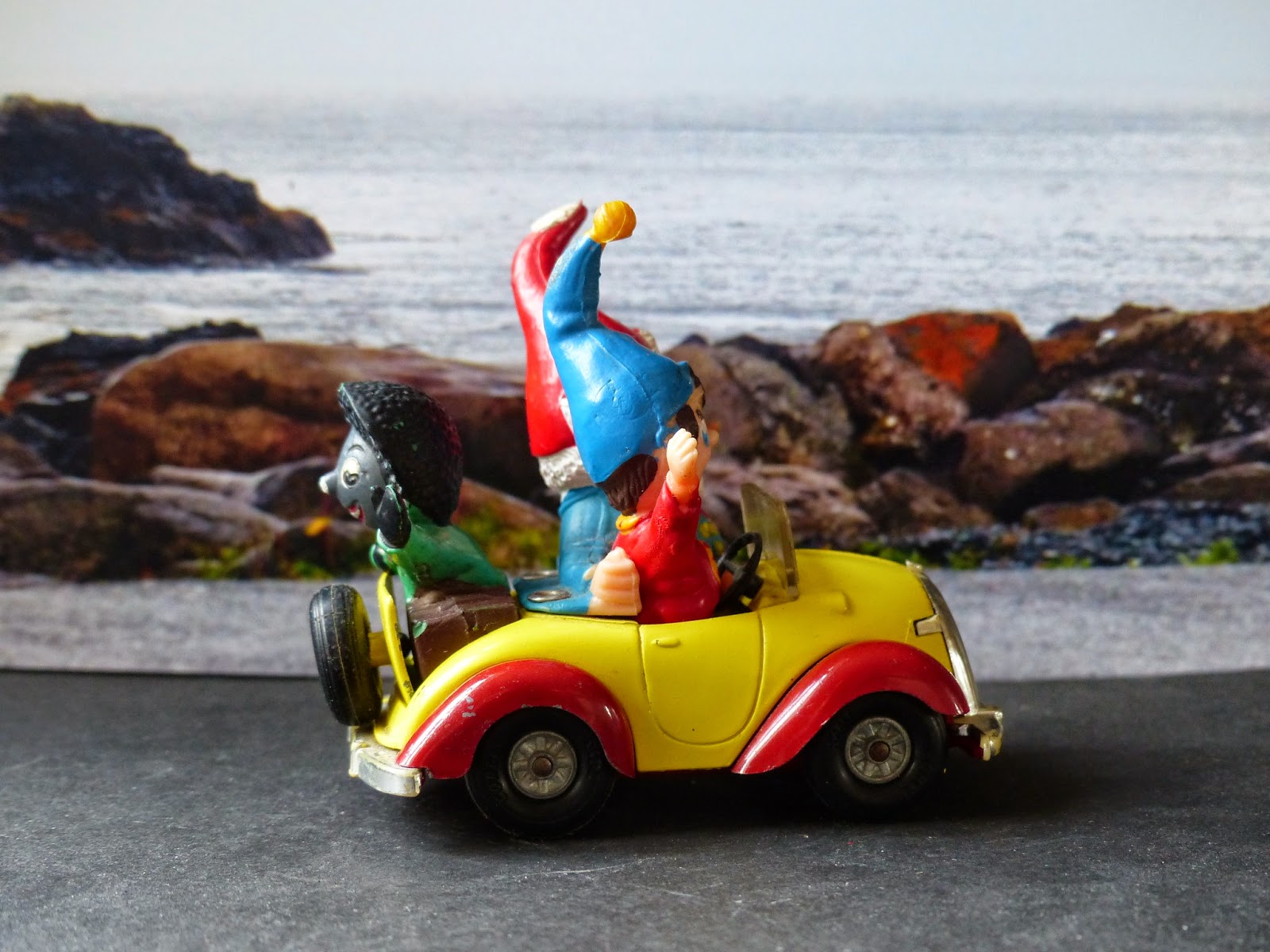 So now I have to do some research to find out whether this was a very early or very late version and to what extent it may or may not be rare so that I can figure out what to do with it.

I did think Noddy's car would have been a simple thing to deal with but I now have to add wheel variations to the different characters that wave at us from the boot. First there was black-faced Golly, then came grey-faced Golly and finally Mr Tubby Bear gets his ample frame squeezed into the boot. I think the change was made for political correctness which was rife in those days but, to be quite honest, I was more concerned about Big Ears!