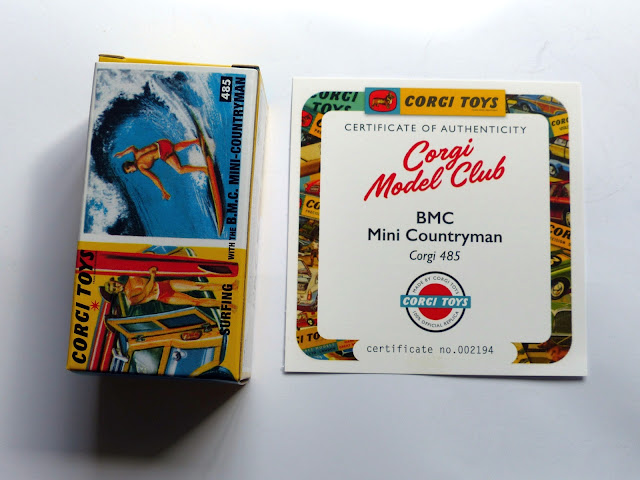 The Corgi model Club replica of the 485 Austin Mini Countryman has finally made it to our letterboxes. In the package you will find an accurately-sized but somewhat shiny box and the Certificate. I had not appreciated until now that this was entitled not Austin Countryman but Surfing with the B.M.C. MINI-COUNTRYMAN although the model still has Austin Mini Countryman on the base. Just to confuse us, the certificate has BMC Mini Countryman (without the hyphen) so take your pick!
In the shiny box is the car, a square piece of foam to protect one end and the surfer boy in a plastic bag protecting the other end. 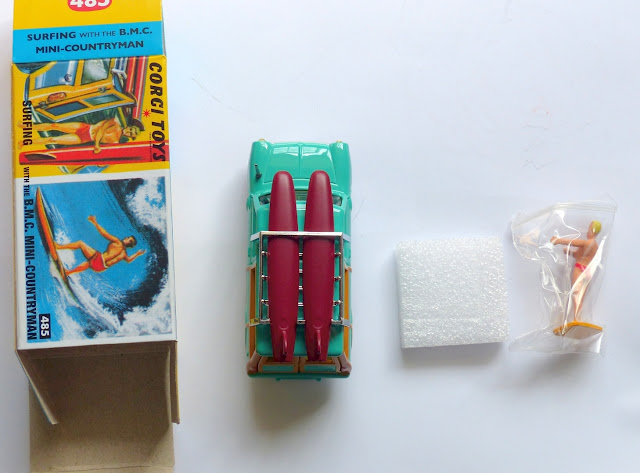 This is another fabulous replica. The colour is spot-on, as is the reproduction of the roof rack and the plastic surfboards mounted on top. 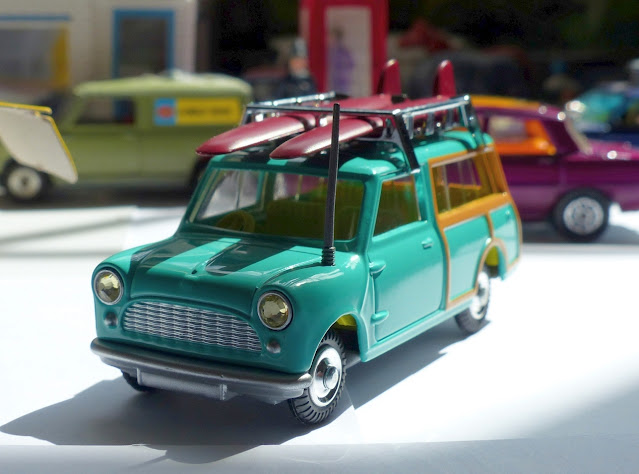 The paint is slightly thicker than the original which has resulted in less definition of the Austin badge but that may be just as well now that it's supposed to be a BMC anyway!! The silver paint is good, too, almost too good and covers the side lights, which the original did not have in silver (to the best of my knowledge). There is one quite noticeable difference in the grille. The original has a rectangular shape which I guess is where one would have opened the bonnet on a real one. This has no such design included which is a little surprising. Maybe the edition they copied didn't have this feature. 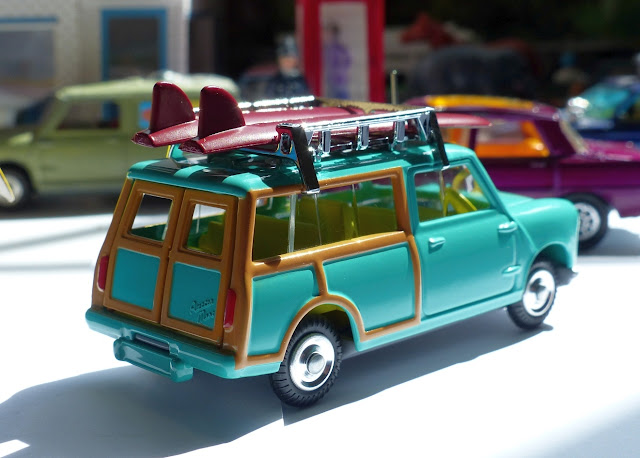 Another feature that has been included is the rear wing petrol filler / cap which is missing from some editions. The doors are wonderfully well finished and, for a moment, I wondered whether this model did, indeed, have them opening. The Minivan's doors would open as soon as you accelerated forwards or went up an incline. These stay nicely shut, without glazing, again being faithful to the original.
The interior is the same bright yellow colour and I can really see no difference between the two. 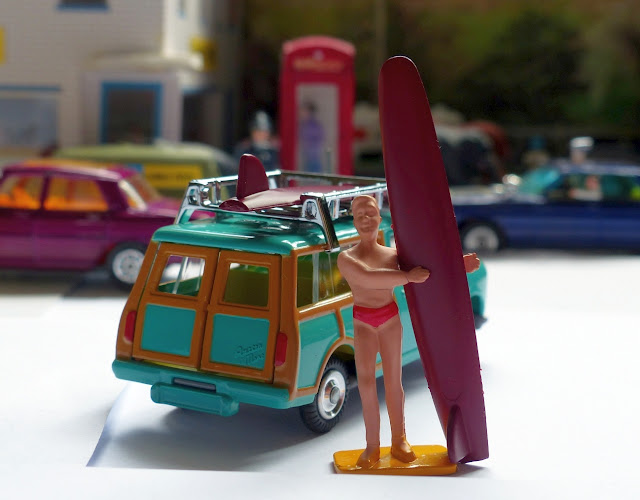 I have not had the surfer boy figure for many years and have not bothered to look up an original figure to compare this one with. The overall display works well, as you can see.
The aerial is very straight and seems somewhat thicker than the original. This may be no bad thing as they tend to suffer from being caught when moving the model around or packing it away but it does look a little wrong as this thickness would approximate to a solid bit of tree branch in real life.
The other very small niggle concerns the 'jewelled' headlamps. I would like to see the Club spend a fraction more and get some real glass jewels instead of the less effective plastic. It would make quite a difference.
Otherwise congratulations once again to the team, who must now be basking in the sunlight of compliments and relief that they've got over the delivery problems, whatever they were. 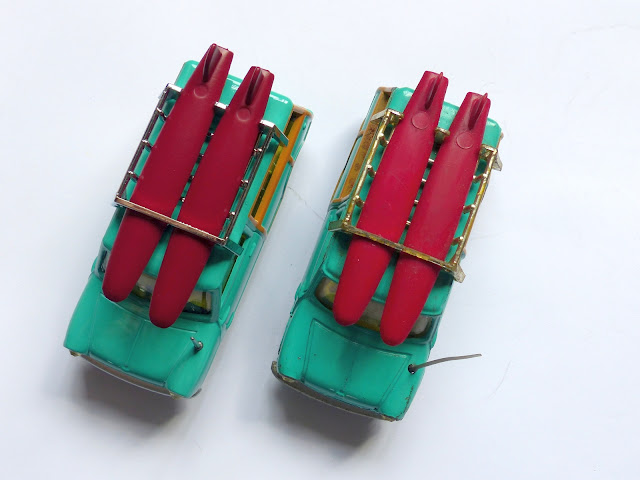 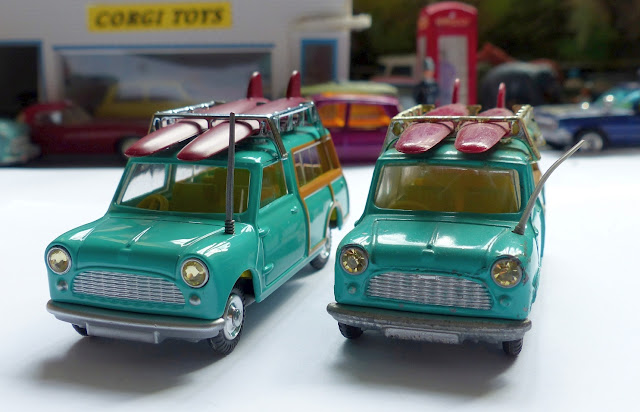 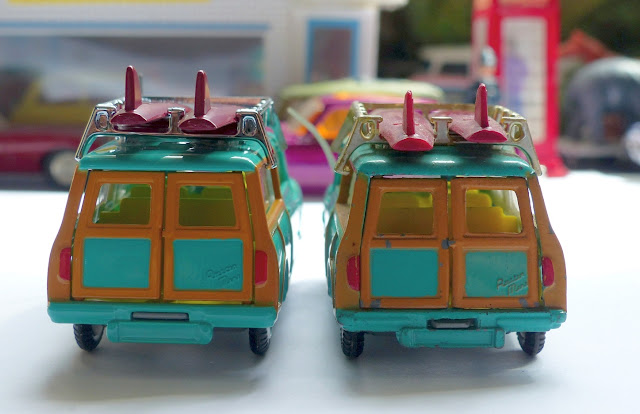 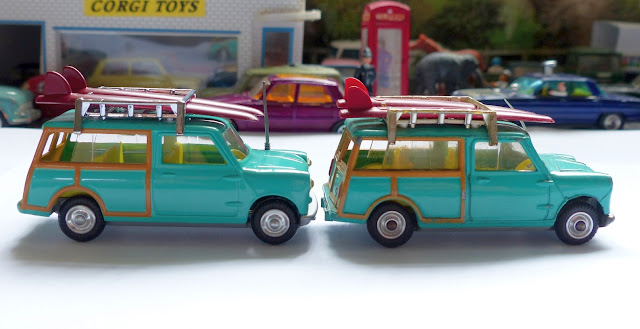 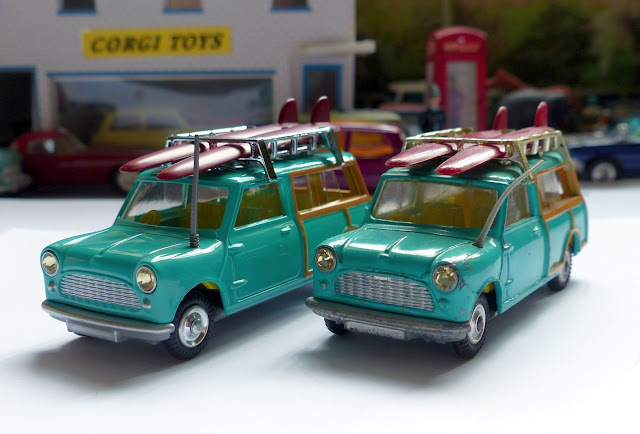