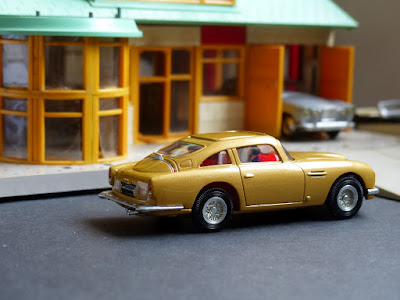 So here they are at last, the brand new James Bond Aston Martin DB5s from new Corgi in gold and silver. A sort of syrup colour might better describe the gold shade. They are identical apart from colour and have super detailing and features that all work as they have done through the ages, just the tyre slashers missing on these editions. 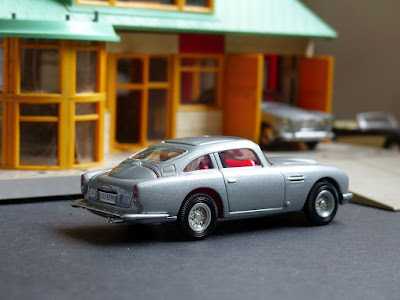 They come in an interesting box that may be a sort of brain tease to open, requiring that you pull both ends except that there is nothing get hold of at first on the left side. It is quite odd and counterintuitive so I can see several boxes getting broken as a result! 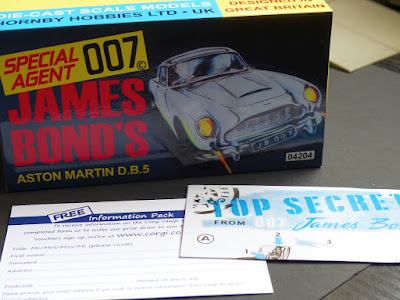 The image that will be familiar from #261 is back on the box with an approximation to the flash and text of the original issue and even a 'Top Secret' set of instructions in similar colours and vein to the old one. 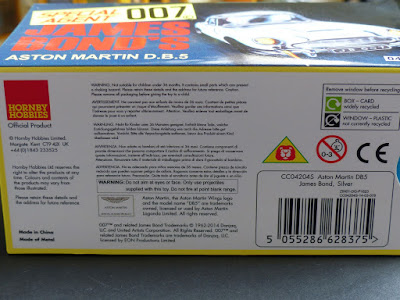 Both models are catalogued as 04204. The silver model has an ID code ending 375. The gold one has a label stuck over the silver code with and ID code ending 382. Other than that the boxes are identical. 'Made in China' is suitable smll and so not as likely to cause wailing of things like Why don't we make things like this in Britain any more amongst men of a certain age. 'Made of metal' will amuse many of us, at least! 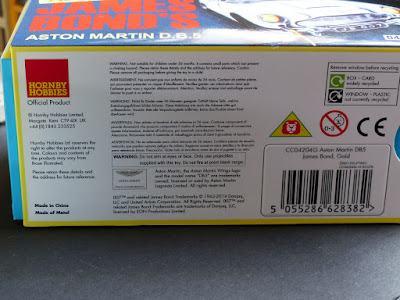 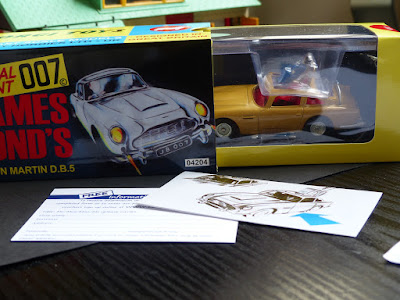 The packaging is mercifully simple and is simple to put back together again should you wish to, with no awkward ties to reattach or flimsy bits of card to reposition. 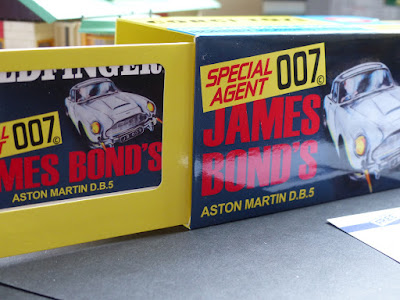 As far as I can tell, this issue is identical to 04203 which came out and disappeared as rapidly as it appeared last year. I remember trying to get one and they were all sold out on the day the news was released and orders possible. I sem to recall that the first issue was a limited edition 50th Anniversary but I don't think that has actually been the case. They just sold out so, yes, were 'limited' at the start but gradually stocks are being replenished of the silver ones at least. The gold ones were not available to order when I looked this morning so maybe they will be restricted. This needs to be made clear soon or people will be taking advantage on auction sites or at sales generally and asking silly prices for a model that might actually turn out to be rather less rare than the sale price infers.

These cost £20 each. I will publish photos of all the 1:43 James Bond Aston Martins from Corgi in the next post.