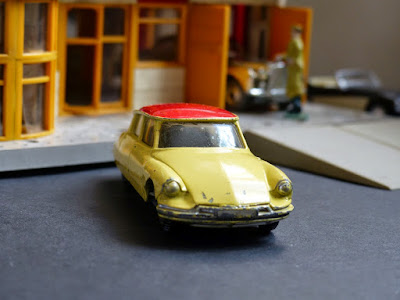 The early releases - those with no suspension or interiors - are complete now with the arrival of this nice and clean Citroen. I found a good 210S quickly enough but the first edition hasn't been so easy, with some fetching crazy prices. I will need a metallic green and black version but at least the numeric list is complete up to 349 now. 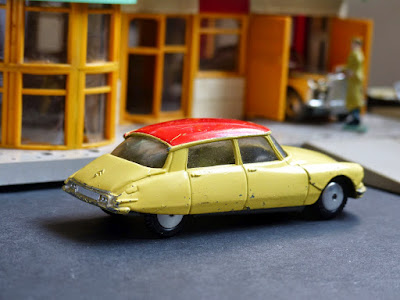 This cast was a good solid affair with nothing that opened, just getting some jewels in the front and an aerial for the Monte Carlo Rally version along with 201S seats and suspension. There would also be the attractive Le Dandy Coupe with added fog lights, opening doors and boot. At the very end of Corgi days as we like to remember them, that coupe gets the enclosed headlamps but otherwise wrecked in some Paramount Cycling guise with most of the rear end chopped about oddly. 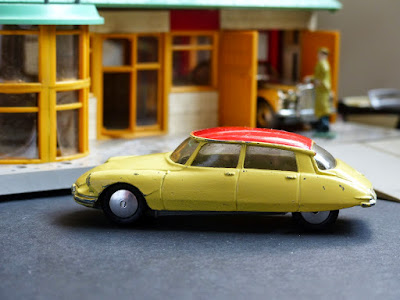 At the time, the real thing was a marvellously odd-looking affair and even now it turns heads when you see them around. A real 60s icon and suitably French, attractive but quirky. The older Corgi models have some tatty casting at the front where it looks as though no-one was quite sure what to do. The real ones seem to have a variety of front ends too, with a mixture of decisions made as to where to place the registration plates! Maybe that was what caused the casting issue.