I have wondered how to distinguish between a 500 US Army Land Rover and a 357 Land Rover Weapons Carrier for a long time and had almost given up. My research into the 351S models, however, may have provided an answer at last. 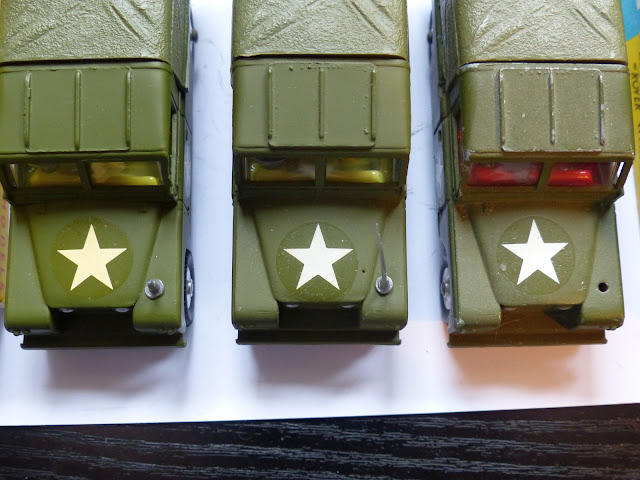 There are three models to collect, the November 1963 issue, all of which are believed to have gone to the States and numbered 500 in no-pictorial boxes and two 357 models from January 1965. The 357 may have either a lemon or red interior. 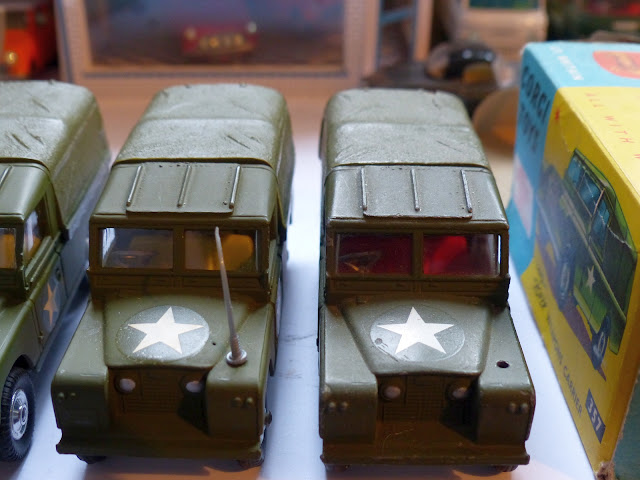 There are also distinct paints used on the 357 - a light khaki with a matt finish and a deeper shade with a satin, or much more shiny finish. It is always difficult to be sure about the canopies actually issued as they all get swapped around over the years but I believe they all had a similar mid-shade of khaki canopy and not the deep green type which appears to have been transferred rather more recently from a 438 issue with that colour. 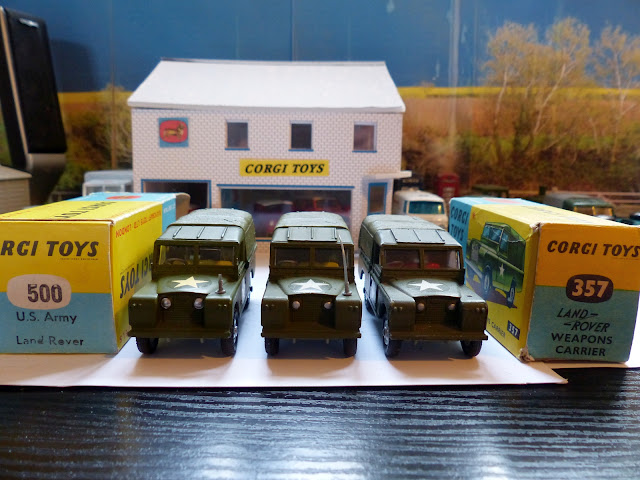 The difference would appear to be in the perspex unit used for the windows. On the more recent 357 models it is a smooth unit and so there will be a sort of indent at the rear window. 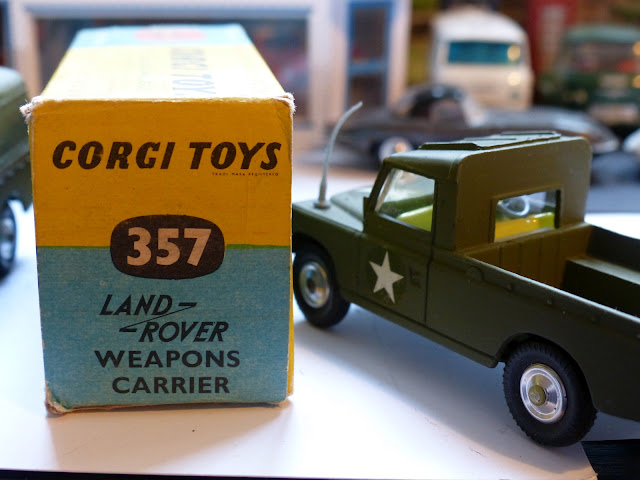 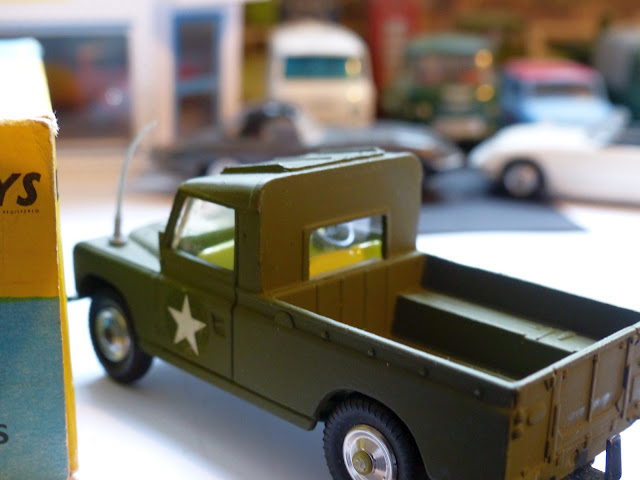 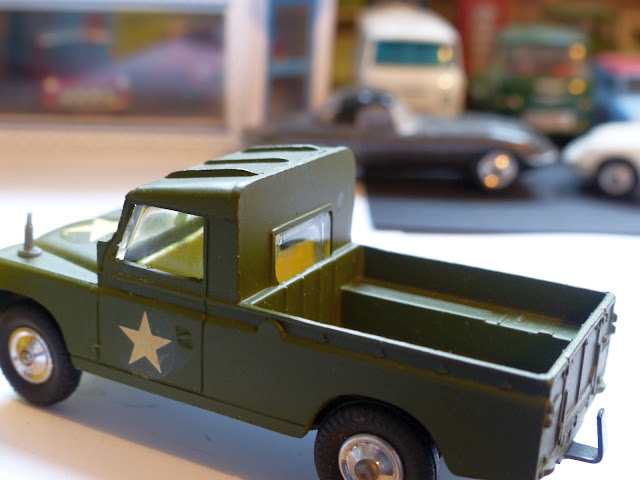 On the 500, the window unit has a raised section which fits into the space for the rear window making a flush surface at the rear of the cab.
This can also produce a sort of 'frame' in the perspex when viewed from some angles.
The stars also seem to be a much creamier colour, all my 357 models having decidedly white stars. 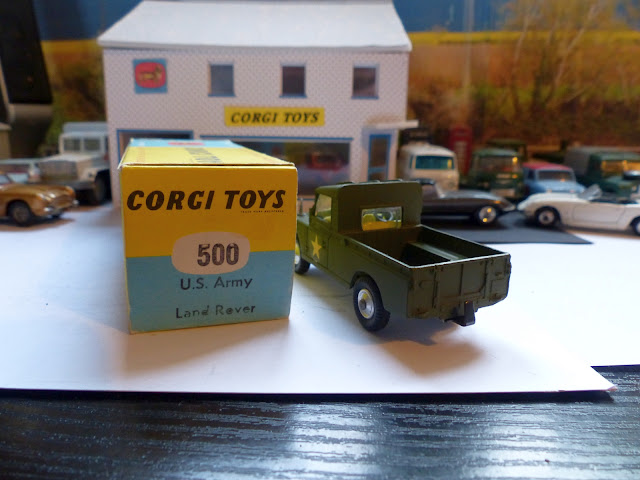 Until yesterday, I had never taken off the canopies on the two original boxed models that I have had for many years and so had not noticed this difference.
Now, I cannot say that this is a definitive conclusion to the matter. It is possible, perhaps, that this particular type of window unit was being used for early 357 models too. However, models that I have of other Land Rovers, where I can be pretty sure of a purchase date prior to 1965, have the plain unit / indented rear window. The only Land Rover produced at around the same time as the 357 Weapons Carrier would be the 477 Breakdown Truck. Should all these prove to have the later style unit then that would further strengthen the case, as would, indeed, the 417S modes with a type 2 jib, although, with the longer span of production, I guess there may be examples of the 417S with the type 2 jib but early unit. That I shall investigate further but, for now, I am content to use this to distinguish the two.
This is important because if you thought the 351S was rare with its mere 25000 sales then the 500 will be considerably scarcer with just 17000 said to have been sold and most, if not all, of them exported. So if you have a matt, light khaki finish, lemon seats and a frame in the perspex rear window with cream rather than white stars on the bonnet and doors then you're most likely to have a 500.
Posted by Andrew Hill at 12:27