February 1961 brings two new models to the shop windows. Each is a re-working of an existing model, though, but sufficiently different to be interesting still,

The first is the Jeep FC-150, first issued in 1959 and now bearing a hydraulic tower which can be raised so that the workman included in the box can access the light unit in a lamp standard, also included in the box. Sold as Gift Set 14 this stayed in the catalogue until 1964, replaced by a metallic green edition in 1965 but without the man and the lamp standard is also dropped as it gets a new catalogue number 478.

This model can be found with all three variations of wheel type - smooth, shaped fixed and free-spinning - the last being quite rare and, possibly one of the very few models where free-spinning wheels were fitted without suspension or interior. The Gift Set 14 edition is always red. 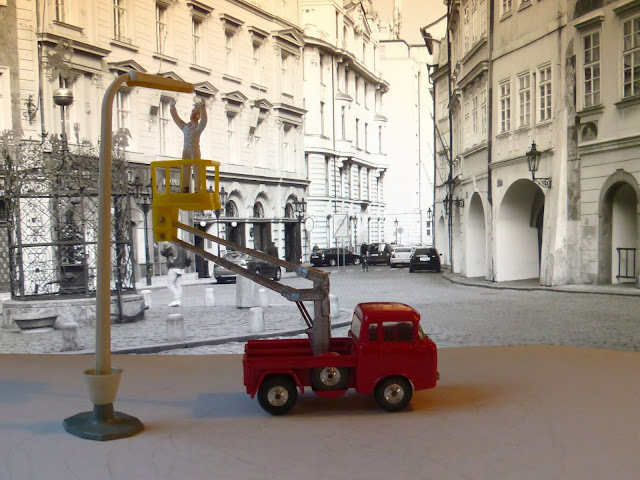 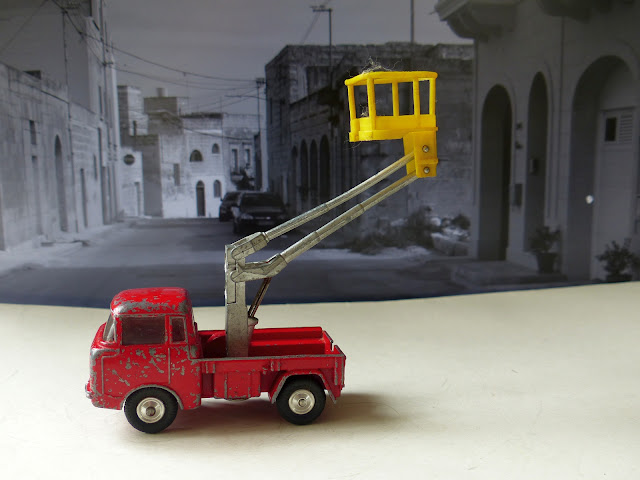 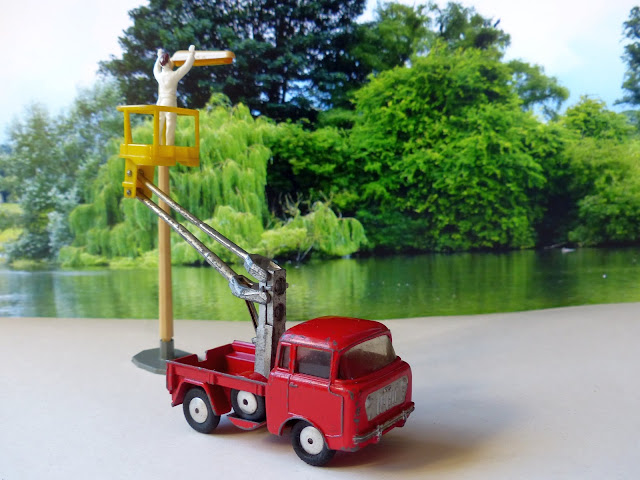 The other release was the Ford Zephyr in its estate mode. 1960 had seen the Police version, this is the one you might have seen in a neighbour's drive. It is always two-tone, pale blue and a deep blue, with an interior and suspension and has the same range of wheels as the Jeep, smooth, shaped fixed and the free-spinning wheels fitted to the last models produced. This model had a longer run than the Jeep (without suspension) and so the three types of wheel are fairly evenly spread.
You'll find it with both a lemon and red interiors. 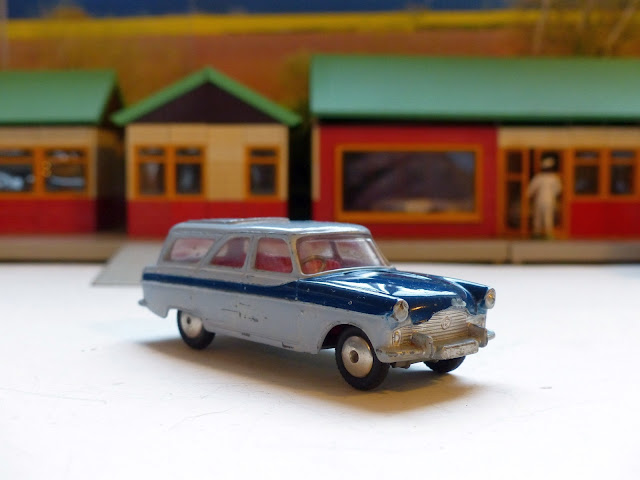 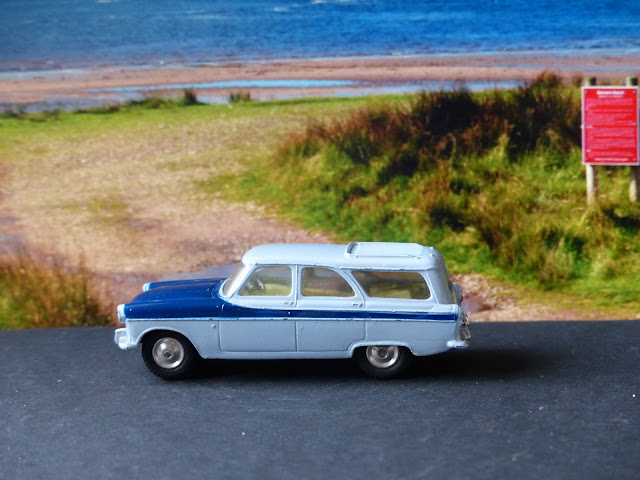 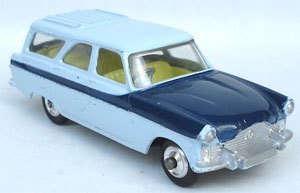