The trouble with 218s

The Aston Martin DB4 was a popular model. I had originally thought that there were just a few variations - yellow and shades of red and some different wheel types. Then I saw the vent that could be open or closed but reckoned that only the very late editions with free spinning wheels would have the closed type. Next I discovered different hinge types for the bonnet, different bases and finally I see two quite distinct types of open vent!

I calculated that, should all combinations of colour, wheel, hinge, vent and base be possible then there would be 216 different models to search for! Fortunately, the numbers shouldn't be quite so huge but I suspect we're still going to have to hunt for quite a few.

I have added some photos here to help you identify the differences. You'll know about the wheel types already, so let's start with the vent.

The earliest type is noticeably bigger than the second and is most easily identified from above. The sides of the vent are angled towards the front of the car and it is much uglier too in my opinion. That may be why they changed it! The third type shown above is the closed type of vent - just a solid lump in the casting. It actually makes the bonnet quite difficult to open but that's another story.

Next let's look under the bonnet.

The first type of hinge is made from two pieces attached centrally. The second has hinges attached at the corners (or sides) of the bonnet and the third has them also atteched at the corners but with a more obvious small central block showing. These bonnets are invariably painted silver on the underside too.
The engine mounting is quite different in the early models too but that is not really visible unless you take them apart.

Above are illustrated the three different types of base that I've found. The first is the early type with holes and the model number included. The second has no holes but retains the model number. Finally the third has neither.
As it happens, I was able to use the same three models for each of these photos but that doesn't mean that all the models with a large open vent will have a central hinge and the base with holes. Far from it. My task now is to attempt to figure out just how many of those 218 variations actually exist. I was prompted to do this when I saw a model advertised by QDT with smooth wheels and the closed vent at over £500. My initial thought was that someone must have changed the wheels. How could a model produced with the very earliest type of wheel also have the very latest type of bonnet? I still can't figure out the logic of this but, not only have several experts assured me that it is possible but, to my distinct embarrassment and annoyance, I see that one of my very first purchases many years ago when I started to build my collection was, indeed, a smooth wheel model with a closed bonnet! 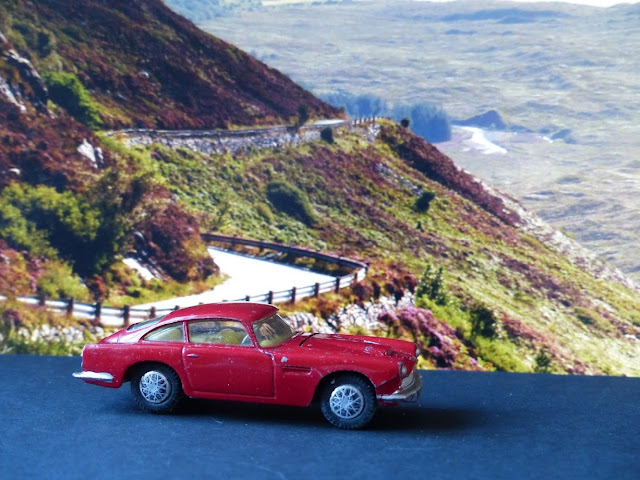 Even more annoying is the fact that I sold this at a pretty modest price, also many years ago!
So, yes, it does exist. And I need to find another, damn it.
I have since surveyed a considerable number of these 218 models either in my collection, archives or available today to buy in various places online and I am going to summarise my findings in a table which I will update as and when I find anything new.

So, at the moment, I have seen 7 variations and, assuming that they exist in each colour, that makes 14 to find. I have a feeling that a few more will appear in time. For example, will all the cast wheel editions have the same earliest vent, hinge and base types? Will there be a smooth fixed wheel model with a type 2 base or will that base prove to be exclusive to the fixed shape wheel models?

I would be very nice if some consistency did appear and, for example, we can settle in the knowledge that all the models with free-spinning wheels will have the closed vent, late type hinge and the type 3 base. However, we know that the 309 Competition model has the same range of vents and all those models have free-spinning wheels so I am expecting a few additions to this list!

Lastly for now, I would mention that it seems that the edition in red of the smooth wheel / closed vent type has been in a distinctly deeper shade of red in those I have encountered. So I am hoping all of them have this shade and it does not need a third colour to be added at this stage.

If the software works as it should the list will be automatically updated as and when I find something new. What will be common and what will be scarce remains to be seen but we do know already that the fixed shaped wheel editions are the most scarce wheel type and so, even if they're evenly divided, variations of these will be even more difficult to find. But it's too early to come to any conclusions now. Let's see what comes along and do, please, provide me with some more data!