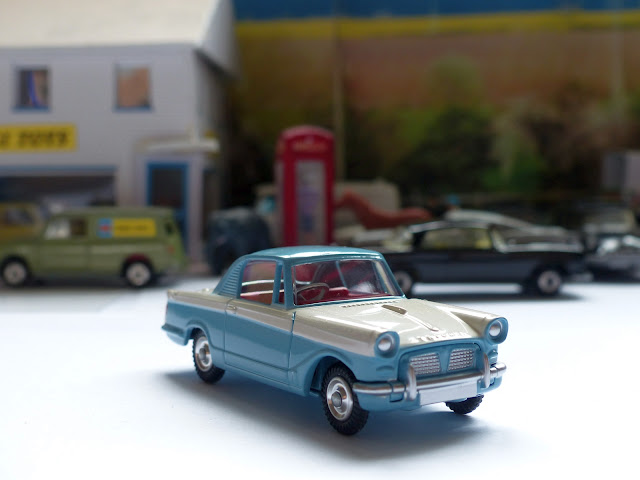 Arriving this week was the Corgi Model Club re-issue of the 231 Triumph Herald Coupé. Another marvellous model and a delight to have. The colours are spot-on, as is almost everything about this model. I say 'almost' as the large chunks of red paint on the rear lights spoil it. The originals had quite small splashes and whilst I accept that the Chinese robot will always produce a very much neater job, this time the program has been written to create far too large an area painted. That is a minor moan, however, and this another super piece of work by the Club. 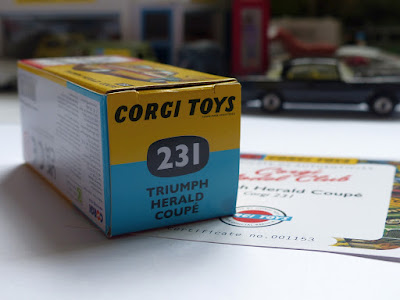 The box is good and I have now learned how to open it without tearing the small end tab. Inside is just the car and a square piece of polystyrene which looks remarkably like the piece I had with the last Oldsmobile issue but this time I am not sure what it is intended to protect. Possibly the box from the sharp rear fins or maybe to keep closed the opening bonnet. 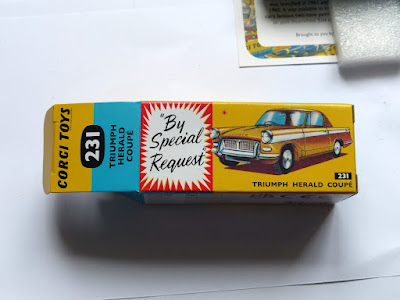 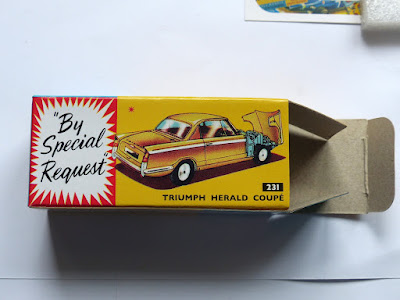 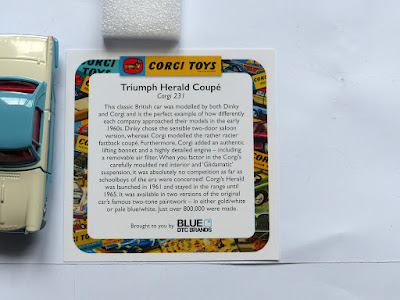 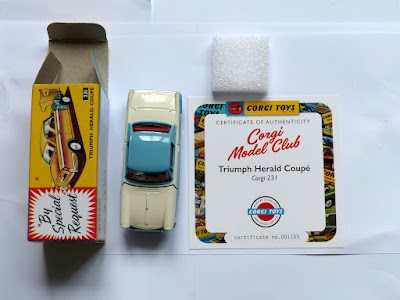 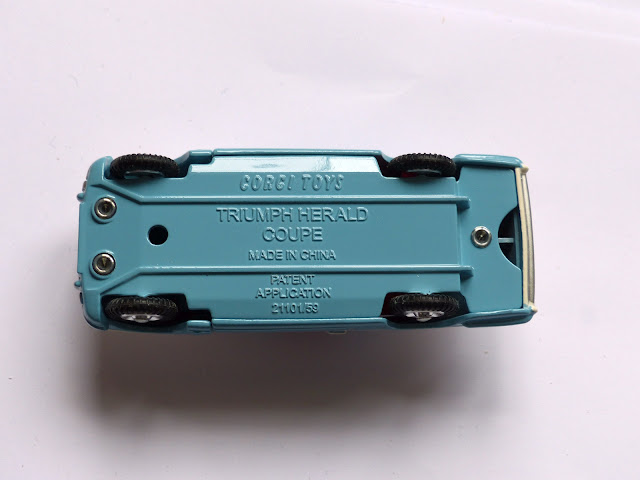 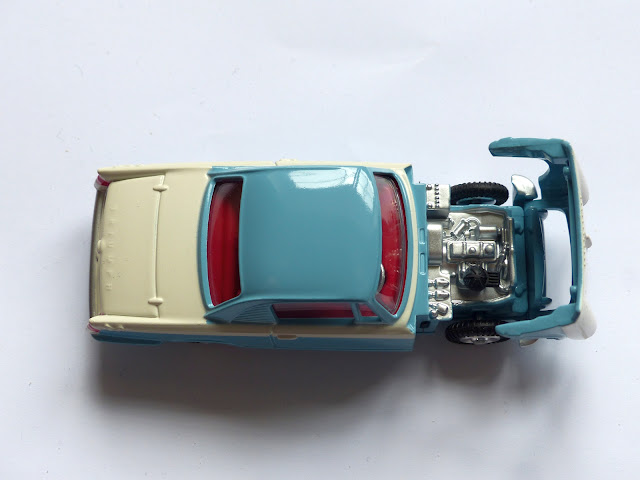 The opening bonnet shows the engine and they have included a black plastic oil air filter too. This would rotate or could be removed on my original models but I found this one very firmly attached and decided not to risk breaking it. It did feel like plastic so it probably will move. 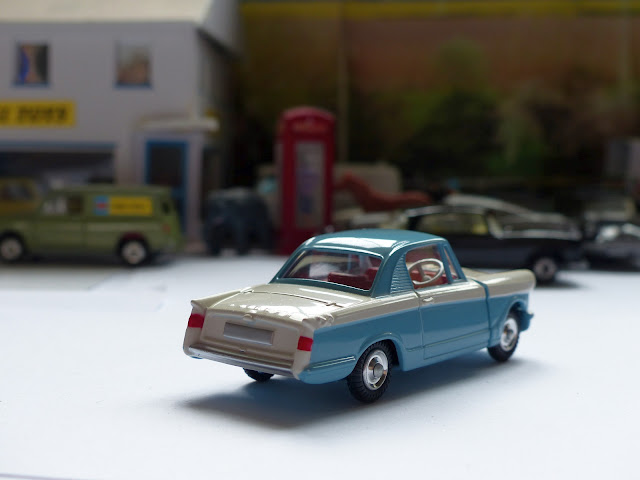 Closing the bonnet does not produce any satisfying click as the original seemed to, although the holding mechanism seems similar. I found that I had to press quite firmly to keep the bonnet closed in line with the body. 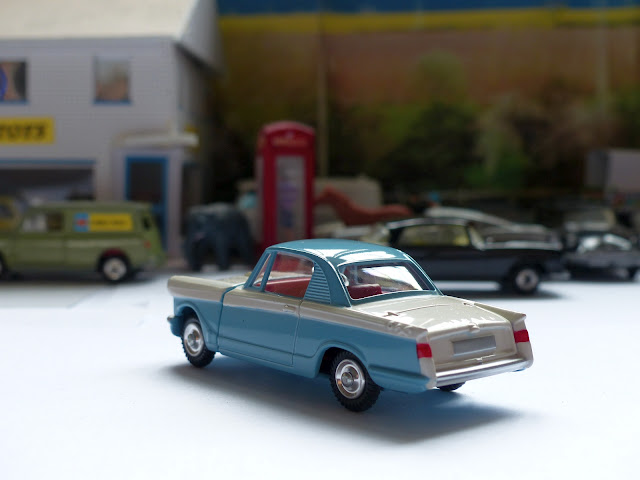 Here you can see the very heavily-painted rear light section. It may not be that inaccurate in real life but looks wrong on the model. 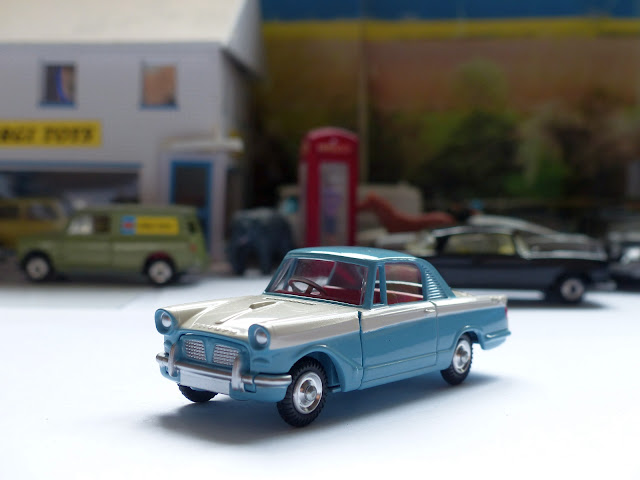 This issue is in light blue and white. The original also appeared in gold and white and I understand that there may be a second issue of this model in those colours at some point in the future. I have often thought that it would make sense to re-use the expensive work in casting, interior production, boxes etc. with variations of finish and I am sure that we will see this happen with many models. When I first heard of the project I suggested that they look at making the scarcer varieties which many collectors cannot now find very easily and may well have to pay a fortune for an original. Much as we all like to get fresh copies of the common versions of what we once had in our collections there would be an ever greater demand for the less common.
Posted by Andrew Hill at 14:01