September 1961 sees the issue of the three upgraded racing cars. Suspension is added to 150 and 152, the Vanwall and the BRM but the very shallow Lotus lost out on that. They all get new numbers and a driver, though, a flag, decal or stripe and fresh paint. 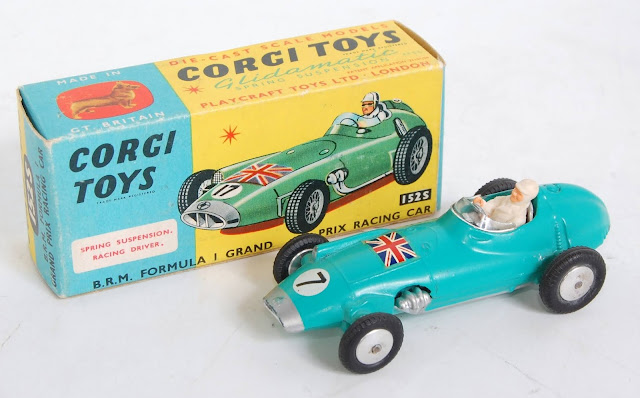 The BRM gets a nice shade of pale turquoise-blue and you'll find RNs 1, 3 and 7. The wheels are always smooth and fixed but Corgi packed a sheet of 6 'wire wheel' stickers in the box, together with a typewritten note explaining how to apply them. They used some fierce glue for these and it really was important to get them centralised neatly as, once affixed, they wouldn't come off at all easily.
On the base, there are two rivets and the text goes along the length of the model, similar to the later 152 models. 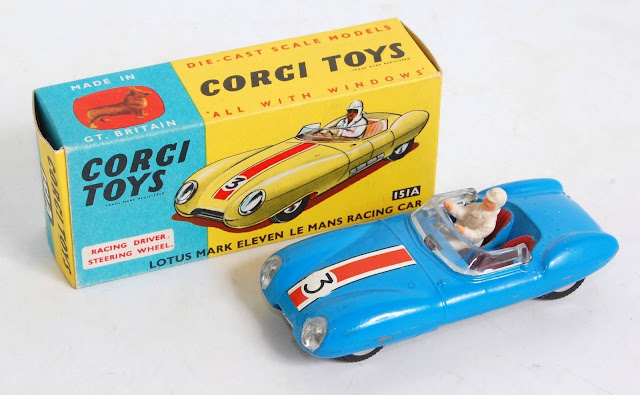 The Lotus is now in a bright shade of blue and can be seen with either RN3 or 7. It gets the number 151A rather than 151S as I guess S meant 'suspension' at the time. Although they're not always easy to spot in pictures, this model did get shaped fixed wheels later in production but started off with smooth wheels. 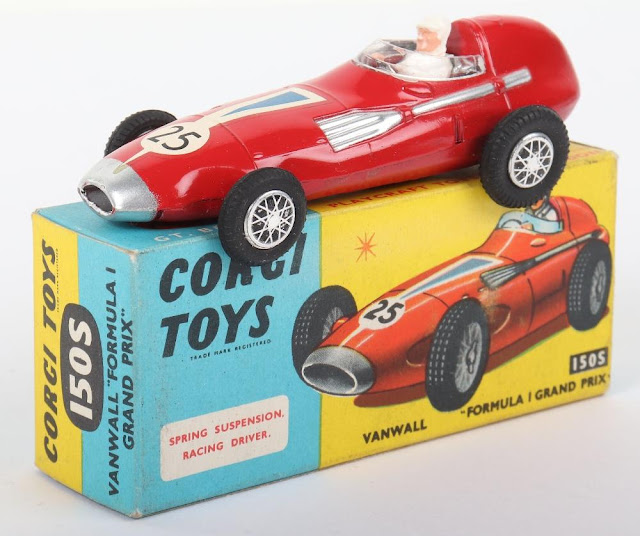 The Vanwall is now a rich red colour and has the RN25. I have not seen any other numbers. The base has the later style 2 rivets but the text runs across the width of the base. This also had the 'wire wheel' stickers in the box with instructions.
Posted by Andrew Hill at 01:00