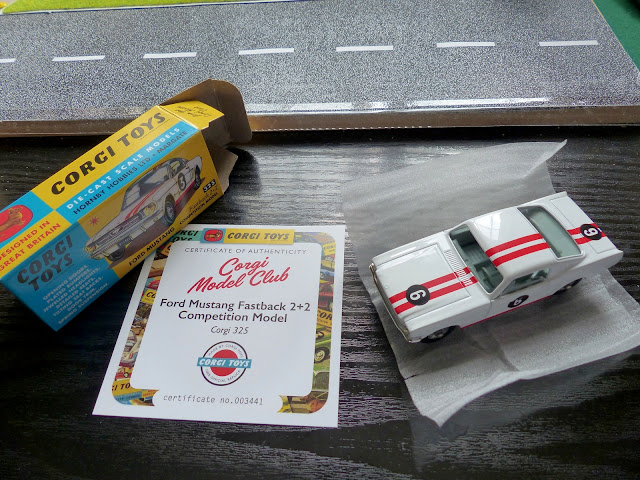 The latest issue from the Corgi Model Club came this morning. One large box with just one small box a certificate, one piece of bubble wrap and one big plastic bubble! 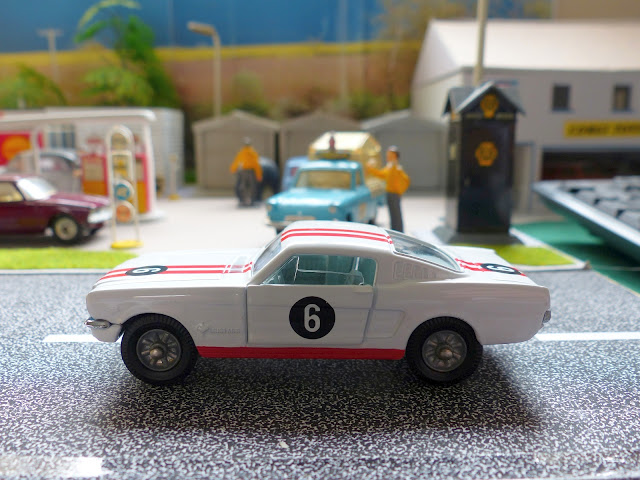 The model is superb. It is quite strange to have one of these looking good as nearly all that I have had have suffered from ill-fitting doors, missing decals, messy paintwork, dirty interiors and the inevitable suspension collapse! So this feels quite different to the original to me. 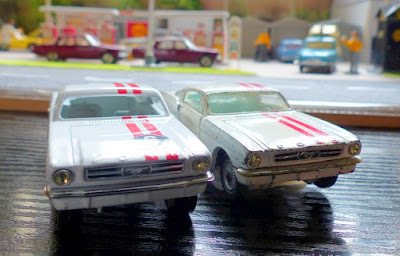 The new model seems to stand quite tall! I had to put my old example on supports to bring it up to the same level! Of course, the suspension on mine had gone and it was also an earlier type but I still think the original sat a little lower than this new edition. 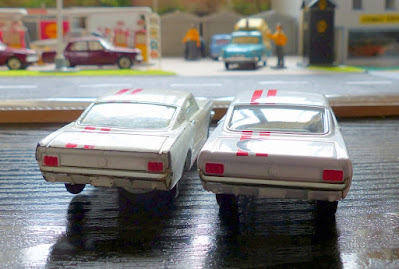 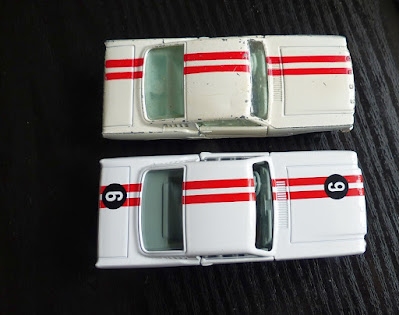 The 2021 issue is a very clean white. Perhaps my old models were just dirty or bearing a few years of tobacco but they seemed a little more cream in colour. As shown in the FORD lettering on the bonnet, the new paint is significantly thicker than the old. 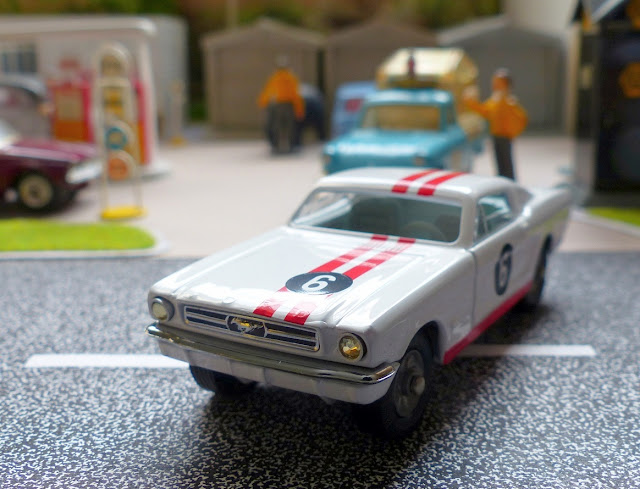 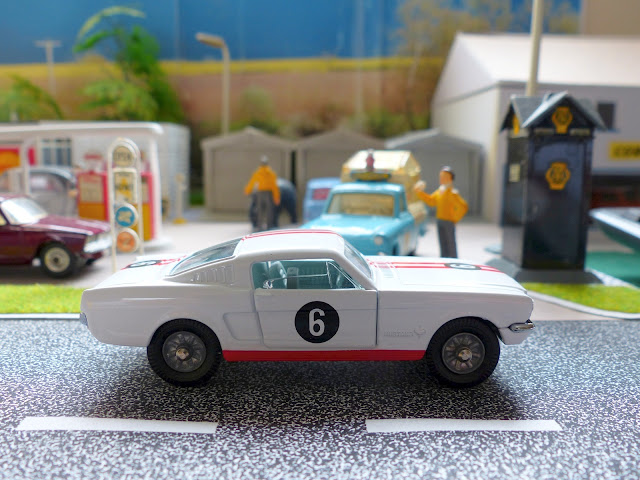 For a moment I thought they might have skipped the problem with ill-fitting opening doors by not having opening doors! Such a neat fit. Congratulations to all concerned on that achievement! 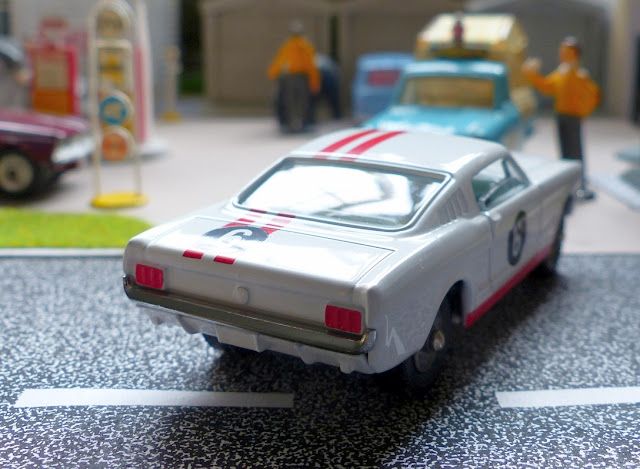 Note the sill stripe in red! This was the scarce variation and I am glad they made that decision as not many people will have this version, although I am not actually sure any were made with the revised interior and cast 8-spoke wheels! 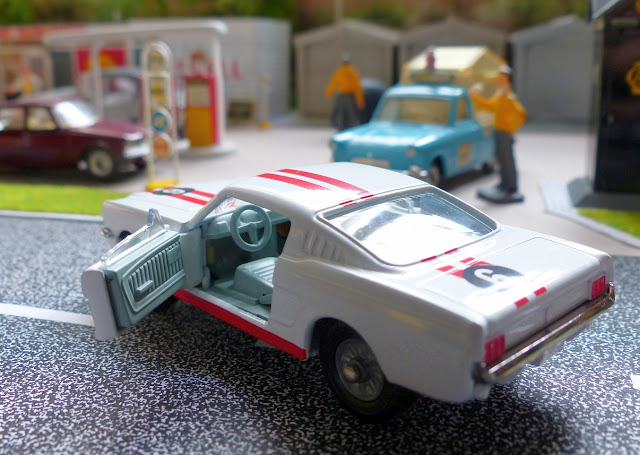 My door panel fell off but that was nothing that a tiny piece of Blutac couldn't fix and it worries me not at all. Some will, I fear, moan about this - but never mind. The colour of the interior is rather darker and a different colour to either the chalky blue or green that was issued in the original model. This one also appears more detailed, although that is really just down to more modern and sharper production methods. 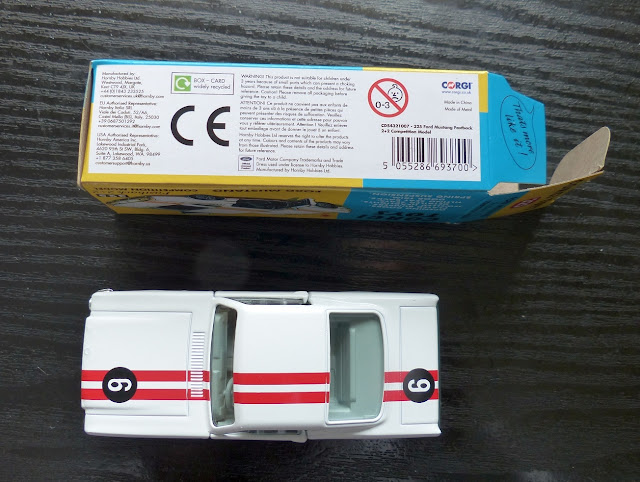 The racing number font style I find a little annoying and these are not paper stickers we could try and remove either. I was hoping for a set to be loose in the box but I guess that was a lot to ask. 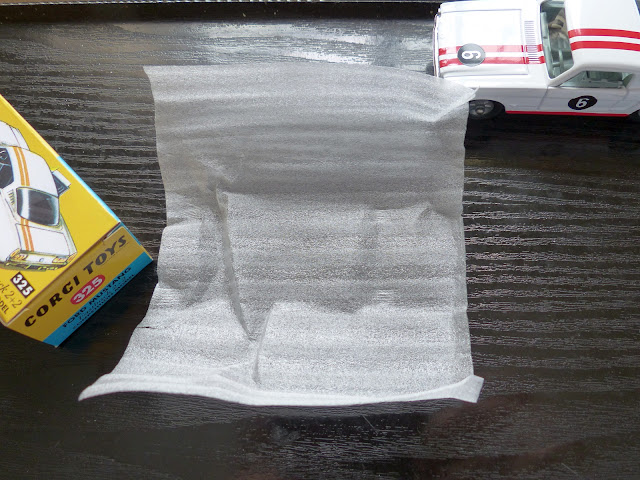 The 'packing' is now just a piece of thin foam plastic. It's good although I would have liked some protection provided for the chrome front and rear. Having said that, though, the original just came in the box with a piece of paper (the membership form) and so this is an improvement! In the past we had to make our own additional protection so I should be happy to do so again with two small pieces of plastic.
The box itself is, as we are now used to seeing, very shiny but the same size as before and with similar design. I find the fontstyle for the model name and features a little too square and bold and the 325 at each end looks too shallow. An original, shown below, illustrates the difference. 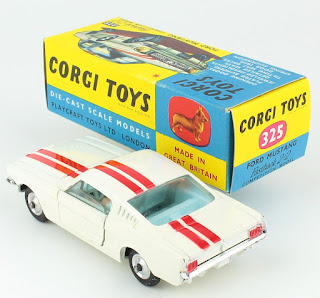 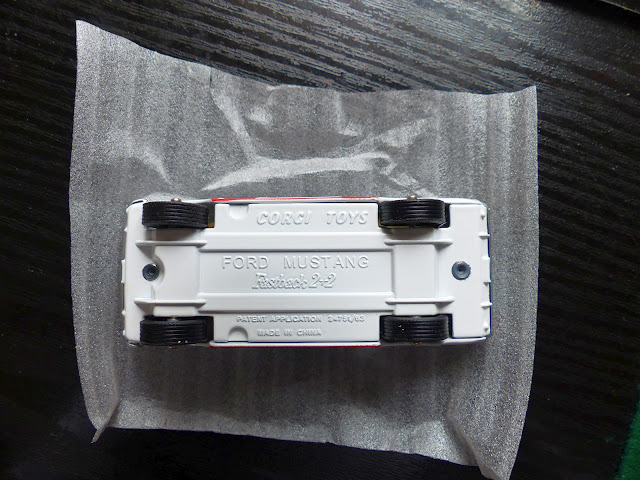 Underneath, the base is nicely made to match the original in as far as that is possible with the credit to the Chinese a modest line only.
All in all, a nice addition to the range and I'll be happy to keep mine! I do think the Club should look more carefully at the packing. The 'standard' box that all models have arrived in may have been suitable for a few items to be contained but it is not suitable for just the single model. The bubblewrap sheet was loosely wrapped around the box which was free to move around the box and, indeed, was out of any protection other than the cardboard on arrival. I can see some getting damaged from the free movement allowed.
A box half the size to contain the model in a box and some tighter plastic or card to keep things in place would work much better.
Posted by Andrew Hill at 12:29