June 1961 saw the Chevrolet Corvair appear on the toy shop shelves. This was quite a strange-looking model and the smaller scale used seemed to make it look very modest in amongst both the other American cars that had preceded it and even some of the British models. As you'll see at the end, though, despite the smaller scale of 1:47, this was, indeed, a less grandly-sized car in reality. 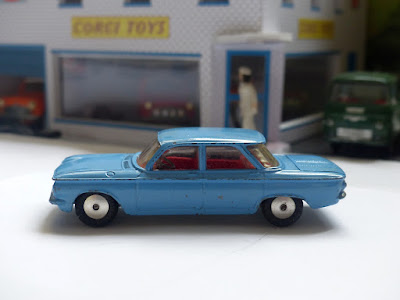 The model is #229 and lasted several years, starting with fixed small-size smooth wheels and then getting fixed shaped wheels until late models can be found with free-spinning wheels. This is the first model, after the Minis to get the smaller size of wheel and I think this adds to its rather diminutive stature. Illustrated above is a version with red interior, comparatively scarce, most have the lemon variety. 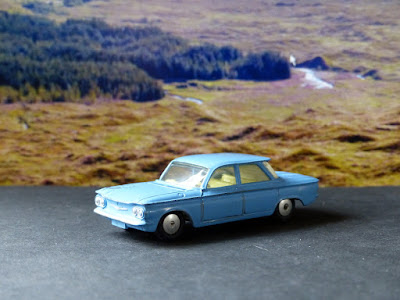 There is a range of shades of blue for this model, from a pale blue through to quite a deep, bright blue so several to look out for, especially with the different interior and wheel types. 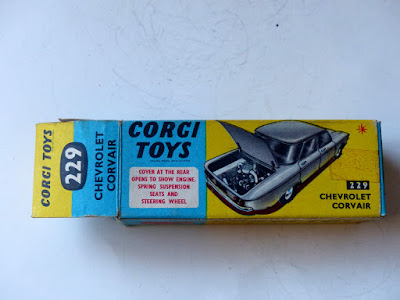 Although not listed in the features on the box, there is a Venetian blind in the rear window. This was the first time this feature appears and it will get used again in a month or two for the Fiat 2100. 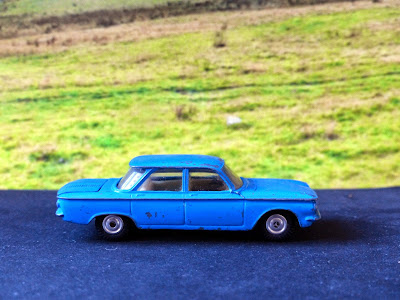 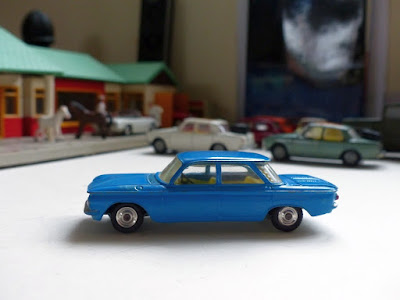 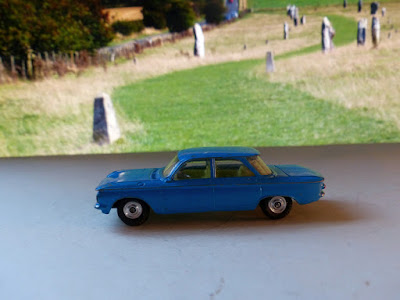 Later in 1961 a Golden Guinea Gift Set 20 is issued in small numbers through Marks & Spencer. Three cars are included with a gold-plated finish and the Corvair is one of them. The sets sold poorly, only 30000 or so according to the Great book of Corgi which makes this quite a scarce edition. However, they don't seem yet to have acquired much by way of scarcity value, all editions of this model seeming to be quite modestly priced, apart from the free wheel edition which is particularly hard to find. 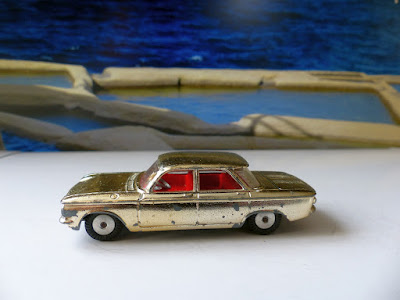 Below is an illustration of a real one, courtesy of classiccars.com. It looks quite small here too! 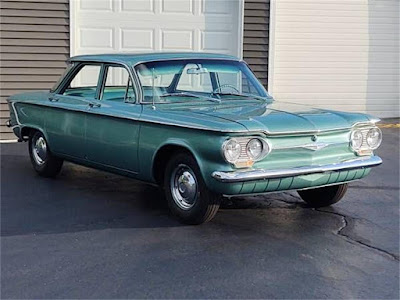