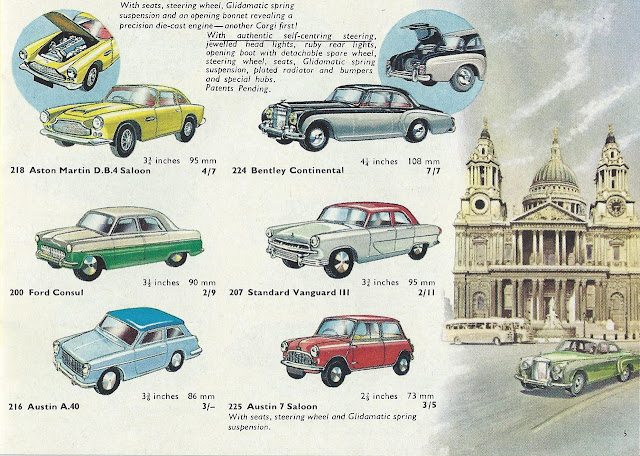 The 1961 Corgi Catalogue features the Bentley Continental and amongst the extras this model is described as having special hubs. This would be the first release with free-spinning wheels fitted from launch. Every other model at the time had fixed wheels and, whilst some may get the free-spinning ones later, the next one with them at the start would not be until November, on the Triumph Herald in small size, or nearly a year later when the E Type Jaguar is issued.
This Bentley is a simply superb model in every respect. So many new features - the chrome, the rear jewels and the super steering! We will all remember the rather annoying way Dinky models steered with one wheel moving forward and another back in a most unrealistic way. Corgi got this absolutely right with a lovely mechanism which even included coil springs.
I could play with this model all day long, turning corners on my layout and gazing at the light reflecting from those huge yellow headlamps and chrome fittings. I was never particularly fond of the light grey tyres and, whilst the two tone green version had some class, the black over silver edition was the one you thought you might see one day in town. 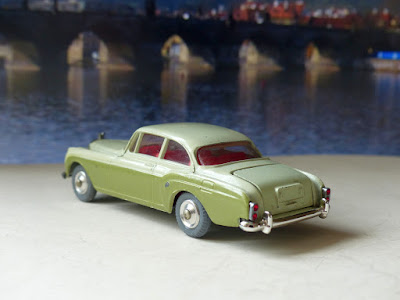 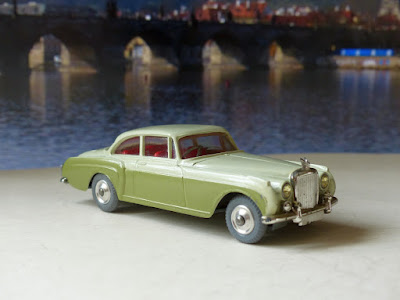 There are shades of the top colour and this can vary between pale apple green to a distinct white colour. The latter is quite rare. 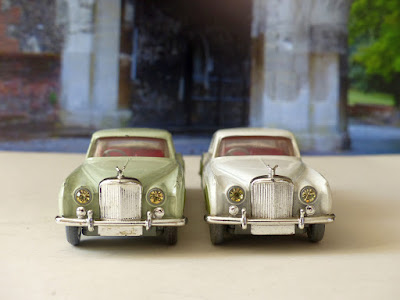 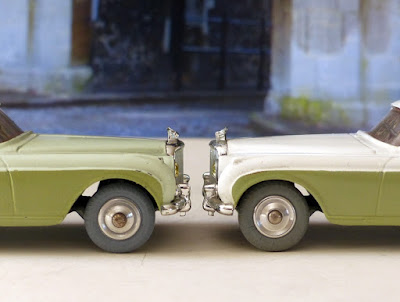 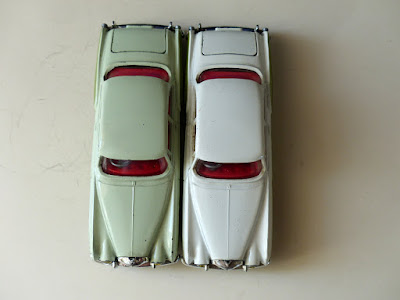 I am not aware of any other variations and the black over silver models all look the same to me (so far!) 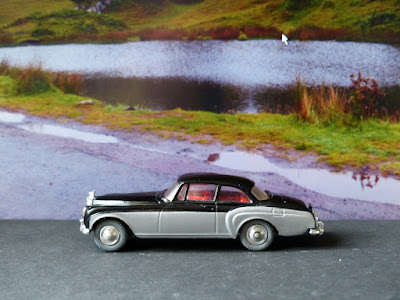 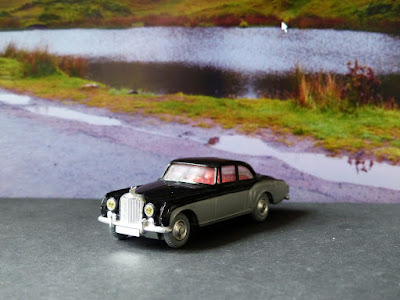 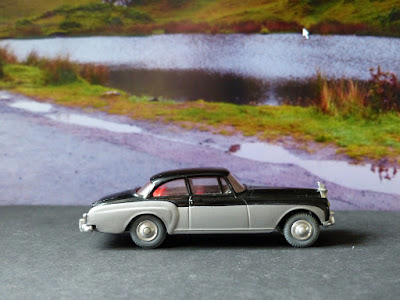 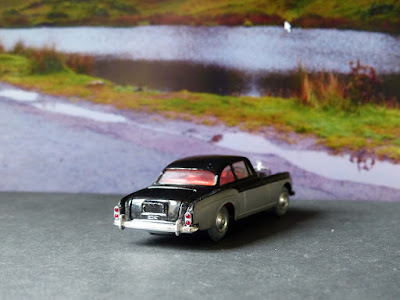 Later in 1961 a gold-plated edition is issued in Gift Set 20, the Golden Guinea Set. I will write about this when it's time comes. 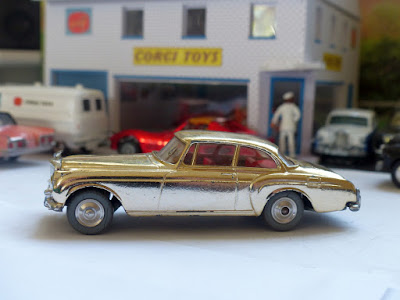