I don't know how many times I have said to fellow collectors how much I wished someone would try making the original Corgi Toys again. Not with Vanguards style wipers, realistic wheels and troublesome mirrors but plain perspex windows, shaped wheels like they used to be and suspension. And rubber tyres. Models that really do look and feel right and which may even need a second look to check that they are not actually originals from the 1960s.

At last, it seems, someone has taken a chance and is making a start. Hornby Hobbies plc have licensed the oddly-named Blue 14 DTC Brands trading as Corgi Toy Collection to sell and distribute reproduced models in the UK. Interestingly, text in one of their leaflets states that Blue 14 DTC Brands have an exclusive license to sell and distribute Corgi Toys in the UK. That would imply that they're handling the new stuff too as well as these reproductions - indeed it makes me wonder whether I'm going to be in trouble for selling a few of the old ones! I suspect that statement may be a mistake but never mind that now; back to the models.

This does look like great news. The first model has arrived and it's the 474 Thames Ice Cream Van with music chimes. Although I never wanted one of these as a child or even now as I found the hugely out-of-proportion handle affair at the back ugly - and it never seems to work for long either, the delicate tines on the element producing the notes breaking easily - I do respect the fact that lots of people do like it and originals sell for a fortune. 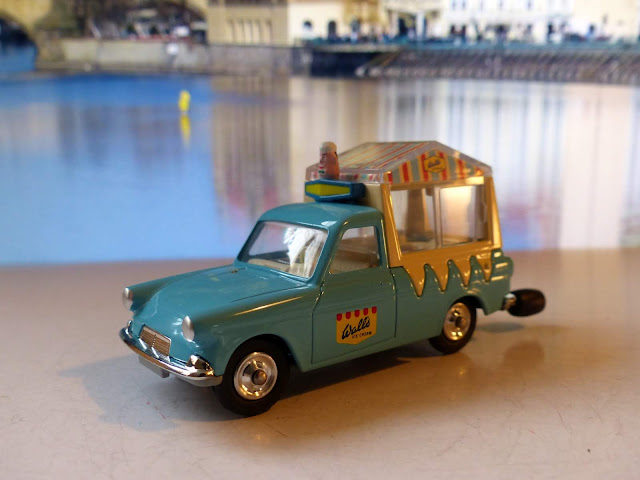 The van is an excellent and very faithful re-make of the 1965 edition. I am particularly pleased with the shaped wheels and windows. The colours are exact and texture of the plastic and weighting of suspension seems right too. Even the chrome, whilst maybe a little too bright, is OK. I suppose, if anything, the whole thing is a little too 'perfect', with precise silver and red painting whereas the originals would have missed bits!

It has all the right original stuff in the box (except, of course, a membership form). There is a sheet of stickers, instruction sheet, plain reinforcement card and a further packing card featuring the 60s kids in full colour. A small chunk of polystyrene replaces the cardboard to prevent the rear handle piercing the box. 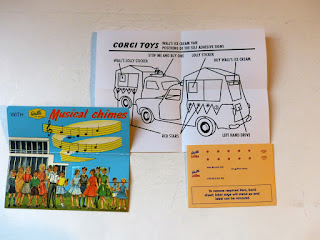 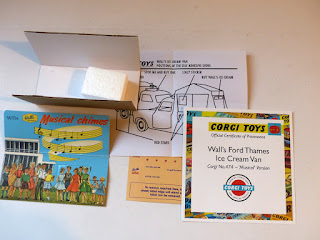 The box itself is pretty good in terms of design and colours. A good effort but marks lost for someone using the wrong font for the list of features and product name. It is also just too shiny, as if printed on photographic paper where a dull surface would have been preferable in my view. The designers have cleverly retained almost all the original text and illustrations, changing 'Made In Great Britain' to 'Designed in Great Britain' on one panel and putting all the necessary 'new' stuff on a bottom panel where it will be least obvious if on display. 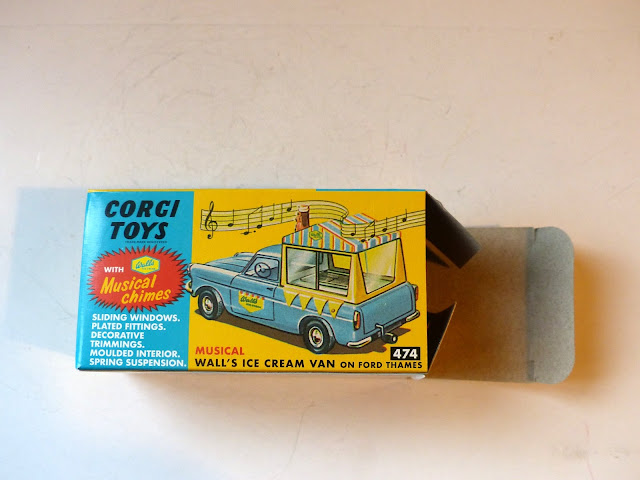 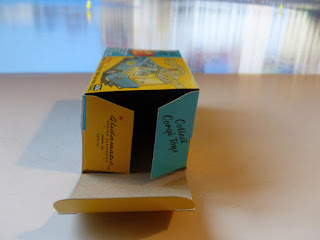 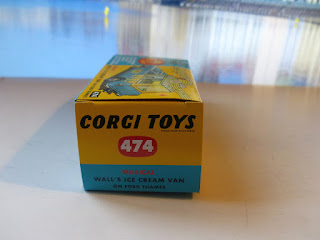 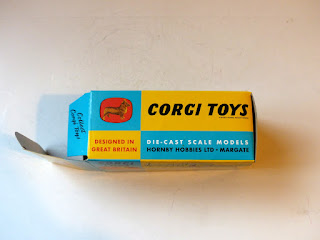 With this first issue I received a really good reproduction of the original Corgi badge (without the hole element and with a tie-pin and clip fastening rather than safety-pin type of operation). Additionally there is a pile of leaflets promoting the Collection and a certificate of provenance for this model. 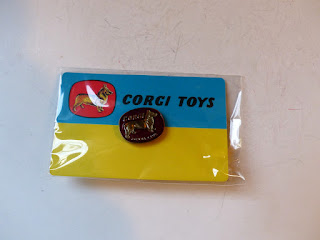 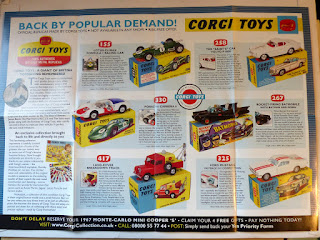 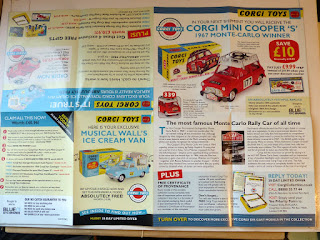 This is simply great value at £1.99 which is the most you would pay for this at this time. Indeed, as I have signed up for the next release I actually get the van free of charge! You might bear this in mind if you were thinking of bidding for one on Ebay where, of course, annoying people are trying to make a quick few quid, some not even declaring this as a replica. It is good enough to fool a good few, especially if they ditch the box and most accompaniments.

With the Mini there will be a 1505 Garage Attendant Figures Set, 1966 Corgi Catalogue and a tin to hold our certificates. The tin looks deep enough for more than eight sheets so I'm hopeful this will develop . . .

Oh, I can now add too that the reproduction of the Ice Cream Van is so good that the chimes are already beginning to miss a note from time to time! 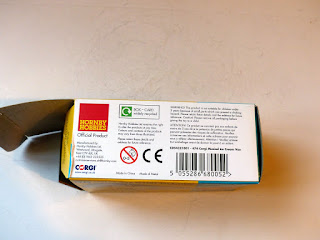 The illustrations show some remarkably nice models, the only downside being the text on the base which tells us that these are made by 9 year old re-educated children working 18 hours a day in a 5 acre factory on the outskirts of Tianjin. I shall have to subscribe, though, and will report on all these as and when they arrive.


I am struggling with an image of an Ice Cream Van on the streets of Tianjin.

Posted by Andrew Hill at 11:52 No comments: Links to this post 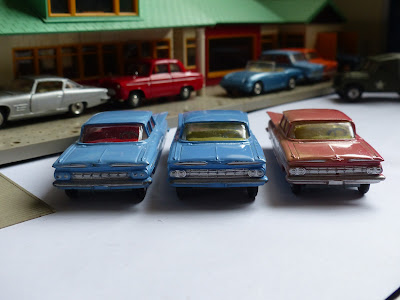 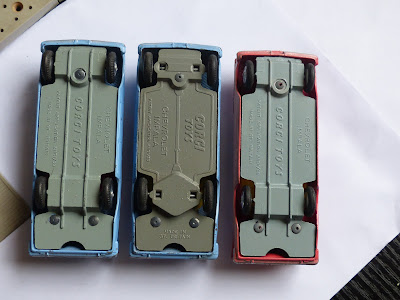 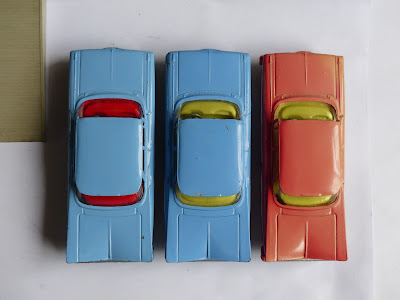 Posted by Andrew Hill at 17:15 No comments: Links to this post