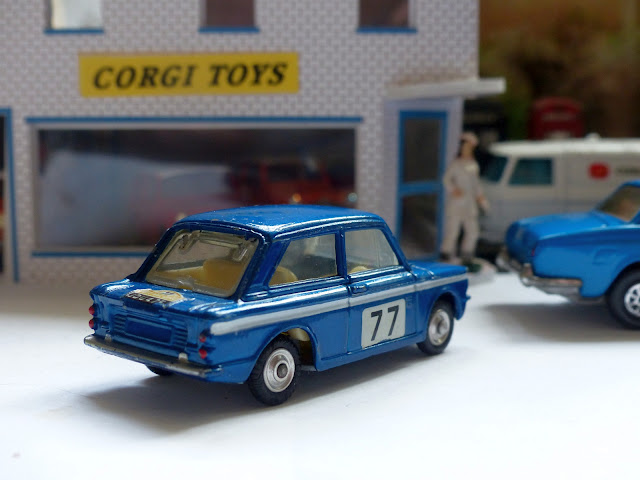 Here I look at a couple of small cars that have variations you may not be aware of. Firstly this Sunbeam Imp arrived last week and it is remarkable in having suspension all round! Normally it is broken and I have to find some way to restore some stance to the car without spoiling it by taking off the base. That's not the interesting thing about this one, though. It's the wheel, they're the shaped type. These second issue Monte Carlo Rally Imps usually have cast wheels. 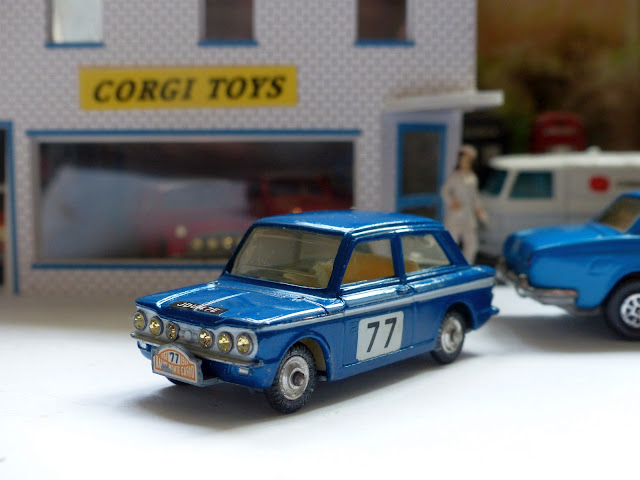 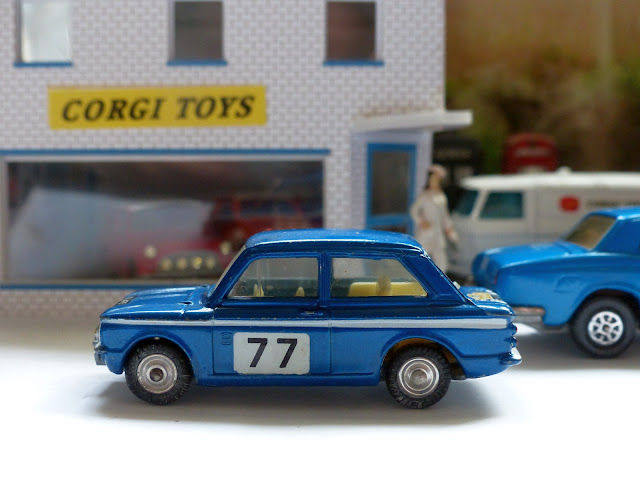 The other small car that arrived recently is the NSU Sport Prinz. This was not a car I knew anything about in 1963 when it was issued. In fact, it still isn't as they were not exactly something you would see on British roads. I had one, nevertheless, in my collection in those times but it seldom got played with and was one of the best looked-after models of all when I came to open up the old boxes a few years ago. 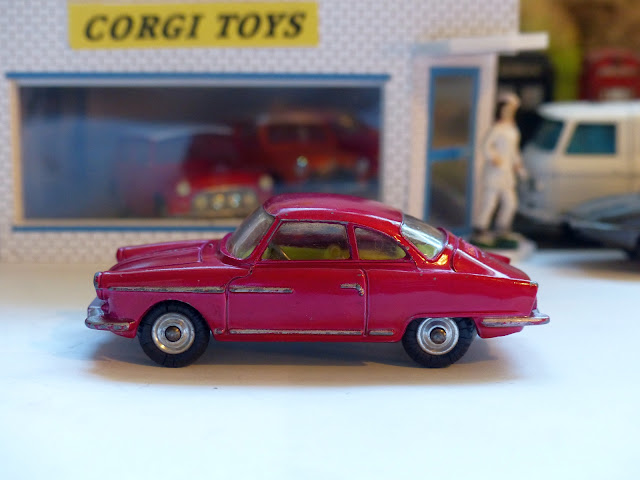 It was a quite strange bright cerise colour, not dissimilar to the lovely Chevrolet Stingray which had come out a little earlier. Now I have one again in fairly reasonable condition. What i hadn't appreciated at teh time was that there was another colour available. 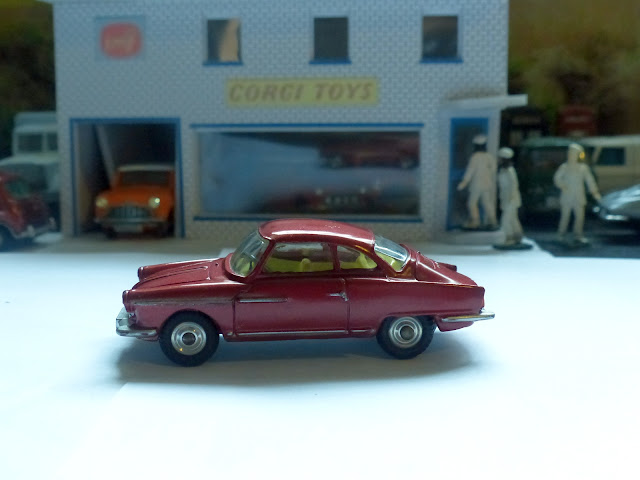 The other one was a dark metallic brick red, quite distinct and unlike any other model I know. It is definitely a less common colour and may have been missed by many collectors as it doesn't appear in many listings as a separate item to look out for. 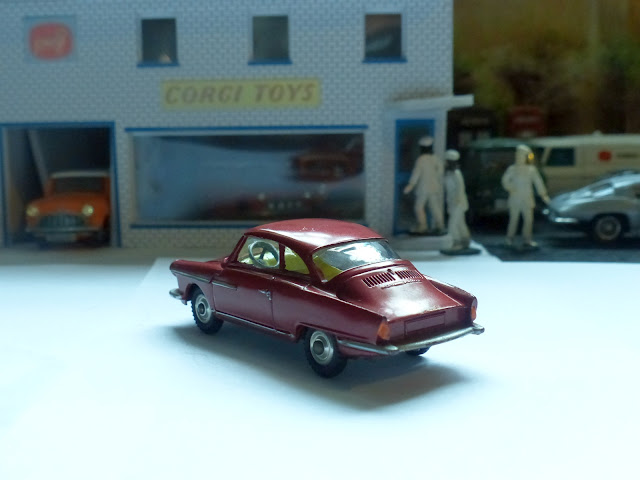 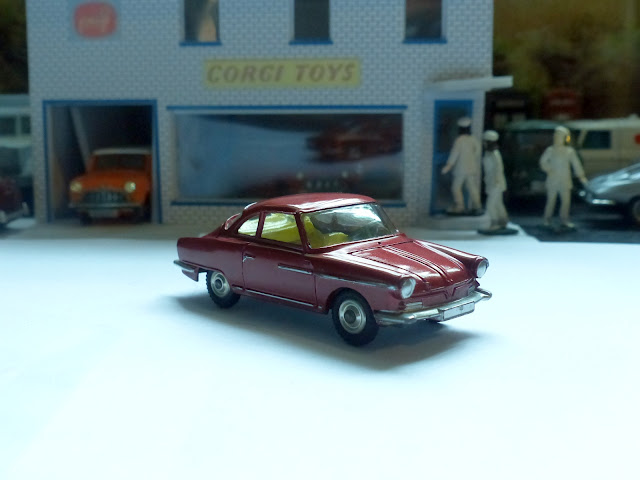 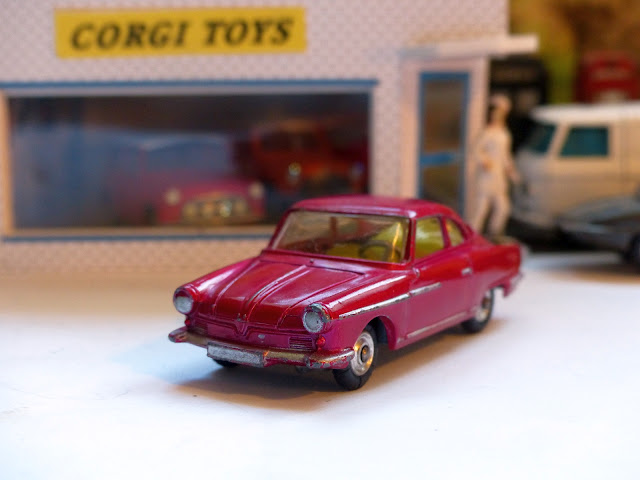 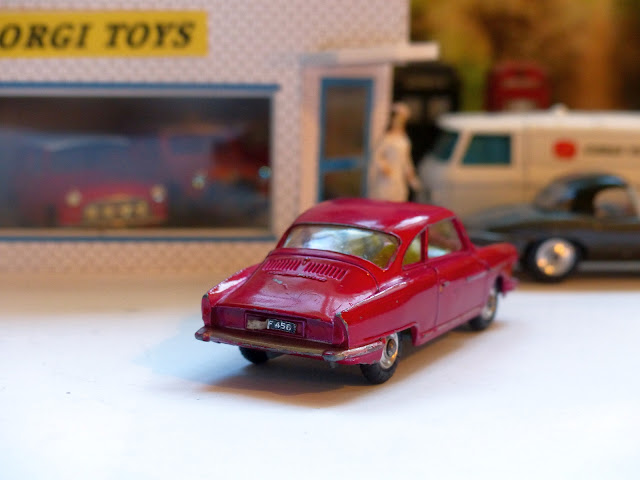