July 1958 brought model number 151, a Lotus Mk 11 Le Mans Racing Car into the shops. This could be found in several shades of mostly pale blue, bearing racing numbers 1, 3 or 7. It is also available in silver and red. the red editions are scarce and I have yet to find one for myself! 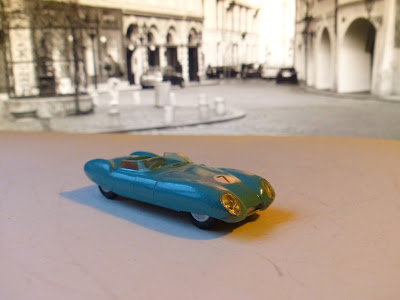 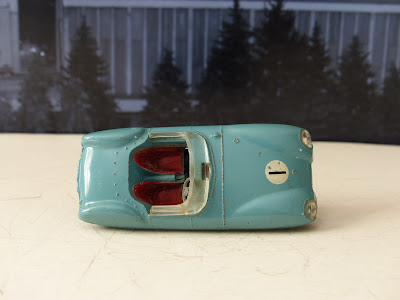 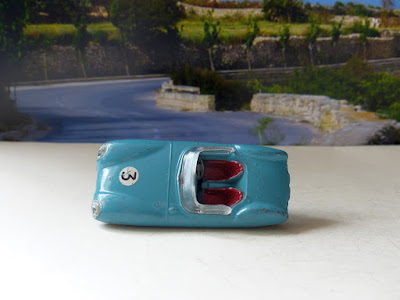 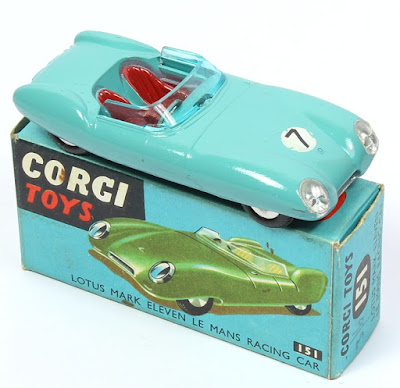 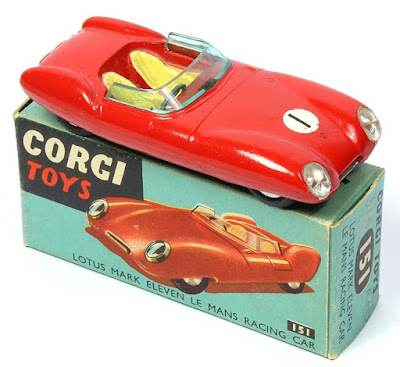 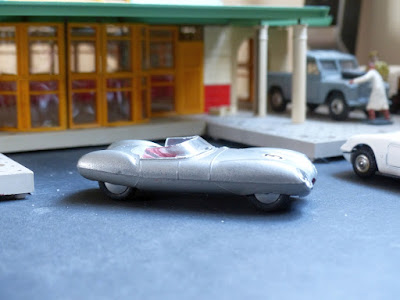 It is an extremely simple model and seems very dated when compared to some of the other models it will have been next to on the shelves in 1958. That is, however, a fair representation of the real thing, designed for minimum weight and air resistance.

The Corgi model had a thick plastic screen and metal steering wheel and all these issues would have had smooth fixed wheels. I have no idea how anyone would be able to change the tyres on one of these! So, if you are thinking of buying one, check the tyres.

Below is a photograph of a real Lotus Eleven from the Lotus Eleven Register web site which has plenty of information about this model. Try not to confuse this model with a later edition, 151A, which appears in September 1961 in a brighter blue with a stripe on the bonnet, slightly different screen design and a driver behind the wheel. The first issue did not come with a driver and if it has a stripe it will have been added later. Some sellers do get confused, however, and think they're doing a good job by adding these!

The other new item for July 1958 was Gift Set No. 3, featuring 350 and 351, the Thunderbird Missile on a trolley drawn by the RAF Land Rover, each having been released individually in May. 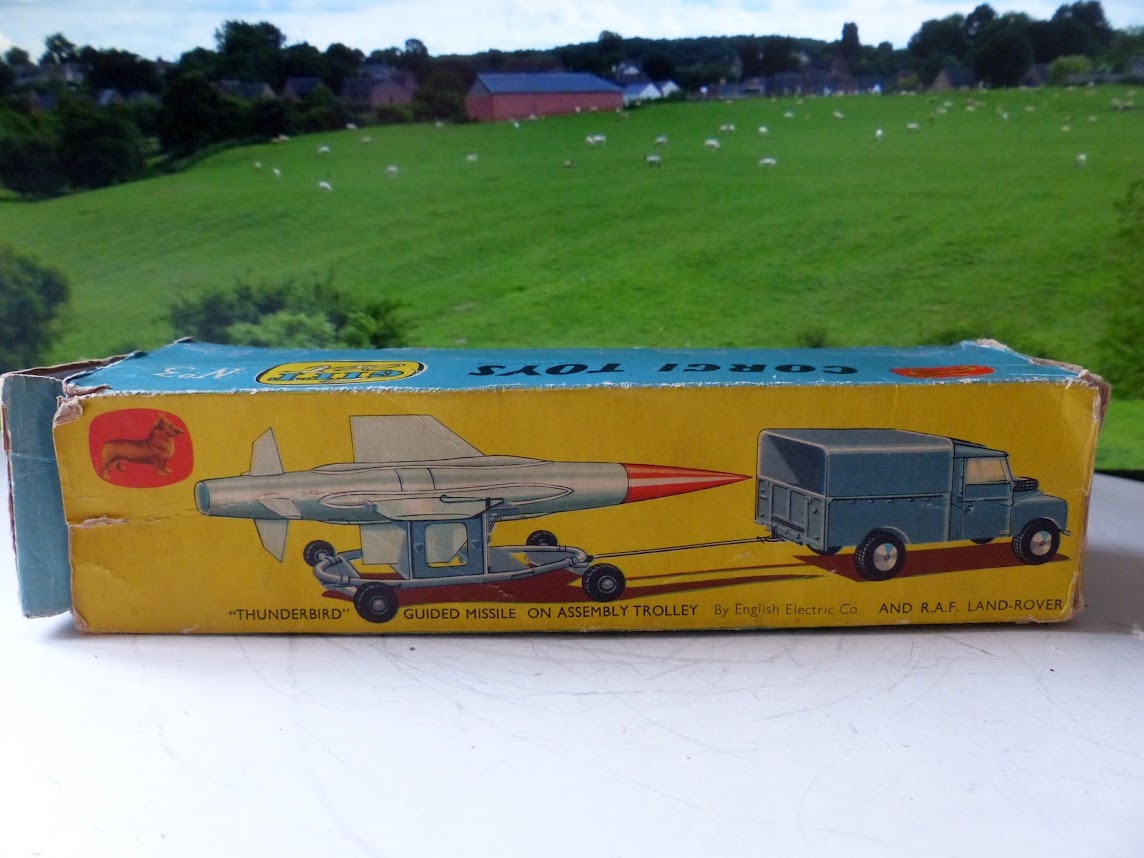 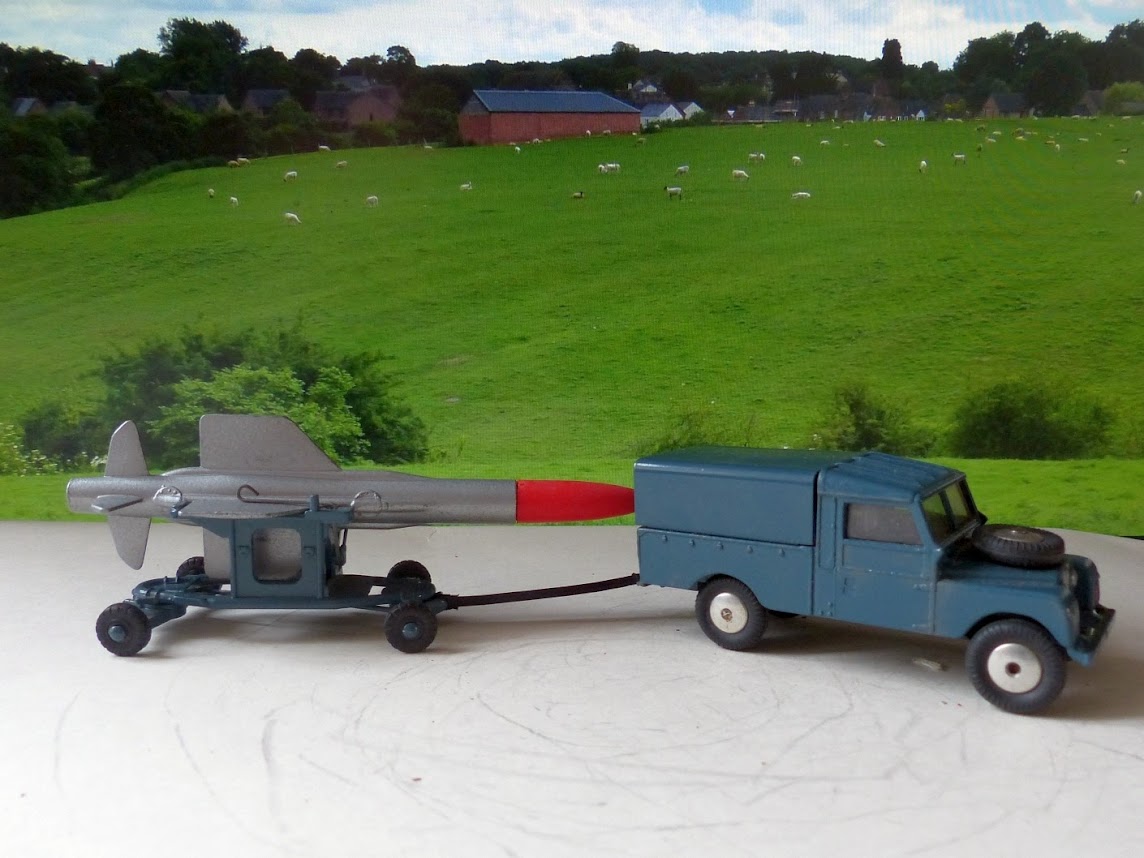