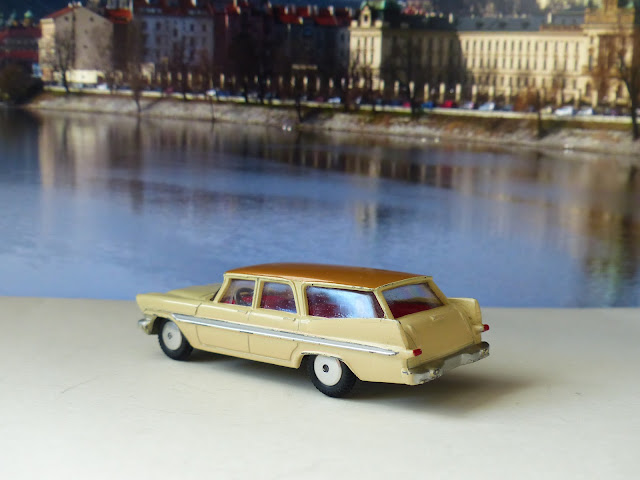 July 1959 saw the big American Plymouth Sports Suburban issued. With a huge expanse of silver paint across the front and a good dollop of striping down the side, this reflected well the real thing. This is an important model, being the first to have an interior (other than open models). The use of either red or lemon-coloured moulded thin plastic to represent seats, some dashboard and rear shelf would continue until the 1970s with some models, with some other colours appearing along the way. The Plymouth would have had the biggest expanse of an interior too, being a substantial model.

It was also the last car to be issued without suspension. It will be nearly four years before it does get suspension - in a new colour scheme and new catalogue number 445. 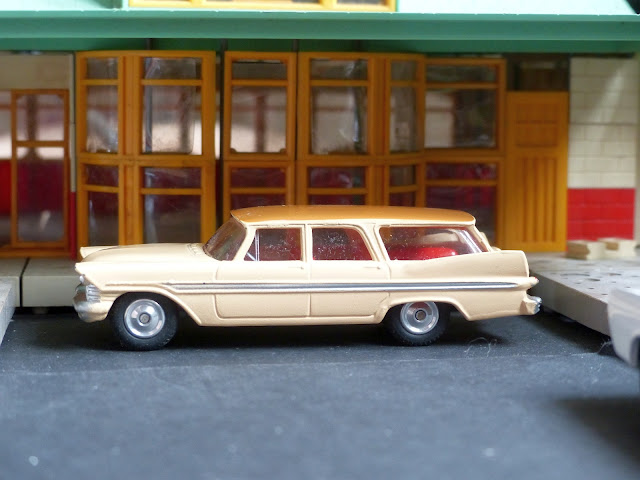 Although you will only see this in cream with a brown roof, there are a couple of variations to look out for. Firstly, it may have either smooth or shaped fixed wheels (and each seem pretty equally distributed from what I can see). Secondly, this may have either a grey base or a cream base. 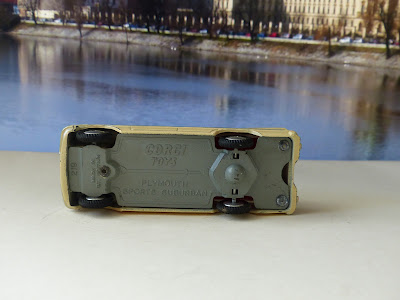 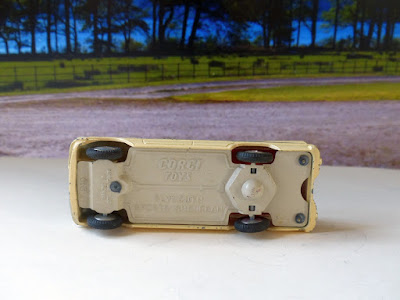 With production running well through to 1963 it would seem reasonable to think that there ought to be some models with free spinning wheels but I have not encountered any in quite a lot of searching. However, I keep thinking that, at the time of transfer to the 445 model in April 1963 there may have been a load of cream and brown bodies to which a later base with suspension and the free spinning wheels could have been fitted. Such 'transition' variations we've seen with other models so a few may be out there.

The other issue this month was Gift Set 7, the 50 Massey ferguson Tractor and 51 Trailer.

A very natural combination and a popular set indeed. This gets updated with a driver in 1963 and the set will reflect the changes in seat, steering wheel and wheels over the years.