The 230 model is one of my favourites. I just loved the steering. OK, so you had to press down on the 'wrong' side to turn, compared to how cars actually would lurch, but this ability to go around bends in your layout or on the carpet, coupled with free spinning wheels, made driving it a pleasure.

What I hadn't realised until a few minutes ago was that the 230 model comes with different window units. Some have lines for pillars at the side, others don't. It also seems that every black model has the lines but you'll find cream and cerise editions with either. 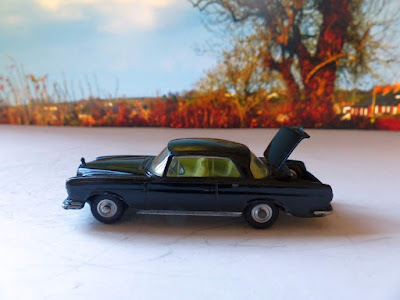 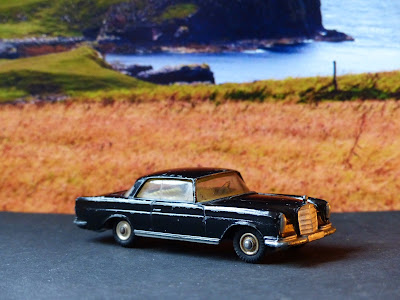 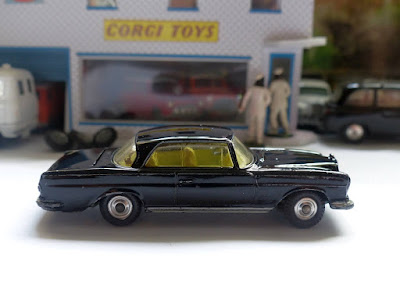 My first thought was that the unit with the lines would have been the first. I say that because I remember getting a black model and thought that must have been pretty early in its production because a couple of years later it had collected quite a few chips and I went back to the shop in St. Albans and bought another one, this time in red. The 253 was still not issued and, indeed, it was only when I started creating this catalogue 50 years later that I appreciated why there wasn't a blue 230!
When it does appear, all the 253s seem to have the uits with lines (although the piece of plastic is a different design, incorporating an extension at the back to control the boot opening). One would be tempted to infer, therefore that the first 230s would have had a clear unit and later ones the one with lines. That still leaves the problem of all the black ones appearing to have lines, though.
I am inclined to conclude, therefore, that, because the units were actually different, the usual thing about transition models does not apply and, in fact, the first 230s had a lined unit and the later ones a clear unit. This ties in with the black model having the lines as it was available at the outset for not for long afterwards, the cream and red being the predominant colours sold. All the 253 models have the different lined unit which just happens, when fitted to look the same as the early 230 one. 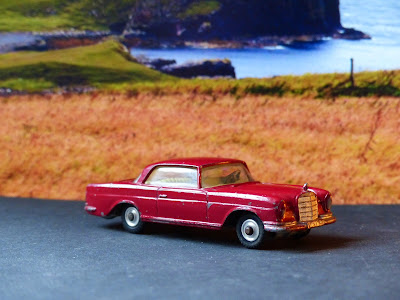 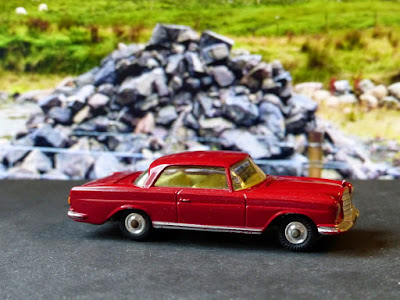 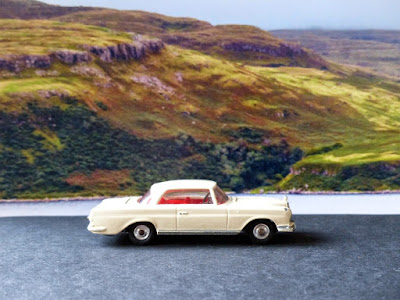 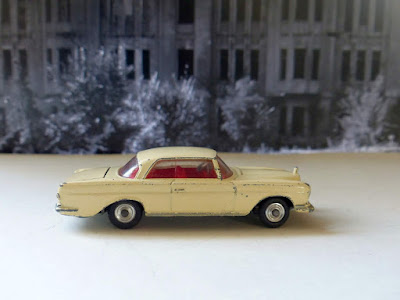 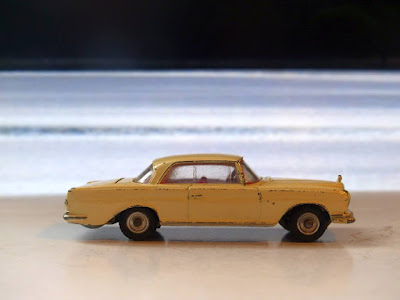 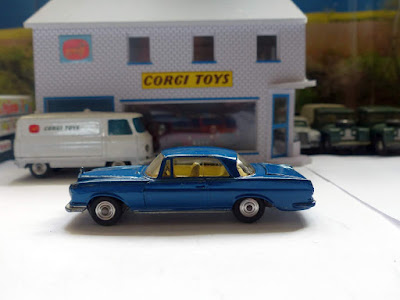 Clearly, further research is required into this. A preliminary look through the models offered by QDT over the years shows that almost all of them are clear and a correspondent, who brought this to my attention initially, states that all his 230 models were clear. These findings contradict my initial conclusion so I hope someone can assist in this matter!
In the meantime I shall revise the text on my catalogue page which made no mention of this at all.
I have often wondered why the 253 model was issued. Maybe Mercedes-Benz were unhappy about the straight edge of the boot panel and insisted upon the casting being revised and, to save a few pounds, Corgi dropped the steering in the rebuild.
Posted by Andrew Hill at 13:13