Ford Thunderbird Mechanical and a question of boxes 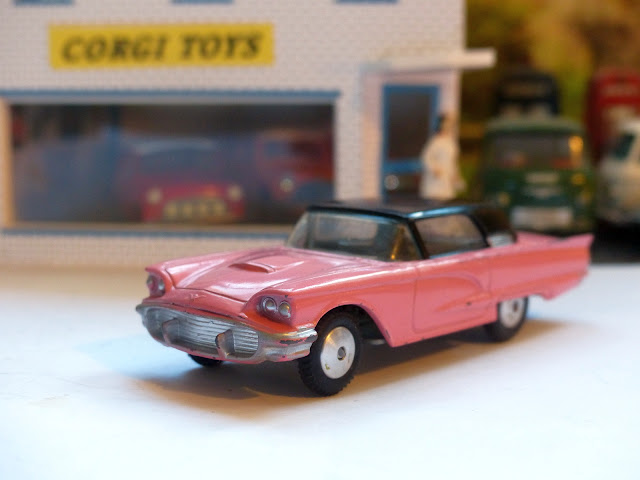 This is not something you'll see every day. A really well-preserved Ford Thunderbird in Mechanical form - and the friction motor works smoothly too. It came from an auction in the outskirts of Leicester, another surprise win from a casual bid and I suspect that it may have come from the same collector who provided the Riley Pathfinder and Studebaker that were featured in a recent article here.
It isn't perfect so was probably disregarded by those who seek only mint models in mint boxes but I am delighted to have this and think that the odd small chip isn't such a bad thing and does mean the model has seen the light of day in its 60 years of existence.
The box is a bit of a mess, with flaps at both ends missing but it is the correct box and that's not at all easy to find these days in any condition. 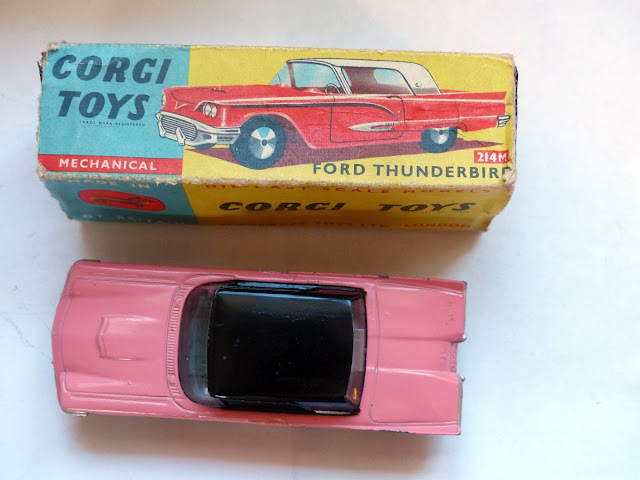 It was the box that first caught my eye, albeit for the wrong reason. I had initially thought that the 'normal' box would have been the old blue style and that this new type would be something of a rarity, especially as the model was really not around for long, barely a year before being discontinued. This model first appeared in March 1959 and I believe that this 214M and its sister the 214 model were two of the first to have only the new style yellow and blue boxes.
From what I can gather the new style of box must have been introduced in December 1958 or January 1959 because the Jaguar 2.4 Fire Chief's car, model 213, only seems to have a new style box and that was issued at the start of the year, making it the first model to have only the later box.
The previous model issued was the 152 BRM F1 Racing Car and that may have a blue box (or a yellow and blue one for later sales).
So I was not right about the box being particularly special but it is still good to have even part of one. Perhaps I should look out for the BRM in the old box, though, as that, and a few other later 1958 issues, may be a little scarce. 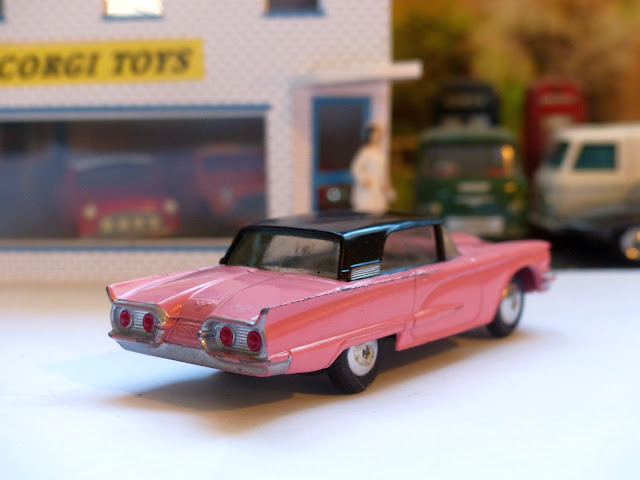 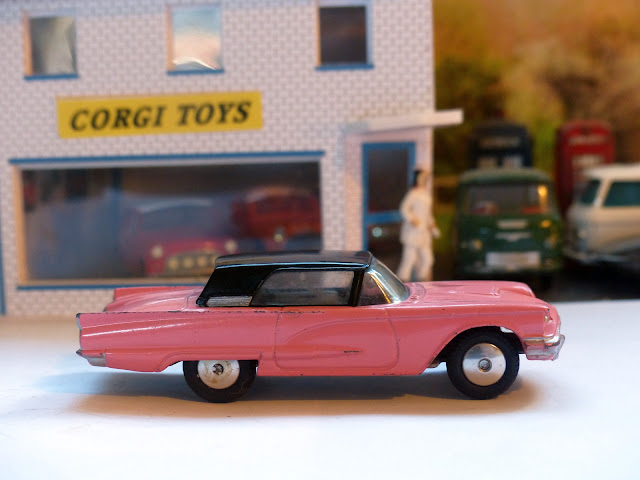