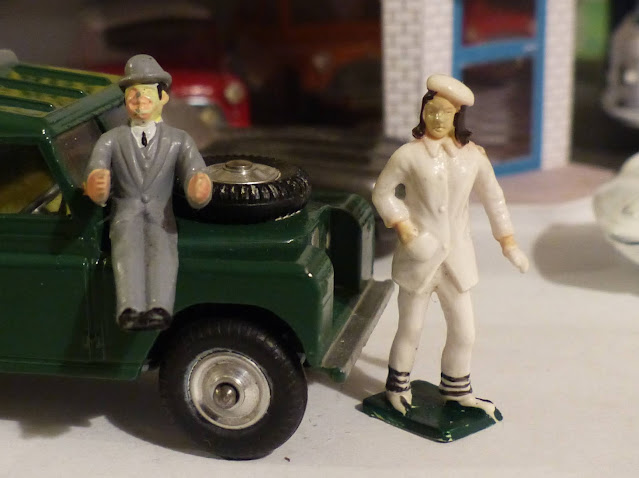 A collector in France wrote to me today to enquire whether I had considered including better-looking characters with my Avengers Gift Sets!
I had to reply to say that I could not do a great deal about the originals. And the copies are almost always a lot worse. For Steed, of course, I am not aware of any copies at all. As I have written on several occasions, the suppliers seem to use the Jeeves character from the World of Wooster set and paint that grey instead of white. The face and clothes are nothing like Steed's. Some are really quite laughable. There is one seller who uses the most dreadful copies and Mrs Peel looks really quite scary and deformed!
The original above is one of the better ones of Mrs Peel but her face is still quite masculine and rather less than attractive. 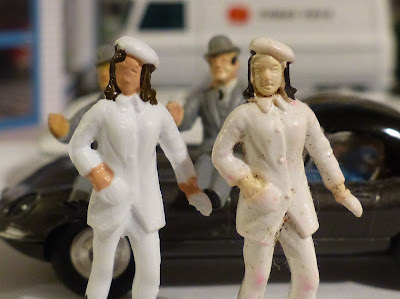 Here is a copy, next to an original that I now wish I had made some effort to clean! The blank face and heavy brushwork on the hair don't do her any favours but, as you can see in the image below, she almost looks acceptable when turned to one side. I think this was more by luck than judgement, however, and I struck lucky with the lighting! 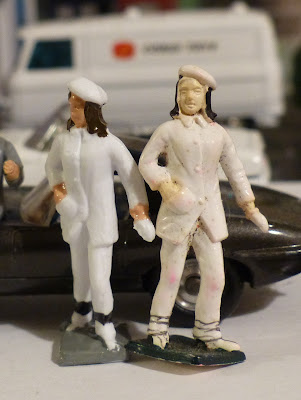 Looking at some more Steeds, I have found one that is not too bad at all. However, these are few and far between and you can see that a third example sitting next to hm has some very enthusiastic painting of what are neither sideburns nor hair that I recognise! 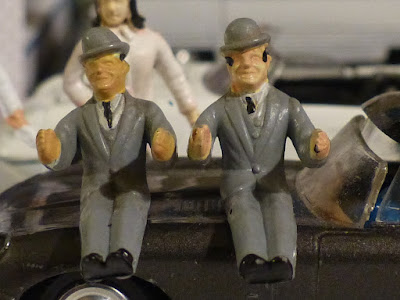 The correspondence does tie in with my having spotted some quite interesting characters for sale recently. 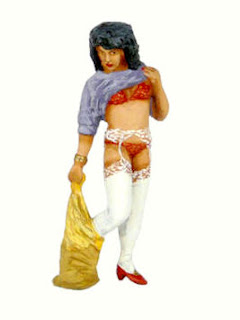 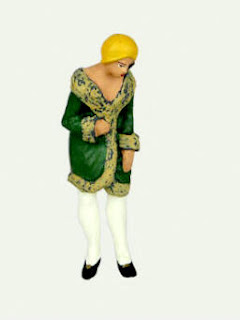 These come from Russia and the detailing is considerably better but some are still unattractive and, of course, nothing like Mrs Peel. I wonder, however, whether someone might be able to make a better job?
If anyone knows anyone who might be good at this, get in touch.
Posted by Andrew Hill at 19:02