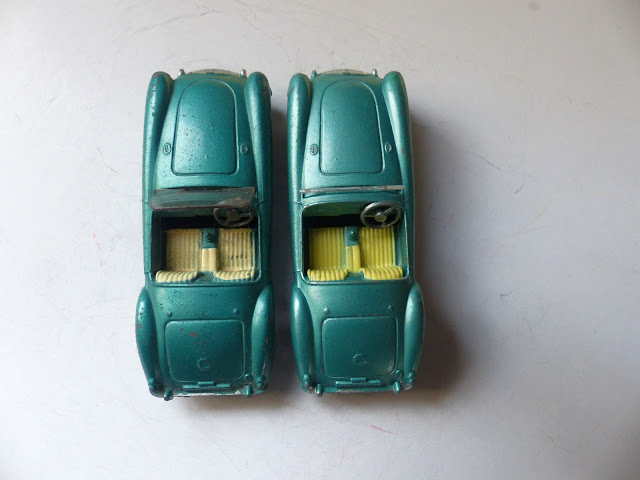 The lovely old MGA is a very attractive model and, until now I had not thought that it had much by way of variety. There were green and red colours and wheels that could be either smooth or shaped but seem always to be fixed. Although I wouldn't catalogue it, there seem to be two types of screen too - early models having a smoky grey perspex and later ones a clear screen.

Recently I came across a paler metallic green variety. the colour is more noticeable from some angles than others but the seat colour is definitely different, being quite yellow on the pale coloured model and cream on the normal shade.

Now another difference has come to light. Later models have a ridge running along the top of the front wings, most noticeable on the off-side wing. 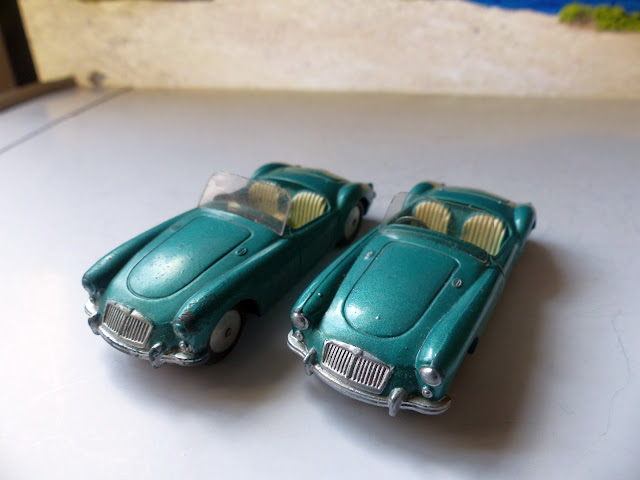 It is quite a clear difference and resembles what might have been intended to be a chrome strip except for the fact that the MGAs didn't have such a strip! 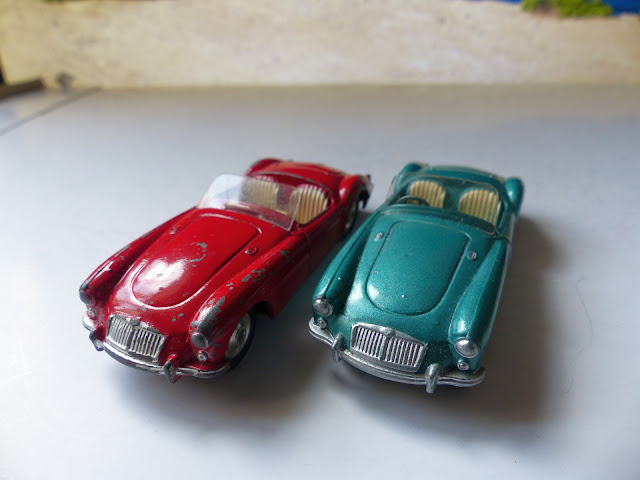 It appears to feature on all the models I have encountered with shaped wheels but I expect we will find, à la Thunderbird's 1959 plate, that there will be examples of either models with smooth wheels with the ridge or shaped wheels without it. Whichever occurs, and I doubt there'll be both, will be quite rare and worth looking out for.