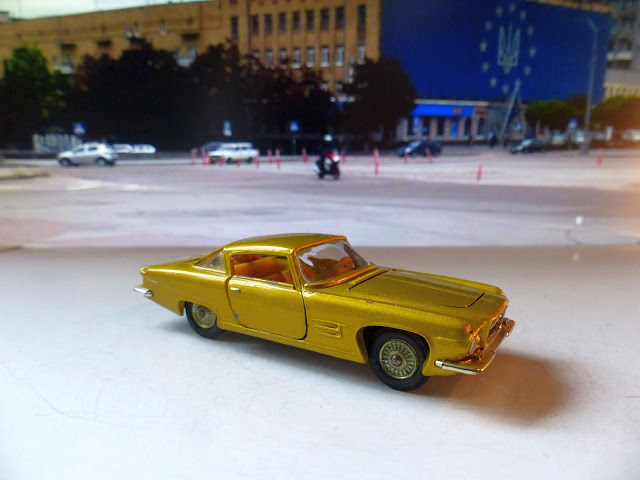 When this arrived I was convinced that I had found yet another colour Ghia L6.4. I even started writing about a honey-gold finish instead of the lemon-gold I knew about. But when I got out an example of lemon-gold that I had in stock it's clear that they're the same colour!

I had this trouble with some of the blue shades of this car but the worst problem was with the blue-green metallic Land Rovers. I have had several of these, purchased in the belief that this was a new shade I had not encountered before only to find that they were identical to all the others bought before! I managed to accumulate almost as many 438s as I did Renault Florides, indeed, still am accumulating, in my search for one without holes in the wing.

Anyway, this Ghia is quite a smart model and these later models even have suspension that has lasted - unlike their earlier cousins - by virtue of some better produced device in the chassis. The interior on this one has also turned tan. I guess this must be due to light exposure because the elements of the plastic section that can be seen in the boot and under the bonnet are still bright yellow. It did come with a box but I suppose it may well have been on display or the box has been added later. There is one difference, however, and that is the colour of the cast spoke-effect wheels. My previous example has the normal silver-grey colour but the latest model seems to have a distinct gold hue to the wheels. 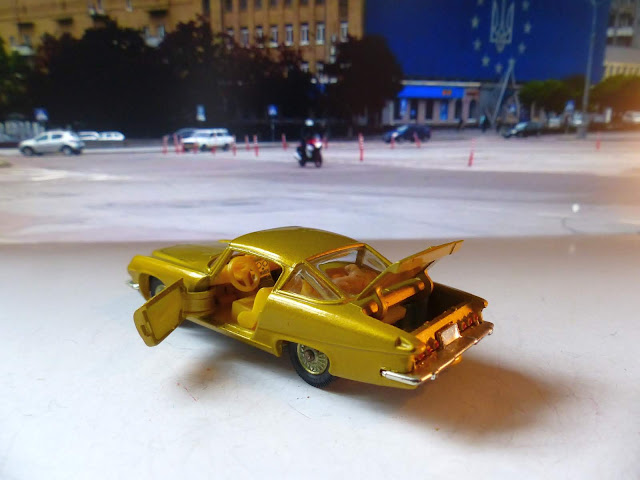 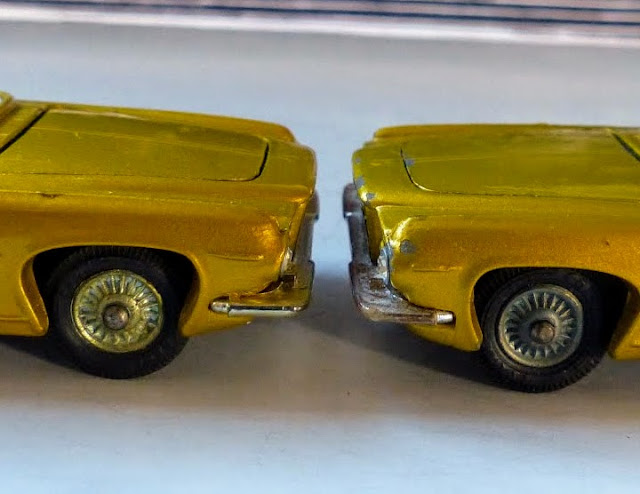 So, whilst my addition of a honey-gold edition has been unnecessary (and I shall get around to deleting it sometime from the catalogue) I shall include the different wheels at least.