As well as being the title of a 1961 episode of the classic TV series, there are certainly traps that some people may lure you into in connection with these toys. The Gift Set 40 is a wonderful presentation of John Steed in a 3 Litre 1927 Bentley and Mrs Emma Peel standing next to a Lotus Elan S2. 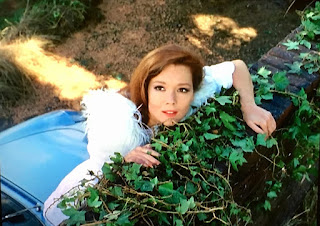 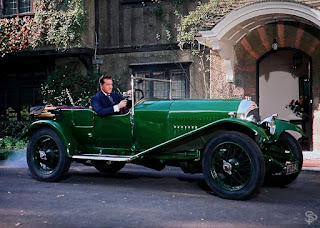 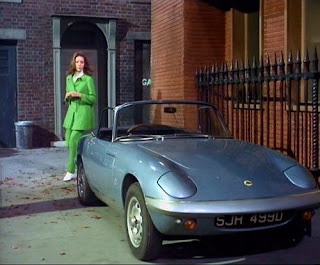 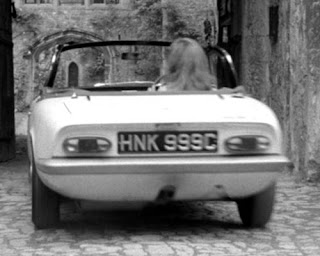 Three black folded brollies complete the scene with which I am sure all collectors are very familiar. 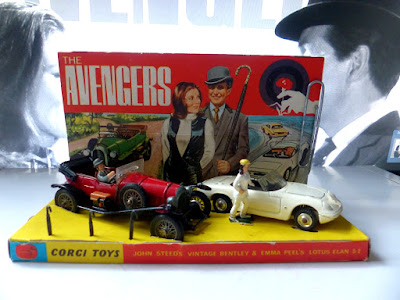 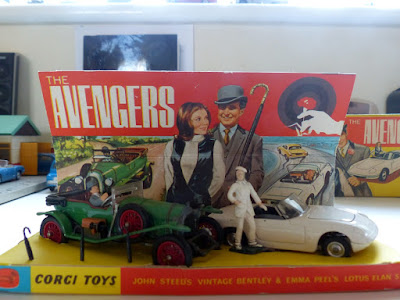 Above are illustrated two sets which I can vouch for as being totally original and unchanged since they were first bought in 1966 when they were first sold. They came out a couple of years after the 9001/2 Bentleys and I have often wondered whether their conception had been at a committee meeting to decide what to do with what might have been a large stock of unsold classic Bentleys.

Having said that, the green Bentley issued was a distinctly different shade to that of the 9001 issue. Both the red and green also had a change of wheel, the red 9002 getting steel or slightly gold-tinted wheels and the green sporting extraordinary red wheels. Now, you might be tempted to assume that Corgi simply put the steel wheels from the 9001 on the red set Bentley and the red ones from the 9002 on the green one. The steel wheels were pretty ubiquitous, accepted, but the red ones are a different, brighter colour and that still doesn't account for the noticeably gold-tinted wheels. Furthermore, the 9002 model invariably seems to have a quite gold-coloured radiator surround and lights which does not seem to have made its way through to sets which I believe are all showing the silver colour, whether red or green Bentley body.

There is a third and very scarce Bentley. 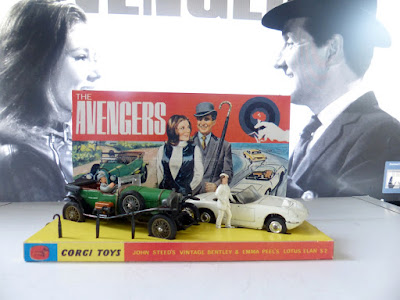 This time it is green but with black mudguards and running board. I have only just acquired this one (and the box illustrated here is a reproduction that I have put the original models in) but I have been aware of its existence for many years. 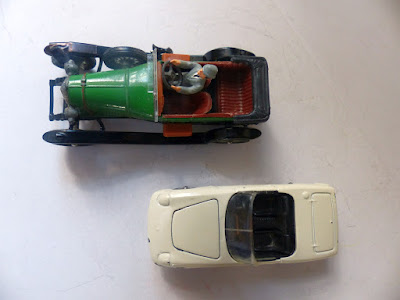 This is not, as many people will think, the 9004 World of Wooster edition. That has a dark grey, not black section that provides the running boards and mudguards. It is also a quite different shade of green and the most obvious difference if those are missed will be the fact that the 9004 has a red interior, not brown as all the Gift Set 40 models do. Amusingly, someone had moaned at the seller of this model and said that it was a 9004 and this had led the seller to include the other person's remarks! This seems to have put off other bidders and I was able to win this at quite a modest price, thanks to the person who likes to criticise listings.

It may have been the same person who wrote to me about a set I had for sale last week. It was clearly described as featuring an adapted green Bentley and not an original component but I guess he had just seen the pictures and fired off the missive telling me that the green Bentley could only have red wheels. I replied to the effect that, whilst the vast majority of Gift Set 40 green Bentleys will have had red wheels, I was selling a set that I knew Avengers fans liked and was not trying to pretend it was original. I also made the point that on a Friday afternoon shift we could never be sure, and Corgi production managers could never be sure, quite what may have been popped into the box! I am sure there will have been occasions when the supply of the 'correct' green / red or red/ gold Bentleys dried up some green/steel or even red/red that happened to be lying around may have been used to make up the numbers. Speaking to a lady who did work there in the 1960s and remembers some of the antics that they got up to and the lack of quality control some evenings, I am surprised these sets and others had such consistent contents as they did!

Incidentally, that set had been sold by the time I replied and the new owner has taken the trouble to say how delighted he is with it.

This latest set, however, will probably not find a buyer just yet as the Bentley has a chunk missing from the end of the offside front mudguard. I have a piece that can be used but need to figure out how to attach it as neatly as possible. I did want to bring this to the attention of collectors, though, so in the meantime, some black tape is holding it together! It will appear in my store but at a pretty silly price as I'd like to hang on to this one until another with an intact mudguard appears.

The rest of the car is excellent and unmarked. The rivet has not been tampered with and the rest is entirely as it should be. The Lotus is very good but has a few chips at one corner. I added HNK 999C registration plates to it. Steed and Mrs Peel are, of course, both original as I felt they should be to accompany such an unusual set.

As I write this it occurs to me that I mentioned an episode title from 1961. But a C registration Elan would have been from 1965. Mrs Peel did not appear until late 1965, when Diana Rigg entered our screens. That explains that. I have no idea what her predecessors drove. That's something else I shall research one day - and whether there are relevant Corgi models.