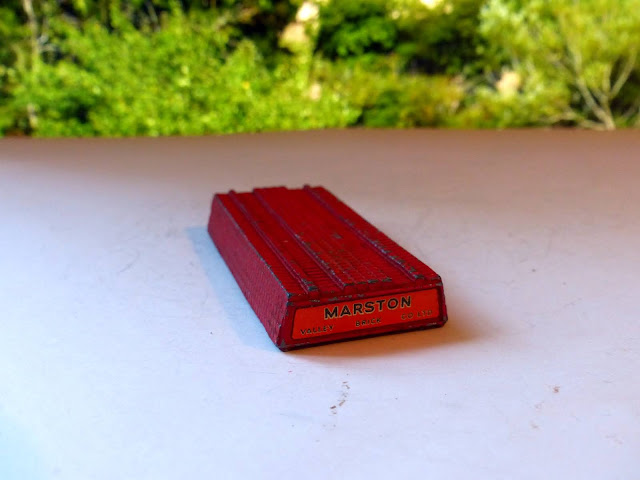 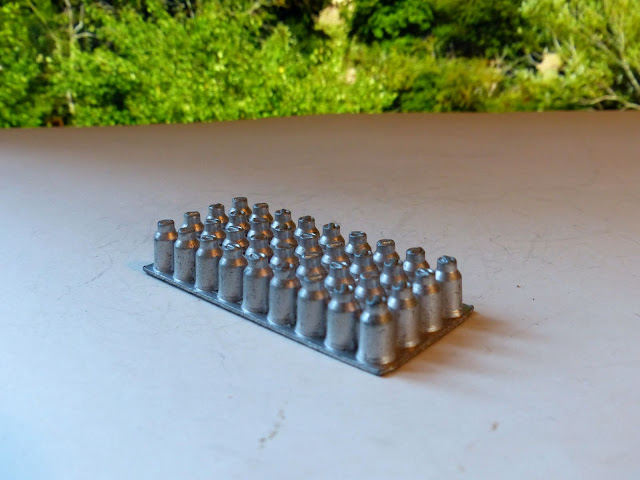 July 1960 saw two more loads added to what you could put on a trailer or the back of some lorries. These were a neat load of red bricks and 36 milk churns all stuck together.

The real event this month, though, was the issue of the first Land Rover Breakdown Truck. This splendid model could be used to lift up and tow the front or back of all your other models and drag them around the carpet. 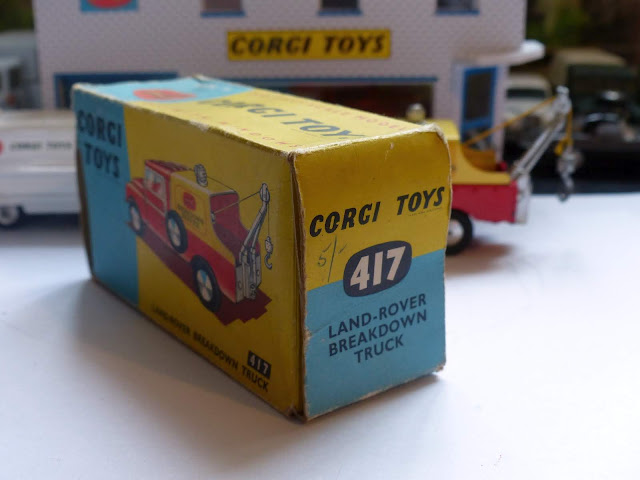 This first issue has a jib that comprises two quite thin poles with a small gap at the top for the cord to pass through. The large hook, which I always though was a bit over-sized, could be lowered and raised by turning a fifth wheel fitted to the side. the wheel would always match the other four and changes to the shaped but still fixed type later in production. 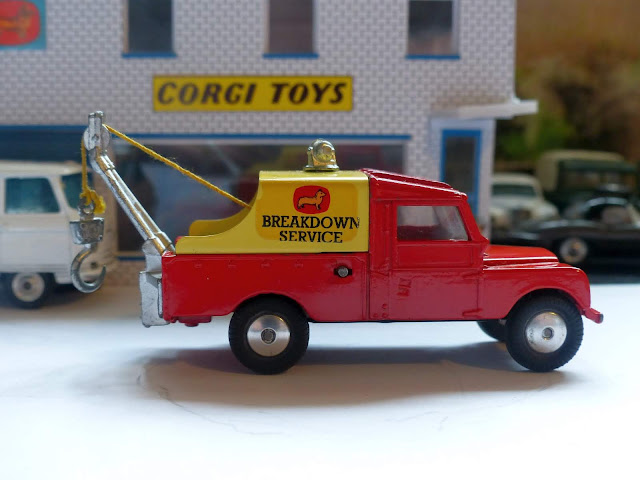 The rear section has a cut-away metal section with transfers on each side and a metal lamp that can be turned on top. 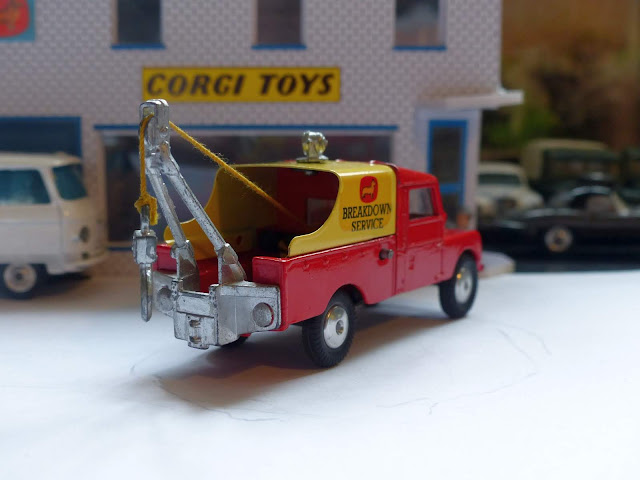 There are no variations, other than the wheels, for the 417 model that I am aware of, although it is possible that there are minor changes in the casting - usually most noticeable in how the window opening levers at the front are depicted. (I must look at these and report back!) 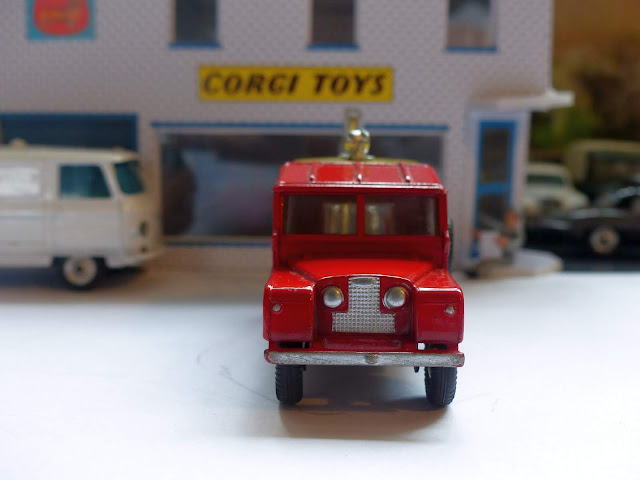 You will know that a Land Rover Breakdown Truck is one of Corgi's longest running models. The 417 will become a 417S in a couple of years and get the Series II body with an interior plus suspension. Then the 417S will get a new, stronger, type of jib but keeps the metal rear section. A 477 model appears in December 1965 and appears to be identical to the 417S except for the rear section which gets a bigger plastic canopy.

The 477 carries on through cast wheels and ends up looking slightly ridiculous with Whizzwheels sometime in the early 1970s. You'll have to wait until my articles in 2031 or 2032 for that one!