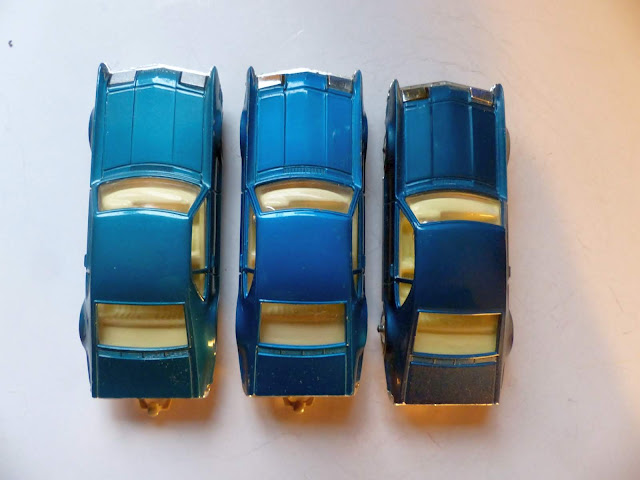 The Oldsmobile Toronado is a wonderfully attractive model which was issued in January 1967. It was model number 264. The last model I bought to play with was 263, the Rambler Marlin Fastback. That looked pretty good too but doesn't quite match the Oldsmobile which I didn't see until nearly 50 years later.

As you can see in the photo above, there is a range of quite distinct shades of turquoise - from green through to blue. 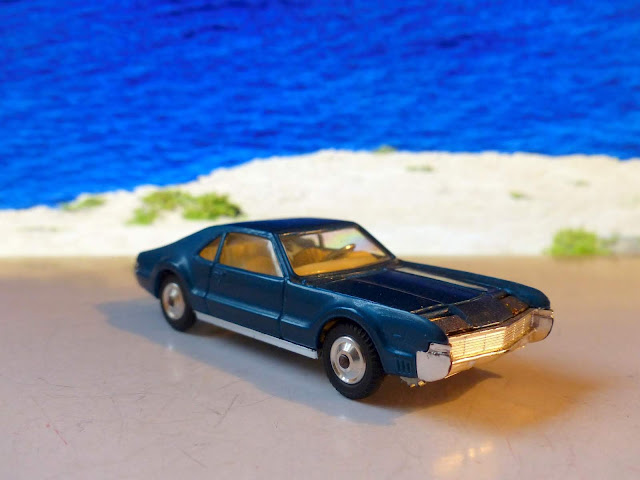 From my own collection is this beautiful mid-to-dark blue edition with shaped wheels, a rare item as almost all the others I see have cast wheels. 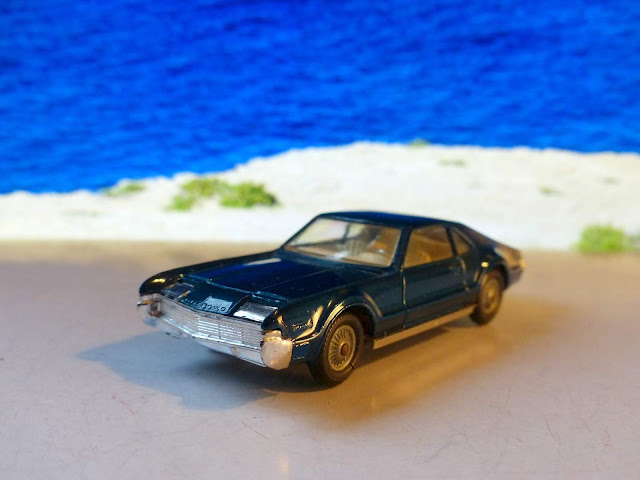 This example is more to the green end of the spectrum. 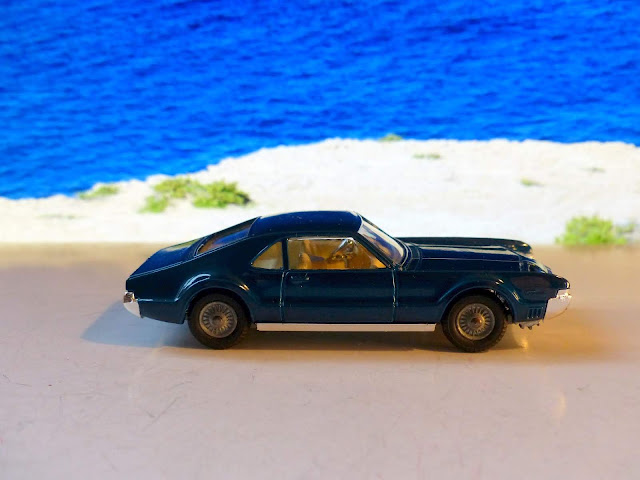 And this is a very deep shade of blue-turquoise. 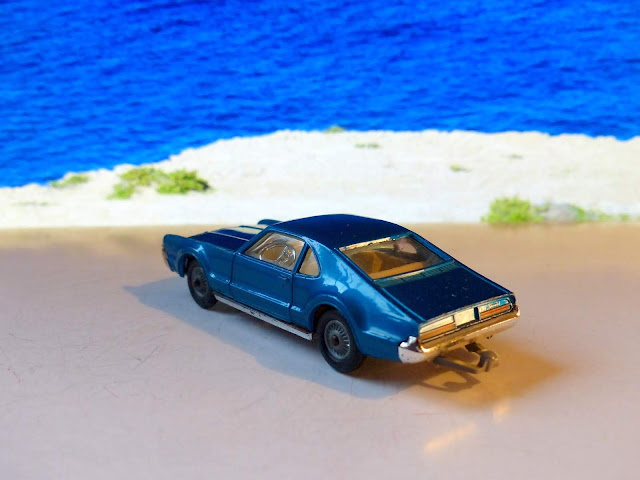 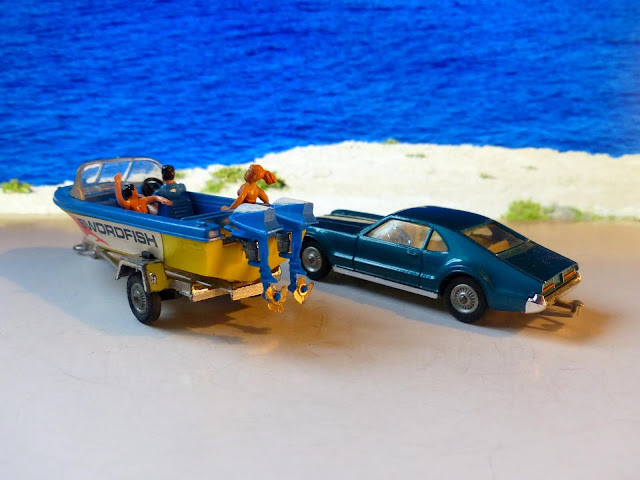 Finally, here are two that I have with tow bars - one in a quite bright blue shade and the other a most definite greenish shade!

The Gift Set 36 was issued in December 1967 and is an acknowledgement of the success of the Riviera Gift Set 31 from three years earlier. For a brief period in early 1968 you may have found both in the toy shop. An interesting comparison between the detailed card box and tray and a scene with the girl surfing in one and a rather cheaper-looking window box with models attached to a large chunk of colourless polystyrene by several elastic bands. The later set is a lot easier to display, though, assuming you do have all three of the characters. I could never get the Riviera girl to stay upright and the ropes were a nightmare.

The set and a range of the 264 models are in stock and available at the time of writing. I am looking for a box for the Gift Set - a reproduction will suffice but no-one seems to make one. I have the same problem with the Big Daktari Set 14. I've managed to gather all the parts in each case but they do need boxes.

Apart from the shades of turquoise I don't know of any significant variations of the Oldsmobile. The headlamp covers appear to have two types: a plain silver finish and a bright chromed finish (similar to what you'll find with the later and similarly spectacular Corvette Stingray issues).

I have seen models advertised with tow bars and a normal 264 box. One might think that stocks of the cars with tow-bars may have been left when production of the sets ceased and these were sent off to shops in normal boxes. The problem with this idea is that the Gift Set is said to have remained in production until 1970 whereas the 264 turned into the 276 with Gold Jacks in June 1968! So I reckon these are just cars from sets and the sellers happen to have a box to put them in and don't know any different. 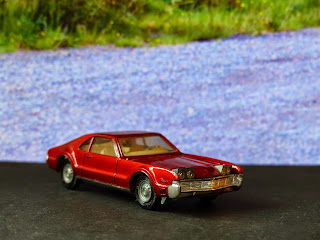 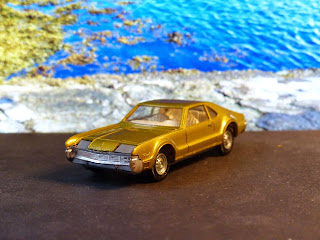 Something I do find strange is how the Gift Set 36 continues to contain the blue 264 model - apparently through to 1970 if the Great Book of Corgi is to be believed - when the Golden Jacks model was available with a tow-bar from June 1968. Perhaps the sets were made up before 1968 and just happened to stay in the lists dealers could buy but weren't actually produced after that.

The 276 edition has the same body and chromework, with the same near-white interior. A common fault with all models is the little toothed mechanism stops working or breaks and the chrome edges are quite brittle. Remarkably, all the models I've encountered have had good suspension.

Another common problem is how people miss a letter from either the brand name or model type (or both!) For a long time I thought Toronado was a misprint myself! 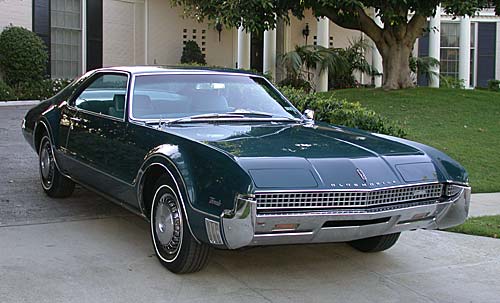 On the real thing you don't (usually) have to fiddle with a cog wheel under the bumper to raise the lights!