Corgi Toys @ 60: Impala, Thunderbird, Bloodhound and a set for America 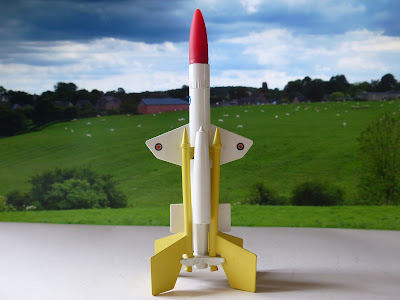 December sees the chance for parents to put missiles in their son's stocking. The Bloodhound missile had been released earlier in a set but now each of the three components, the missile, a trolley to carry it and a launch device can now be bought individually. They're all scarce in boxes. Most people did, it seems purchase one or other of the sets and so the numbers shown for sales of the items like this are very low. 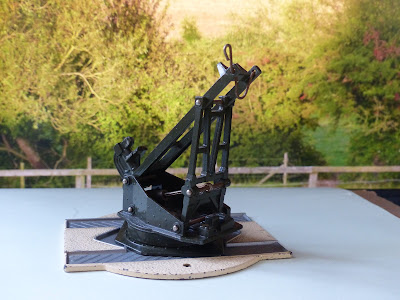 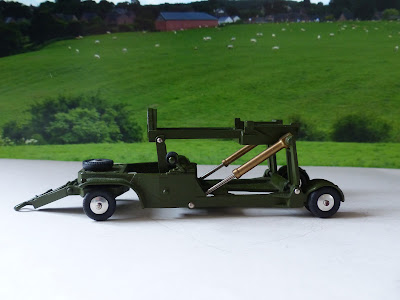 A new item this month is a convertible version of the Ford Thunderbird. Despite what Marcel may have said in The Great Book of Corgi and repeated by several web sites, this only ever appeared in white in the shops, with a blue and silver interior. This was a popular model and look very impressive. 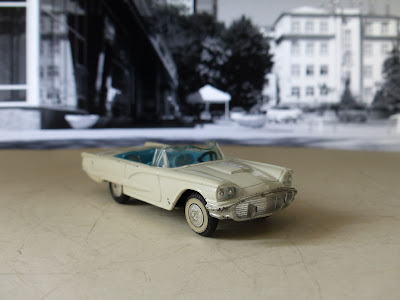 The first issue has 1959 in the casting, appearing as the rear plate. At some point this is changed and editions will be found with no year on the rear. 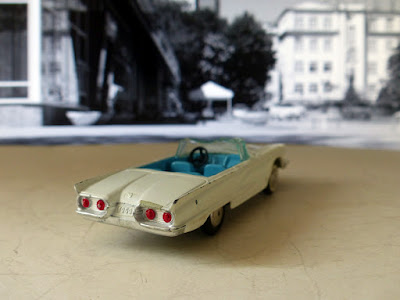 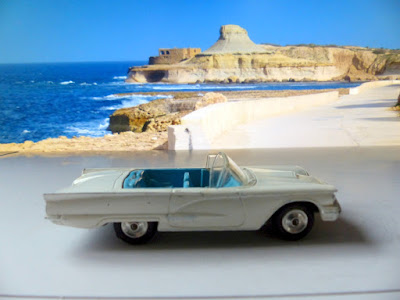 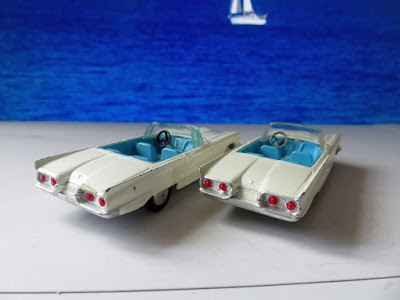 December saw the first view of a Chevrolet Impala, only the second model to get Glidematic spring suspension. It is not the saloon, though, but 223, the State Patrol model in black. 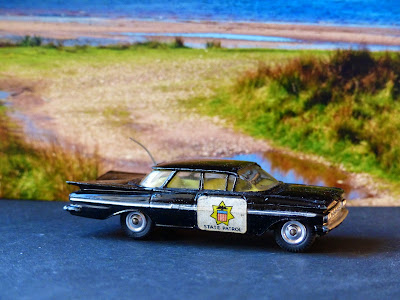 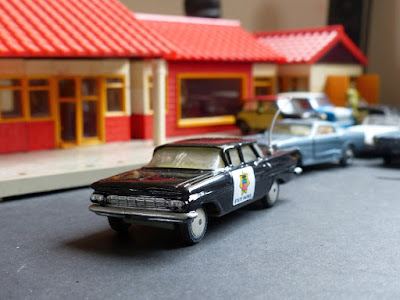 It was issued initially with a painted label and then this is replaced by a rather ugly sticker on the side. That's the only variation that I'm aware of and I have not seen a 'painted label' edition so cannot explain how different that actually is. The interior is always lemon but, with a production life spanning 1959 to 1965, you will find all three wheel types. The free-spinning may be marginally the less common.

Most years there will be a set issued for the Christmas market and this year sees an odd (and now pretty hard to find) Car Transporter Gift Set numbered 1A with American cars inside instead of the British ones in the illustration. Basically, the box is merely the Gift set 1 box with an A printed on afterwards and a with American Automobiles sticker. 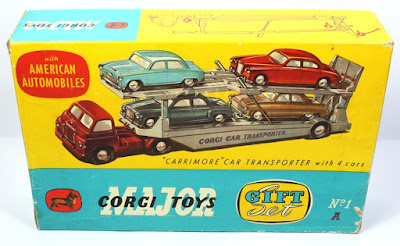 The contents are the two Thunderbirds now released, a Plymouth Suburban Sports Saloon and, surprisingly, a Chevrolet Impala sedan. The Chevrolet is not shown in the records as being released until January. So anyone getting this set may well have had a model that was briefly only available in the 1A set. How often will it turn out that the only way to get certain variations of model would have been to buy the Transporter Gift Set.

It seems that it would be the blue Impala and every illustration I've seen shows this with a lemon interior. A strange set in another way, one car having suspension and being notably more modern than the other three.

In due course Gift Set 1B appears which seems to have the Plymouth on board but with a Citroen, Mini and Triumph for company and no 'American Cars' reference. But that's for a future post, I guess.