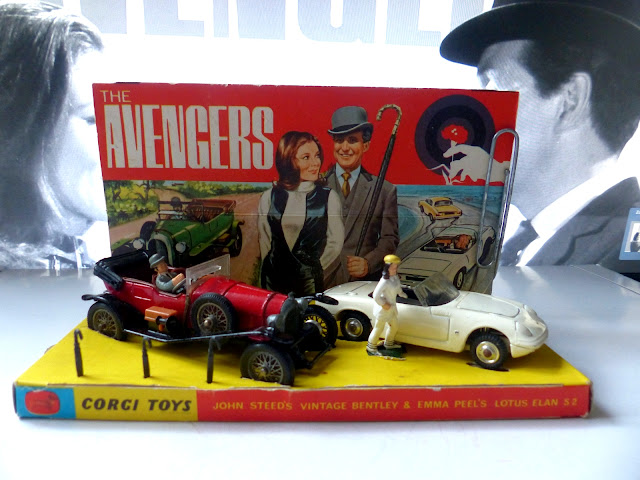 I am pleased to have available another all original Gift Set 40 for The Avengers. Apart from the brollies. The outer box is missing a small flap but is otherwise good and with little damage. 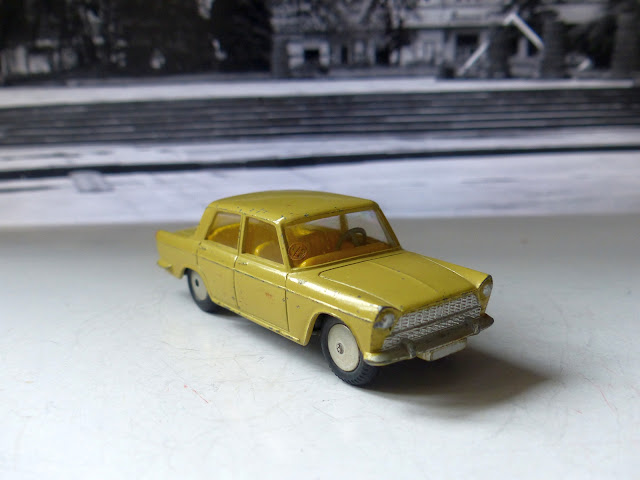 Acquired for a friend, this Fiat 1800 in mustard was thought by the seller to have been a repaint! It's actually one of the best examples of this harder to find colour that I've seen. 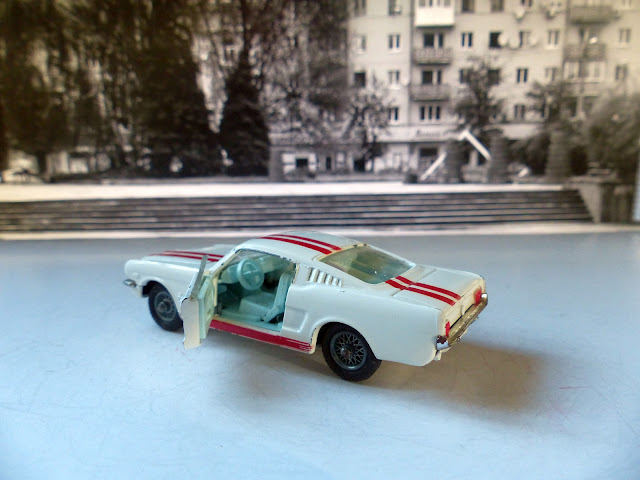 The Mustang with a red stripe on the sills is quite scarce. Someone with a red felt tip pen can make a pretty good effort at replicating it but this one is genuine. 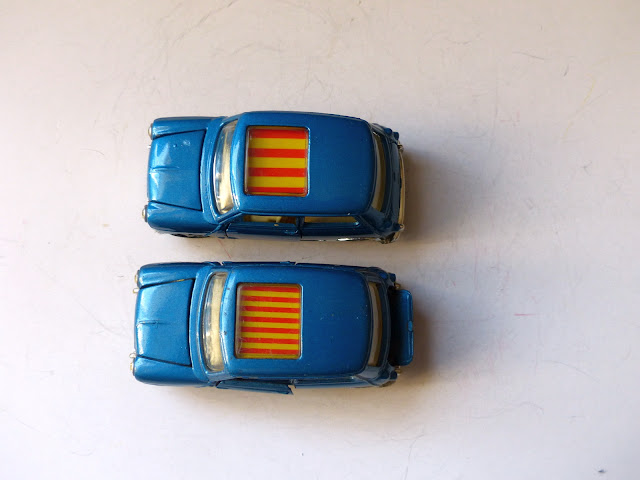 Again something acquired for a friend, the little blue Mini Magnifique looks lovely when it has all its paint and chrome intact. This one is also the edition with a wider bands on the  sliding roof section. From my observations, the narrow bands are the far more common. 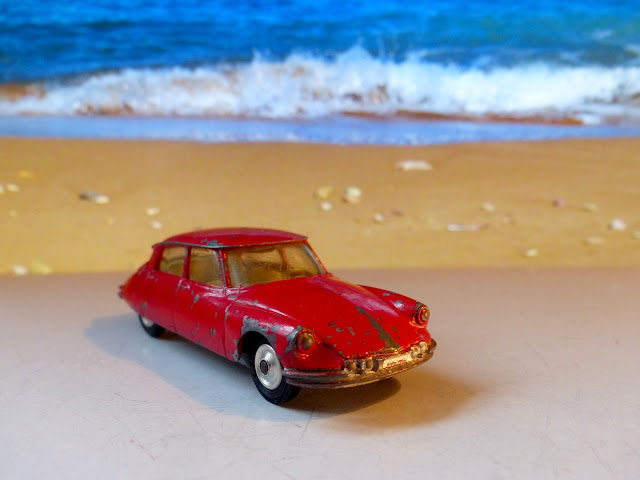 Another late edition Citroen with fog lamps in the casting but also another with poor paintwork. This also has the free-spinning shaped wheels, the model being one of only a few which can be found with all three of the earlier types of wheel - smooth fixed, shaped fixed and the free-spinning type. 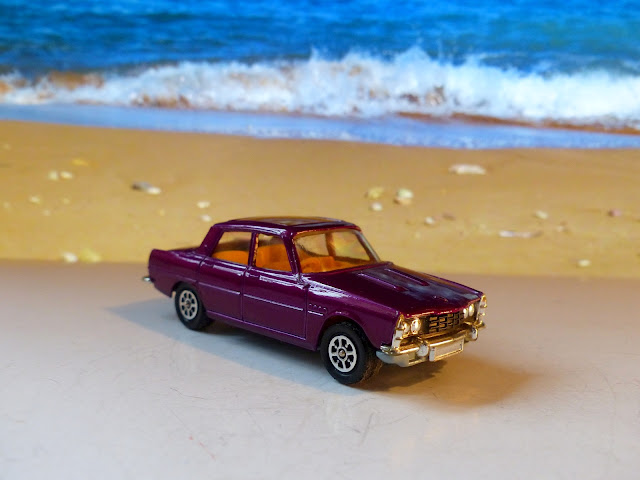 The scarce Whizzwheels Rover does look glorious in its deep purple finish but the paint seems to chip off so easily that examples like this one are really few and far between. I have some others in stock but all have a chunk of paint missing at some place or another which does spoil the overall appearance considerably. This one, however, is the first I've seen outside auction web sites with no damage at all. 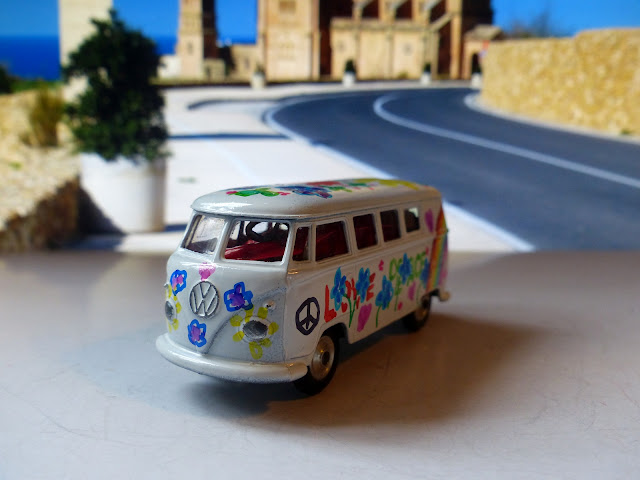 A VW Military Personnel Carrier came along in really bad condition so it got the same treatment as an International Truck did earlier last month. This one isn't finished, though. The flowers around the headlights need more definition and I've just noticed that the interior has not been fitted correctly. 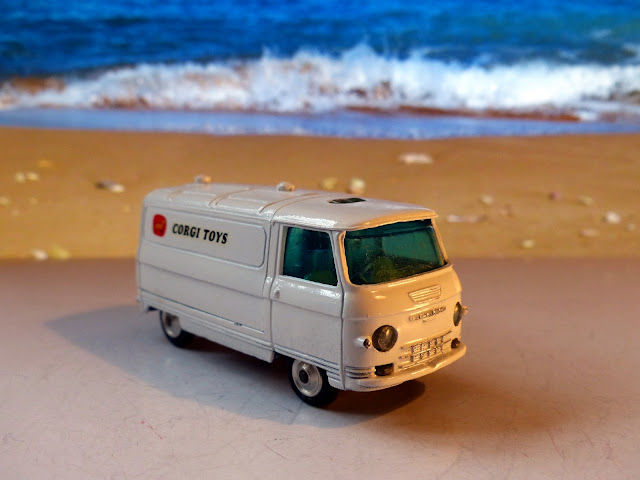 Another wreck got the white paint treatment but I decided against covering this one with flowers and just added transfers instead.